Among his many honors, he has gained a place on the New York Times Children’s Best Sellers list and on the 2003 Children’s Literature Choice list.

He has received a National Cartoonist’s Society Reuben Award for Book Illustration, the 2004 Christopher Award for his book illustrations, a 2007 and 2010 Maryland Blue Crab Award and the 2009 California Young Readers Medal.

He illustrated the best-selling “Can’t Do” series, including What Dads Can’t Do (2000) and What Moms Can’t Do (2001) for Simon and Schuster. 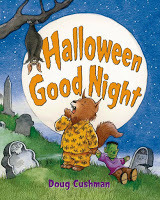 He has displayed his original art in France, Romania and the USA, including the prestigious Original Art, the annual children’s book art show at the Society of Illustrators in New York City.

He is fan of mystery novels and plays slide guitar horribly. He enjoys cooking, traveling, eating and absorbing French culture and good wine—even designing wine labels for a Burgundy wine maker—in his new home in St. Malo on the Brittany coast in France.

Welcome Doug! Thank you for taking the time to answer a few questions about illustration and the SCBWI Bologna Illustration Gallery (BIG) at the Bologna Children’s Book Fair.

You have had a long career in the children’s publishing industry, illustrating both your own stories, as well as the stories of other writers. Do you have a favorite medium for illustrating children’s books?

I love watercolor with pen and ink. There is so much expression one can have using ink line with the occasional “happy accidents” in watercolor. Pretty much all my books have been rendered in those two mediums.

It was more controlled in the beginning, but I’m trying to loosen up now. For a couple books I did everything: writing, watercolor illustration and hand-lettering the display type and entire text including the copyright. I even simulated aged, yellowing, lined notepad paper with watercolor, hand drawing each blue line on every page of the book.

My philosophy is: do whatever it takes to make the book work.

Has that changed over the years? 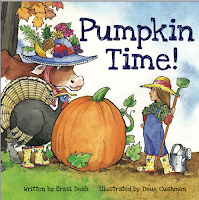 Moving to Paris loosened me up a bit. A few years ago, I rendered three books in acrylic, something I’d wanted to do. I love the bright colors and thick brushstrokes. I even added some collaged elements as well.

But, for me, the medium I use depends on the story. The technique I use to illustrate a book must complement the heart and soul of the story. An illustrator should never force his style on a text.

I’ve discovered digital painting recently. There’s a lot one can do with it. I’m having a grand time playing with my Wacom tablet, but I believe my training as a traditional artist has held me in good stead. Knowing the craft of drawing and painting has always helped me out with a multitude of problems! Yet, the story always dictates how I approach the way I draw my pictures.

So it varies from project to project. What influences your choice of style and medium for a given project?

The story is always the first thing that defines my approach to a project, even when I’m the author. An illustrator must read what’s between the lines as well as what’s on the page. The author is telling a certain story, the illustrations must work in harmony with the text.

A good example is The Wind In the Willows by Kenneth Grahame (1908). The master draftsman Arthur Rackham illustrated one (1940) edition.

He’s a brilliant illustrator, one of my favorites. But his style was so wrong for the atmospheric and slightly goofy story (Toad driving a car!). He was perfect for Grimm but not for the animal denizens living along side an easy, flowing river. E.H. Shepard’s illustrations are spot on.

What qualities do you think are important for an artist to have in order to be successful as children’s book illustrator?

Patience! Flexibility and a thick skin are paramount as well. This is a tough business. So many books are being published every year. But there’s always room for someone with a different voice, a unique way to look at the world.

Be aware of the trends but never be a slave to them. Follow what interests you. It may take longer but in the long run your work will be more sincere and that will catch the attention of editors and art directors. Honesty always shines through. 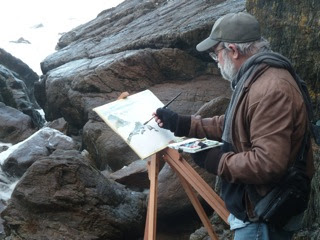 As writers, we talk a lot about voice, both the voice of the character, as well as our own authorial voice. Do illustrators have a voice as well? What about individual projects, or even characters?

Absolutely, illustrators have a voice. Like writers, it’s the way we see life.

In my case, I see the silliness, the zaniness in the world and through my characters, both human and animal. I’ve been told that one of the qualities people like about my work is the expression on my characters.

That’s part of my voice, my way of interpreting a text and the world in general, that internal struggle, waiting to get out. It’s like being an actor; artists must get inside the skin of the characters they’re illustrating, feeling what they feel. But, as I said earlier, the voice of the illustrator shouldn’t interfere with the voice of the author. They need to play off of each other, work in tandem together.

As a judge for the BIG, what makes an illustration stand out to you? 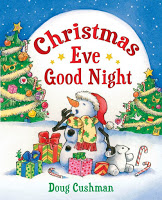 The BIG is a show of illustration, not just an exhibition of pretty pictures. I’m looking for art that is not only drawn and painted well, wonderfully composed and executed, but also tells a story.

I confess that much of what I see in the grand Bologna Book Fair judged art shows are marvelous paintings but they don’t tell any stories. We’re talking about book illustration here, art that serves a purpose. In many ways it’s harder and a much higher calling than easel painting.

I want to see something that dives deep into a story and tells me something in a way I haven’t seen or thought of before.

Why do you think participation in illustration showcases such as BIG is important for illustrators?

Exposure is one factor. Getting noticed. Working for a specific purpose is important as well. I’ve submitted illustrations to many judged shows with very specific criteria; size restrictions, medium, subject matter, etc. I haven’t always been accepted, but in the process of working on these pieces, I’ve learned something and expanded my working methods.

In almost every, case these pieces have always been the most popular and the most “Wow!” paintings in my portfolio. Picasso said a studio should be a laboratory.

I think shows like BIG can be a way to experiment with new ideas and techniques. Who knows? You may stumble across a way of working that may change your artistic career.

You have been to the Bologna fair on several occasions. How has your experience of the fair changed over the years? 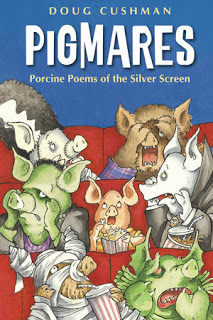 I’m not sure that my experience has changed that much. But that’s not to say I’m bored!

It’s always exciting to see what’s being published around the world. I expect to see new things and I’m rarely disappointed. Of course digital publishing has grown since I started going to the book fair so it’s much more influential.

Through the years I’ve met more editors, art directors and illustrators so I know more people and it’s always fun to renew old friendships. And, of course there are the restaurants that I go to on a regular basis.

Over the years I’ve become friends with one of the owners. Now, that’s really exciting!

What are your “must-do’s” when you are there?

It can be overwhelming for a first timer. My suggestion is to wander around and “absorb” what you see, not seeking out anything specific. Take notes, jot down what strikes you.

If you open yourself to everything, you’re guaranteed to see something you would have missed if you were focused on a certain goal. I love wandering the “foreign” stands (foreign to this American, at least). There is so much creativity happening all over the world. I confess, working mainly in the American market, it’s easy to become too provincial in my thinking.

Any first time fair attendee should see as many books in as many stands that are not her market. It’s a real inspiration.

Also, as a “must-do”, I try to make a trip to Florence, only 40 minutes away by train. It’s every artist’s heritage, birthplace of who we are. It’s a lovely town chockablock with history and art (with some nice markets and restaurants!) It’s well worth a day off from the fair or staying the extra day.

Will you be in Bologna in April?

Definitely plan to go. I missed it last year and feel the need to return.

Will you be participating in the ever-popular Dueling Illustrators event at the SCBWI booth?

Yes and it’s always great fun. In past years I was teamed up with Paul O. Zelinsky, which is always a great thrill, and honor.

Thank you Doug! I look forward to seeing you in Bologna in April. 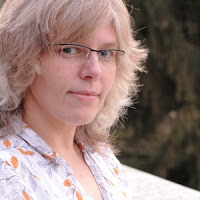 She writes for middle grade readers and serves as the Regional Advisor for the Swiss chapter of the Society of Children’s Book Writers and Illustrators.

When not writing, she can be found walking the dogs, playing board games, and spending time with family and friends. Twitter: @fictionforge