By The Ezra Jack Keats Foundation

The Ezra Jack Keats Foundation, in partnership with the de Grummond Children’s Literature Collection at The University of Southern Mississippi, announced the winners of the 30th annual Ezra Jack Keats Book Award.

Each year, a new writer and new illustrator are celebrated. The 2016 award ceremony will be held April 7 during the Fay B. Kaigler Children’s Book Festival at The University of Southern Mississippi in Hattiesburg. The winners receive a gold medallion as well as an honorarium of $1,000.

“We are proud to present the Ezra Jack Keats Book Award to the best new talents in children’s illustrated literature each year. These are writers and illustrators whose books reflect the spirit of Keats, and at the same time, are refreshingly original,” said Deborah Pope, Executive Director of the Ezra Jack Keats Foundation. “This year is Ezra’s 100th birthday! So we are especially delighted to celebrate him by honoring those whose books, like his, are wonderful to read and look at and reflect our multicultural world.”

“The Keats Archives at the de Grummond Children’s Collection is a happy reminder of the joy that Ezra’s books have brought to readers and the impact they have had on children’s book makers.

“Once again, we see that influence in the work of this year’s EJK Book Award winners. We are confident that they’ll join the long list of illustrious past winners whose books continue to delight and make a difference,” said Ellen Ruffin, Curator of the de Grummond Children’s Literature Collection.

Lois Lowry, two-time winner of the Newbery Award for Number the Stars (1990) and The Giver (1994), will present this year’s Ezra Jack Keats Book Awards. Michael Cart, columnist/reviewer for Booklist and a leading expert on young adult literature, will deliver the Keats Lecture. 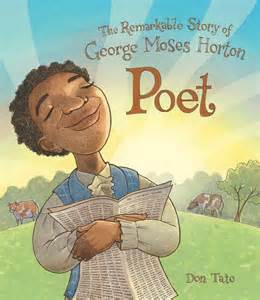 In the South before the Civil War, it was illegal to teach slaves to read, but George Moses Horton loved words too much to be stopped. He taught himself to read as a child and grew up to be a published poet, while still a slave.

Writing about slavery for young readers is challenging but important, and Don Tate succeeds brilliantly, in an engaging, age-appropriate and true narrative.

Tate said, “Three years ago, I won an Ezra Jack Keats honor award, one of the proudest moments of my career. I never imagined being considered again… this time [for] the top award. There has always been a special place in my heart for Ezra Jack Keats. When he chose to picture brown children in his books, he chose to acknowledge me. I wasn’t invisible to him.

“As a creator of color in a field that sorely lacks diversity, it can be easy to sometimes feel unseen. This award serves as a reminder to me that I am not invisible and that my work matters.” 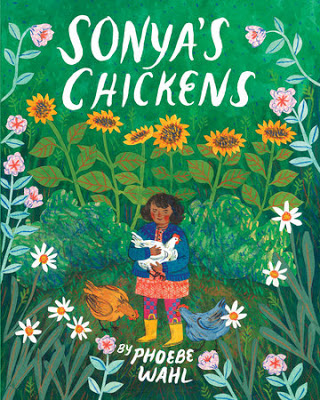 Sonya’s dad presents her with three baby chicks to care for, and she does her job well, providing food, shelter and lots of love as they grow into hens. Then one night, Sonya discovers that one of her hens is missing! But as her father explains, the fox stole the hen because he loved his kits and needed to feed them.

The circle of life is gently and exquisitely depicted in Wahl’s rich and colorful watercolor and collage illustrations of a multicultural family’s life on a farm.

Wahl said, “Keats’ work stands out as some of the most impactful of my childhood. I can directly trace the roots of my obsession with pattern, color and my use of collage to my affinity with the lacy baby blanket in Peter’s Chair. Keats inspired me to create stories that are quiet and gentle, yet honor the rich inner lives of children and all of the complexity that allows.

“I am humbled to be associated with Keats’ legacy in being presented with this award, and I am so grateful to the Ezra Jack Keats Foundation and the children’s literature community for this show of support and encouragement.” 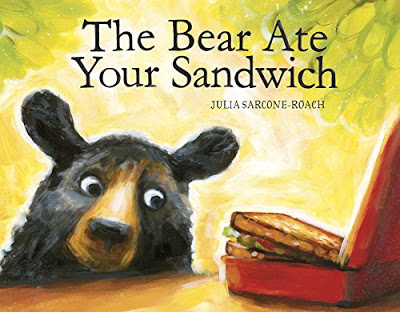 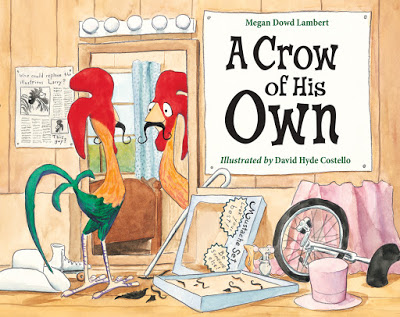 Megan Dowd Lambert for A Crow of His Own, illustrated by David Hyde Costello (Charlesbridge) 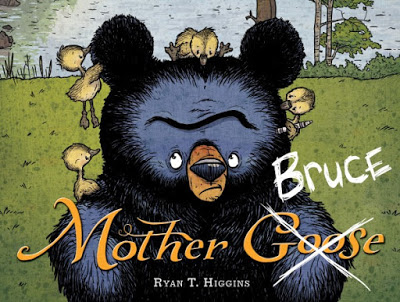 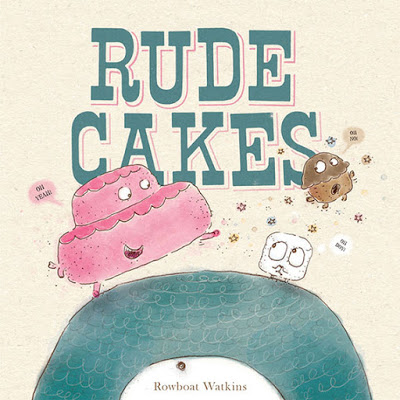 To be eligible for the 2016 Ezra Jack Keats Book Award, the author and/or illustrator will have no more than three children’s picture books published prior to the year under consideration.