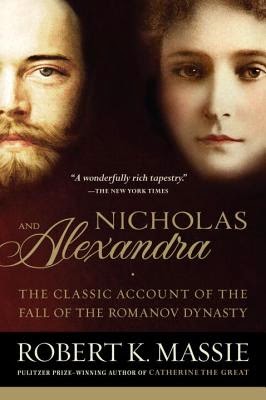 I first read Robert K. Massie’s Nicholas and Alexandra (Atheneum, 1967) the summer between my seventh and eighth grade year after pulling it off my mother’s bookshelf.

“You’re not going to like that,” she warned. “It’s pretty dense history.”

She was right. It was dense, but I loved it! Imperial Russia (and its demise) intrigued me. I was hooked!

And that sense of curiosity has stuck with me over the years. I’ve read dozens of books on the topic. I’ve watched documentaries and gone to museum exhibits. And I can recite – seriously – whole passages from Boris Pasternak‘s Dr. Zhivago (1957).

But I’d never considered writing about the Romanovs until five years ago. That’s when students in middle schools – mostly girls – suddenly started asking if I knew anything about Anastasia Romanov.

I would visit a school and inevitably during the question-and-answer period of my presentation a hand would wave wildly in the air. No matter that I’d come to talk about Eleanor Roosevelt or Mary Lincoln. Time and again I found myself talking about Tsar Nicholas II’s youngest daughter. 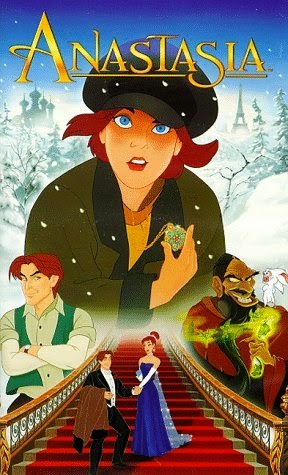 Why the sudden interest in Anastasia?

I finally found answer. Those students had seen the 1997 animated movie, “Anastasia,” and realized it was based on a nugget of truth.

But what was that truth? They longed to know. And they hoped I could tell them.

Sadly, in the little time allotted, I really couldn’t… not enough anyway. And so I began to conceive of a book for them, one that would reveal the truth about Russia’s last imperial family.

It’s a story as big as the country itself – compelling, heartbreaking and, at times, downright weird.

Imagine this: The Russian royal family is living a fairy-tale existence. The richest man on the planet, Tsar Nicholas II owns one-sixth of the world’s land, thirty palaces, gold and silver mines, five yachts, an endless collection of priceless painting and sculpture, two private trains, countless horses, carriage and cars, and vaults overflowing with precious jewels. The Romanovs have it all!

But Nicholas is a man of limited political ability. He’s simply not suited to rule Russia. And his wife, Alexandra, is held spellbound by a charismatic, self-proclaimed holy man named Rasputin. She believes Rasputin can save her hemophiliac son, Alexei, from bleeding to death. Desperate, she will do anything – anything – including handing over the reins of power to the charlatan.

Meanwhile, in the palace there also live four, beautiful grand duchesses – Olga, Tatiana, Marie and Anastasia. But they are kept isolated from the world by their paranoid and overprotective parents. They don’t attend balls or banquets. They don’t have any friends their own age, or suitors, as they grow older. The have only each other. Living in this bubble stunts them emotionally.

Even at age twenty, Olga giggles like a schoolgirl and blushes when she sees an onscreen kiss. And with all this craziness going on inside the palace gates, no one is paying any attention to the dark clouds that are gathering outside them.

Starving, war-weary Russians are tired of Nicholas and Alexandra’s inept rule. They revolt, and the Romanov’s fairy tales lives come crashing down, leading to ninety days in captivity… a horrific and bloody mass murder… hidden bodies and rumors of escaped princesses. Riveting, yes?

And demanding. Every word of my telling had to absolutely true. Those middle-schoolers deserved it. And so I plowed into research, following four paths of inquiry.

The first path was primary research. After all, the heart of all research is the firsthand accounts and eyewitness testimonies of those who lived through an historical event. And so I read reminiscences written by the children’s’ tutors, by Alexandra’s ladies-in-waiting and by Nicholas’ courtiers. I delved into the royal family’s letters and diaries and other personal papers. I read Yakov Yurovsky’s chilling account of the murders; statements from the guards; depositions from the priests and cleaning women who visited the Romanovs in their last hours. All of it was so personal, so intimate.

If you think about it, primary research really is the height of nosiness…and probably the reason I love it so much. I get to be part detective, piecing together testimony from all that conflicting testimony; part gossip, reporting on all the juicy details I uncover.

My second path? Secondary source material. There are hundreds of books about the Romanovs and the Russian Revolution (although almost none for young readers). Dozens of scholars have made the rigorous examination of Russia’s past their life’s work. They’ve written insightful, enlightening histories. I read dozens of these. 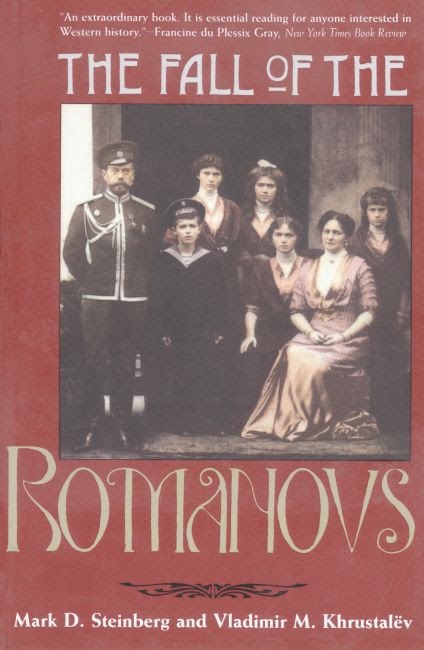 For months every night I curled up with books with titles like The Russian Revolution of February 1917 or The Fall of the Romanovs. There’s no denying that my book stands on the shoulders of these works.

All my nonfiction titles have been immeasurably improved by their time and effort. But no one was more helpful than Dr. Mark D. Steinberg, professor or Russian, East European and Eurasian studies at the University of Illinois at Champaign-Urbana.

In the course of my own research, I’d come to rely on Dr. Steinberg’s work – his accessible histories of Russia, his impeccable translations of documents recently released from the Russian archives, his re-examination of Nicholas’ leadership abilities, his new and brilliant scholarship on Lenin. Can you tell I’m a fan?

So as the first draft of the book neared completion I approached him tentatively. More than anything, I wanted him to read what I’d written. I wanted his opinion and knowledge. I wrote him, explaining my purpose and my readership. Then I crossed my fingers and hoped he’d answer. 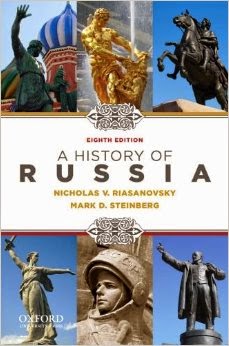 He did…enthusiastically. Over the course of the next six months, he read my draft, made suggestions, pointed out errors, suggested more appropriate source material and forced me to look at the evidence in different ways. He sent along books and articles he believed would help in my work. He re-read portions of the book I’d reworked based on his comments, and patiently answered what must have felt like a tireless stream of questions throughout the entire publication process. That’s generosity!

Last, but certainly not least, my fourth path took me traveling. It’s important, I think, to visit the places where the story happened. Landscapes speak and houses hold memories and secrets. This was especially true when writing The Family Romanov: Murder, Rebellion, and the Fall of Imperial Russia (Schwartz and Wade, 2014).

Not only was visiting Russia the best part of the research process, but it also contributed volumes to my understanding of the story. Just walking around and feeling St. Petersburg’s air brought the family closer to me. At Tsarskoe Selo, I wandered down shaded lands and through lush gardens.

I didn’t just learn how the place looked. I discovered how fragrant the lilacs are after a rain shower, and how the ornamental bridge creaks when you cross it. I discovered how vast and empty the place is. It didn’t feel lived in. And I suddenly imagined that’s how the place must have felt to Alexandra. It was all so grand, but so lonely. No wonder she searched for something more intimate. For the first time I understood her choice to hide her family away in a set of rooms in the small Alexander Palace. I understood her. No historical document could have given me that.

So I wasn’t prepared for how homey the space was. These were rooms people lived in. None of it felt royal. It was a country house, rather than a palace.

And again, I couldn’t fault Alexandra for her choice. She’d created a nest for her family, away from the prying eyes of the world. What mother doesn’t want to do that? In fact, for the first time I began to admire – just a tiny bit – her decision to turn her back on those royal trappings.

I’d walked through her rooms at the Winter Palace earlier – the place she abandoned for Tsarskoe Selo – and they’d been so gorgeous, so regal, so cold. I began to see why she wanted her family to be here instead of there. And it made me rethink those primary accounts I’d read earlier.

I’d bought into their criticism until I saw the Romanov’s home. But
now I was questioning those eyewitnesses. Alexandra was growing more
nuanced…more complex… more human.

Oh, and there is one
last, important discovery from that trip to the Alexander Palace. In
none of my sources had anyone mentioned how close the palace sat to the
front gate. I’d assumed it was somewhere in the middle of the park,
away from prying eyes. Not so.

The tall, main gate with its golden, double headed eagle opens directly onto the palace’s circular driveway. Every day the family could look through its iron grillwork to the town of Tsarskoe Selo just on the other side. It gave me pause.

The family was so close to its people. They were right there, just on the other side of the gate. The Romanovs could look out their windows and see them. They could hear their people’s voices from the palace balcony. They could smell their cooking and their livestock. They really weren’t as physically removed from the people as sources led me to believe.

It gave me pause.

Why, I wondered, didn’t the Romanovs feel more attachment to their subjects?

The question led me down entirely new paths of thought. And it eventually led to the book’s inclusion of first-hand worker and peasant accounts under the title, “Beyond the Palace Gates.”

The result? Five years later, I can say I’ve offered up my answers to those middle-schoolers’ questions. Is it the royal fairy tale most of them imagined? Probably not, but it’s definitely the truth. And really, isn’t that what they wanted all along?

4 thoughts on “Guest Post: Candace Fleming on The Family Romanov: Murder, Rebellion, and the Fall of Imperial Russia”