Some of those writers want to work out whether their stories on the upper cusp of teenhood are YA or NA, and others just want understand this new category that brushes up against their own.

Here are five key differences you need to know about YA and NA:

1.) Age: Yes, age matters. YA protagonists are usually 12 to 18 years old, still living the high school life or under some kind of adult oversight or power structure. NA protagonists are 18 to 25, often in college or taking first steps into career.

Notice the overlap at 18? Some young people are free from adult oversight at that age and are embarking on the next phase of life, so you’ll find them in NA. This is where you can get tripped up by focusing on age as the delineator: People point to stories of teen orphans or adventurers out battling the world for survival, far from their parents. Does being on your own mean you’re no longer a teen? No one would claim that about 14- and 15-year-olds, but what about 17- and 18-year-olds? At what age do you draw the line? See, problematic. That’s why numbers 2 and 3 below matter, too.

2) Narrative sensibility and character mind-set: This is about how your characters process the world, which affects their priorities, goals, dreams, and fears, and it’s about about how they express themselves.

Teens are typically starting to look outward as they try to find their places in the world and realize that their actions have consequences in the grander scheme of life.

In contrast, new adults are typically picking up the self-exploration that began in adolescence, expanding their worldviews and becoming fully self-responsible after leaving some kind of adult-regulated life. They are now free to determine their own schedules and activities, are generally responsible for no one but themselves, and are increasingly making their own life plans as they gain wisdom through experience.

Overlaps remain between the two life phases, though. Friendships are intensely important to both age groups, although in new adulthood the traditional family structure gives way to a new “family” of friends. That word “new” matters, as new adulthood is a time of immense change and new stuff. Thus, new adulthood throbs with instability and the stress that goes with it.

Peer pressure is also important to both groups, as the part of the brain that helps us inhibit impulses, plan and organize our behavior to reach a goal, and manage our reward system isn’t done developing until age 25. This means teens and new adults are hyper-interested in risk-taking situations and very influenced by peer pressure; only, NAs are now totally free to indulge, so the partying and other risky behaviors can intensify.

This is why many people describe NA as seeming “bigger” or more intense than YA, even though teenhood is pretty dang intense itself.

3) Circumstances: The storylines we create for each age group reflect their phases of life. YA fiction features teens yearning for full independence despite their lack of experience and perspective. These young people think big and take big action, struggle with over- and under-confidence, mature in their decision-making and coping skills through their adventures, and embark on their first forays into romance, with romantic attraction becoming a significant part of life.

NA stories show young people with a little more experience under their belts—often just enough to make them over-confident. We get to watch them deal with the realities of that independence they craved, have high expectations for themselves that don’t always match reality, strive to break from their teen social status and build an identity from scratch, continue to mature in their decision-making, take big risks as they experiment and explore, and delve into more intense romances, laced by self-exploration and influenced by new a freedom to explore their sexuality.

Because there’s lots of planning and replanning during new adulthood, NA fiction includes first forays into careers, allowing the characters to test their career plans before they have to settle into adult life.

4) Sexual Explicitness: Romance is a part of almost every upper YA and NA story, as well it should be—love is a main area of identity exploration starting with puberty. Teens tend to be exploring love for the first time, trying to understand what it feels like, and NAs are starting to gauge who they want to be in these relationships and what they want out of their partners.

The explicitness of the physical love scenes differs for the two categories, big time. YA has its sexual content but writers must be sure that their level of detail is organic and necessary to the story. Generally, that which doesn’t happen off-scene altogether is softened so as not to be overly graphic. Even so, those stories can face “gatekeeper” challenges because they’re clearly positioned as teen fare.

The constraints are gone for NA, which is marketed for over-18s. New adults are free to explore relationships and sexual identity, experimenting as interest, opportunity, and willing partners allow. 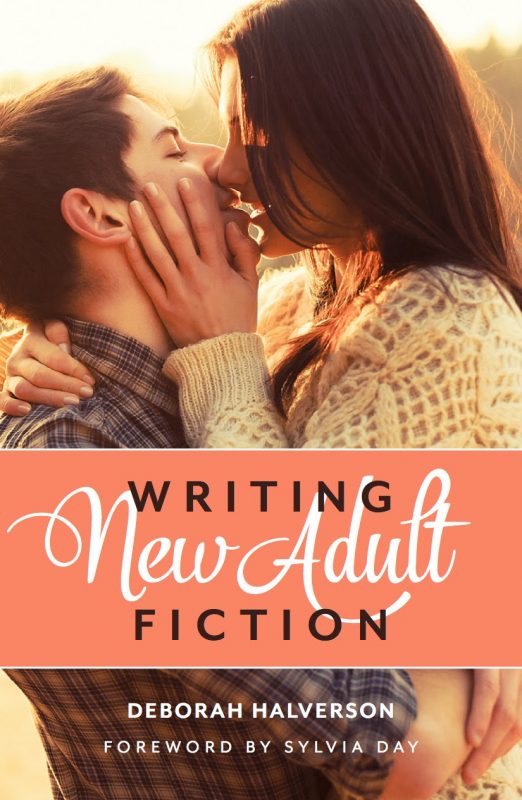 5) Audience: The YA audience includes teens and “crossover” adult readers.

NA may get some teen readers because young people do read up, but that said, many teens aren’t interested in that time of life yet.

NA writers who craft stories about 18-year-olds are aware they may have young readers, so often they’ll opt for a “Mature YA” label, giving them the elbow room to go into more detail with the sex but still keeping it tame.

We don’t have industry studies to confirm this, but it’s believed that the biggest NA readership is that same crossover adult readership that made YA a publishing industry juggernaut.

New adults themselves are considered a large secondary readership, happy to see their experiences finally reflected in their own fiction.

I hope these five things illuminate how YA fiction and NA fiction are near neighbors yet still distinct categories.

Personally, I’m happy to see NA fiction in the mix—the category is exciting for readers who long craved stories about this time of life, and it’s exciting for writers who yearned to explore the new adulthood experience and now have the opportunity to do so.

Deborah Halverson is a veteran editor and the award-winning author of Writing Young Adult Fiction For Dummies.

Deborah was an editor at Harcourt Children’s Books for ten years and is now a freelance editor, the founder of the popular writers’ advice website DearEditor.com, and the author of numerous books for young readers, including two teen novels.

One thought on “Guest Post & Giveaway: Deborah Halverson on Five Things YA Writers Should Know about New Adult Fiction”