Launching in Winter 2021, Heartdrum will offer a wide range of innovative, unexpected, and heartfelt stories by Native creators, informed and inspired by lived experience, with an emphasis on the present and future of Indian Country and on the strength of young Native heroes. Submissions guidelines for the imprint are available on the HarperCollins website and Smith’s contact page.

“I’m deeply honored to be working with legendary editor Rosemary Brosnan to further connect my brilliant, creative community with the most important audience—young readers,” says Smith. “Now is the time for positive, heartening change in the form of resonant representation across all age markets and formats. We have life-affirming, page-turning stories to share.”

Brosnan adds, “I am excited to be partnering with Cynthia Leitich Smith on this groundbreaking initiative. Cynthia is deeply knowledgeable about books for children and teens, and about books by Native authors, and I’m delighted that she will lend her expertise to our new venture. There is a dearth of books for children and teens by Native authors and illustrators, and we will work together to build a strong list.”

Heartdrum will fully center around intertribal voices and visions and the launch list will include Ancestor Approved, an anthology of stories that take place at an intertribal powwow, edited by Cynthia Leitich Smith, and The Sea in Winter by Christine Day (Upper Skagit). Future projects include novels by Brian Young (Navajo) and a chapter book series by Dawn Quigley (Turtle Mountain Band Ojibwe).

“HarperCollins is dedicated to publishing books with a wide breadth of representation so that all children see themselves in the books they read,” says Suzanne Murphy, President and Publisher, HarperCollins Children’s Books. “Drawing on the expertise of Cynthia Leitich Smith, Heartdrum will publish debut and established authors and illustrators across all genres for children and teens that reflect the diversity of Native people.”

The Heartdrum name and logo pay tribute to the connection between the drumbeat and the heartbeat it evokes of the Native community. Logo artist Nasuġraq Rainey Hopson (Iñupiaq) says, “The Native American population is beautifully diverse, and I wanted to capture the elements that we had in common and that unite us all: our connection with nature and our path towards balance and unity.”

As part of the imprint’s mission, Heartdrum will make an annual donation to the We Need Diverse Books (WNDB) Native Fund, to be used for writing workshops. “WNDB is excited to partner with Cynthia Leitich Smith and HarperCollins Children’s Books to host a series of workshops designed to support and celebrate Native creatives,” says Ellen Oh, Chief Executive Officer of WNDB. “Heartdrum is a much-needed addition to children’s publishing.”

In 2014, We Need Diverse Books began as a simple hashtag on Twitter. The social media campaign soon grew into a 501(c)(3) nonprofit with a team that spans the globe. WNDB is supported by a network of writers, illustrators, agents, editors, teachers, librarians, and book lovers all united under the same goal – to create a world where every child can see themselves in the pages of a book.

Heartdrum Brochure from HarperCollins. More about the imprint and a peek at winter-summer 2021 releases. 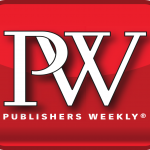 by Sally Lodge from Publishers Weekly. Peek: “‘Knowing Rosemary for so many years, I know that she has been actively and thoughtfully advocating for and publishing in areas of diverse representation, including Native authors,” she noted. “Rosemary has been genuinely committed to driving that editorial wagon for a long time, with wisdom, savvy, and heart.'”

Interview: Cynthia Leitich Smith of the new HarperCollins Imprint, Heartdrum at From the Mixed-Up Files of Middle Grade Authors. Peek: “We’re talking about a steadily building groundswell of support, over many years, that has been the most successful when Native voices have taken the lead and true friends have listened respectfully and responded proactively in cooperation.”

Heartdrum: HarperCollins Launches New Imprint Dedicated to Indigenous Stories from Unreserved at CBC Radio. Peek: “The new imprint plans to publish a range of genres and styles for children of all age groups — with the idea that everyone deserves a bit of representation in the works they see.”

HarperCollins Children’s Books is one of the leading publishers of children’s and teen books. Respected worldwide for its tradition of publishing quality, award-winning books for young readers, HarperCollins is home to many timeless treasures and bestsellers such as Charlotte’s Web, Goodnight Moon, Where the Sidewalk Ends, Where the Wild Things Are, and The Hate U Give; series including The Chronicles of Narnia, Ramona, Warriors, A Series of Unfortunate Events, Pete the Cat, Fancy Nancy, Divergent, and Red Queen; and graphic and illustrated novels such as Nimona, Invisible Emmie, and New Kid.

You can visit HarperCollins Children’s Books at www.harpercollinschildrens.com and www.epicreads.com and HarperCollins Publishers at corporate.HC.com.