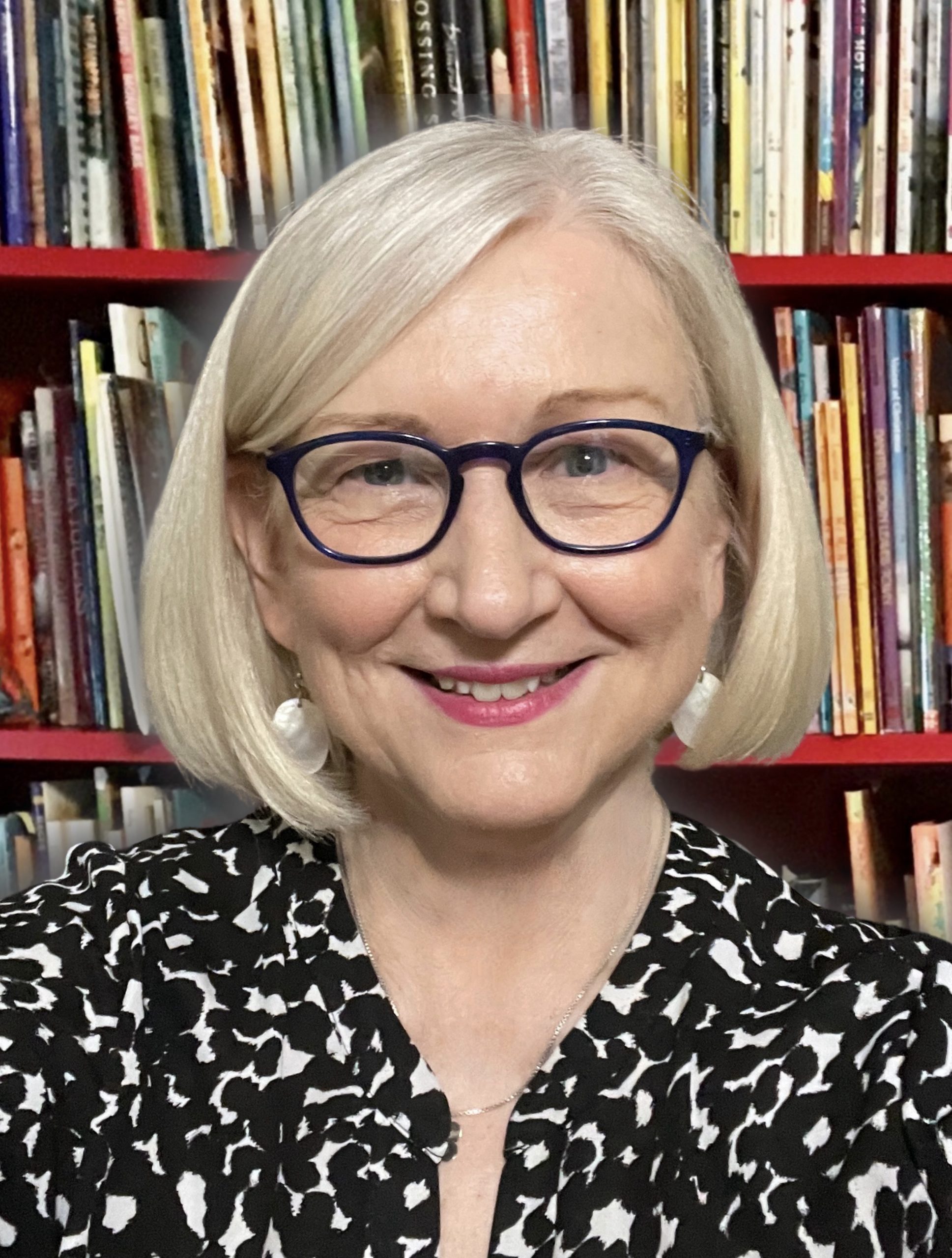 Many of you might know the International Board on Books for Young People (IBBY) best as that organization that awards the Hans Christian Andersen Award biennially to an author and an illustrator whose complete works have made a lasting contribution to children’s literature. But there is so much more to the organization.

Today I’m happy to reintroduce Cynsations readers to Sylvia Vardell. We most recently featured Sylvia with her co-author Janet Wong last April with Guest Post: Janet Wong & Sylvia Vardell Take Us Behind the Scenes of their New Poetry Anthology Sylvia is a professor of children’s literature, writer and publisher who serves on the board (Executive Committee) of IBBY. I’m thrilled that she was able to talk with me about the work that IBBY and USBBY are doing to promote literacy and access to books for children around the world. Thank you for talking with me, Sylvia! 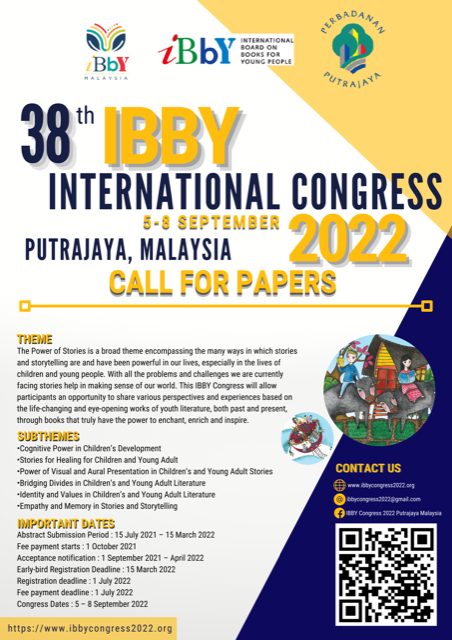 Can you tell us more about USBBY and its parent organization, IBBY?

Elisabeth, thank you so much for reaching out and inviting me to share about USBBY and IBBY. I’m always happy to help spread the word about these terrific organizations.

Let’s start at the top. IBBY is like a United Nations of children’s literature—a non-profit organization that represents an international network of people from all over the world who are committed to bringing books and children together. IBBY has national affiliates or “sections” in 80 countries from Afghanistan to Zimbabwe each with its own membership and work.

Together as IBBY, they maintain an active agenda of holding biennial Congresses or conferences, publishing a respected journal, Bookbird, and an Honor List of outstanding literature for young people around the world, awarding prizes and medals like the Hans Christian Andersen Award and two major reading promotion awards. They also coordinate special activities like International Children’s Book Day, a special collection of books for children with disabilities, special exhibitions, and funds for supporting literacy projects and initiatives around the world.

IBBY is led by an Executive Director (the awesome Liz Page) with a small staff based in Switzerland, and a President and board or Executive Committee (EC) with 10 elected members from around the world. I am lucky enough to be one of those 10 members serving on the EC. We meet twice a year, once at the annual Bologna Children’s Book Fair in Italy in the spring and once in the fall at settings around the world. During the pandemic, our meetings have had to be virtual and our first meeting included 19 people across 10 different time zones! 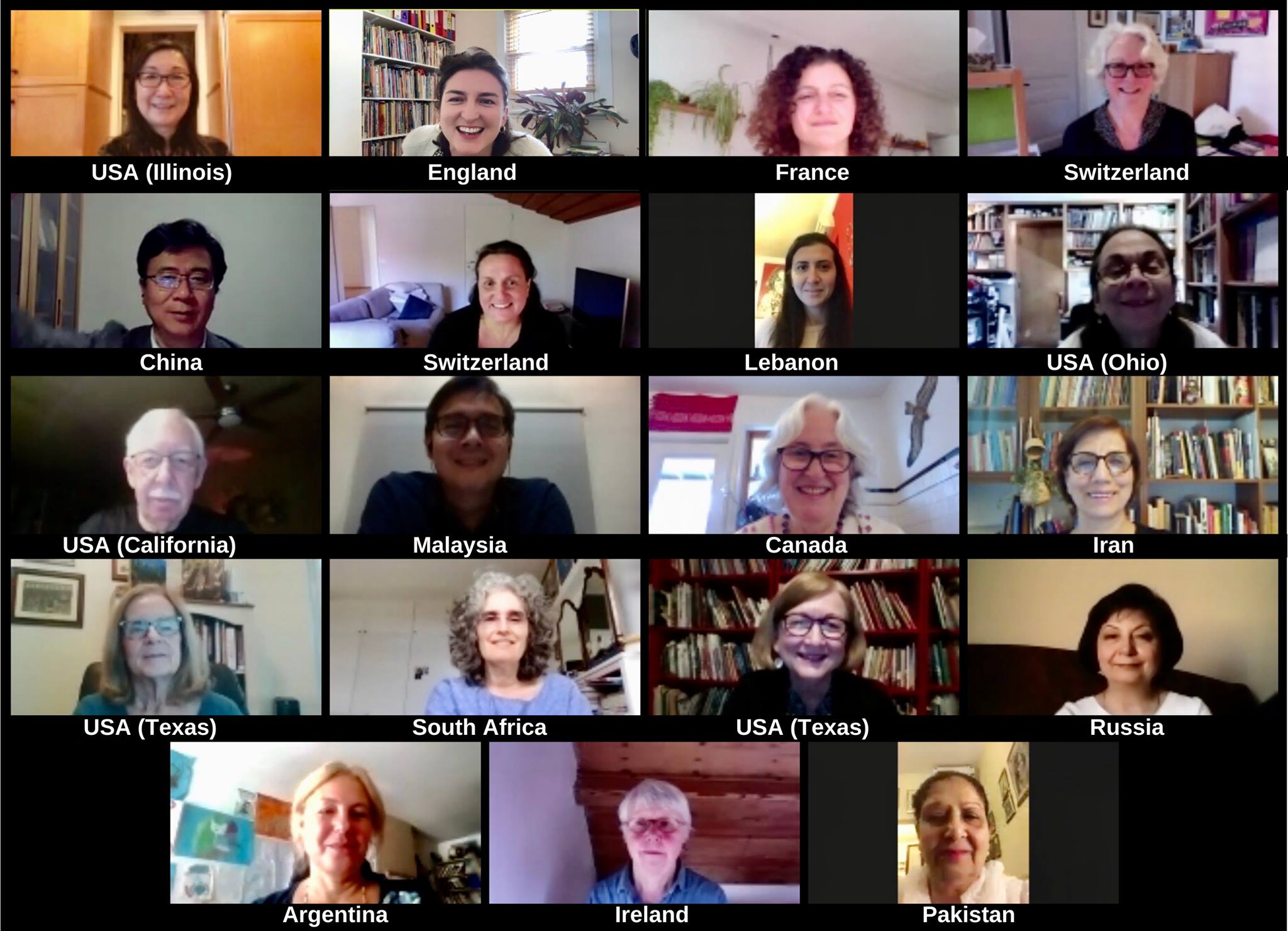 USBBY is the section of IBBY housed in the United States and it has its own President, board, newsletter, and a biennial regional conference that includes the U.S., Canada, and Mexico. The next conference will be in March in Nashville, Tennessee.

My favorite thing about both these organizations is how I learn about books, authors, and illustrators in countries outside the United States and how beautiful and fascinating their work is.

Children’s books from France or China reveal the unique perspectives on children’s literature in those countries as well as transcend the borders between us. This is where I was introduced to Issa Watanabe’s gorgeously illustrated picture book, Migrants (Gecko Press, 2020), published in Mexico. and Everybody Counts (Wide Eyed Editions, 2020), a creative counting book by Kristin Roskifte from Norway, for example. Check out the USBBY annual list of Outstanding International Books for more eye-opening children’s and YA books from around the world. 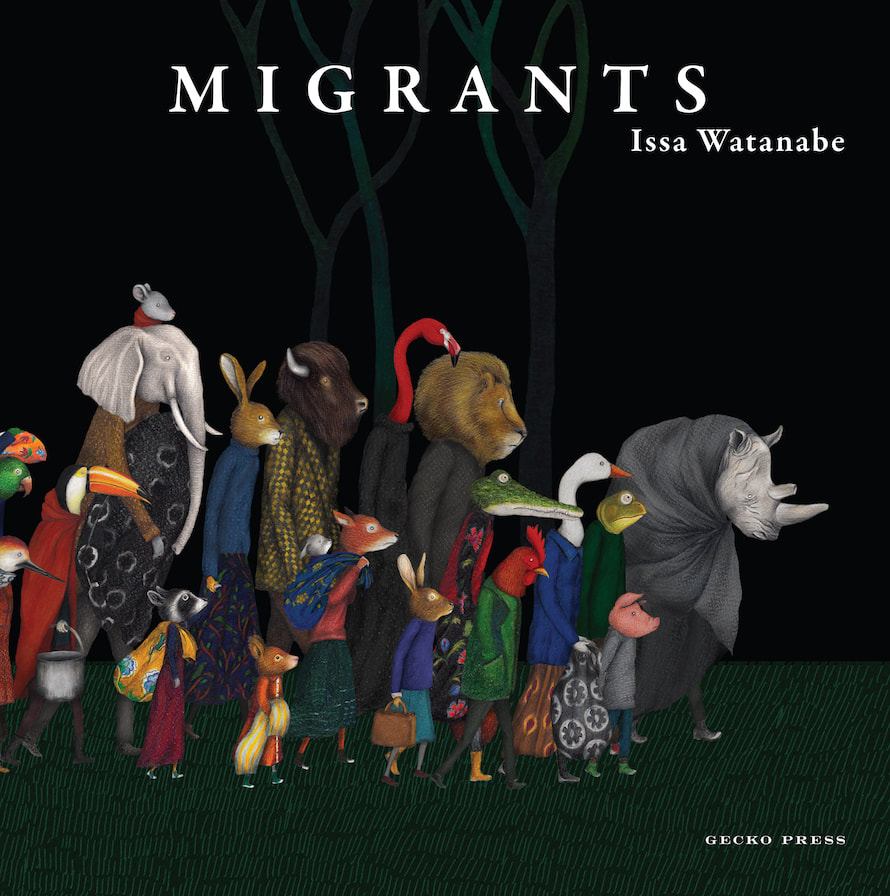 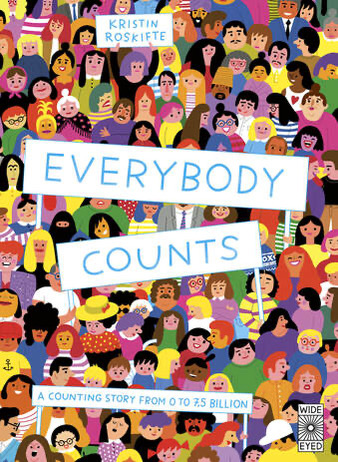 How did you come to be involved in the work that USBBY does to promote literacy around the US?

As someone who was born in another country (Australia) and whose first language was not English (it was German), I’ve always been drawn to work that promotes international and cross-cultural understanding. When I was a little girl, I thought I might become a translator for the UN! As an educator, I found the mission of USBBY closely aligned with my own interests. I attended their regional conferences and looked for ways to volunteer.

More than 20 years ago, I took on responsibility for the USBBY newsletter and this led to many other roles, ending with President in 2006. It also led to active involvement in IBBY, attending the IBBY World Congresses, and serving as editor of the IBBY journal Bookbird. At every turn, it has been such a pleasure to connect with colleagues around the globe who devote their lives to children and books, too. We have colleagues who build small libraries in war-torn cities, who take books via camels to children in remote desert towns, who help refugees with books and art supplies in the most desperate circumstances. Our own USBBY is actively involved in the REFORMA Children in Crisis project in addressing the needs of asylum-seeking children arriving at the southern U.S. border. 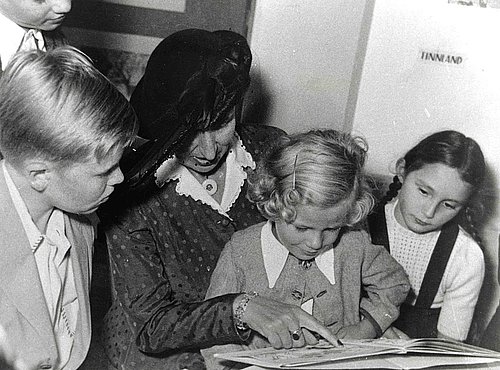 The first stated goal of IBBY is “to promote international understanding through children’s books.” How do you think children’s books can help achieve such an ambitious (and worthy) goal?

I’m not the first person to suggest that books shape children in many ways. We know that children who are read to when they’re very young have a head start on becoming fluent readers. We also know that literature can provide “windows” into other places and other ways of being that helps promote understanding and empathy.

Jella Lepman, founder of IBBY, knew this better than anyone. As a woman who fled Nazi Germany and then returned to the rebuilding after World War II, she found children needed books to return to some sense of normalcy and saw how reading and sharing helped them cope, grow, and flourish.

I share that belief and visualize a world where children grow up reading all kinds of books about all kinds of people. And in doing so, they will grow up thinking and talking about these books with all kinds of kids. And as they grow up, it will be impossible for them to purposely hurt people in other places because their friends live there. They will have friends and kindred spirits all around the globe–either in person (electronically) or in their favorite books. That’s my dream and IBBY’s too! 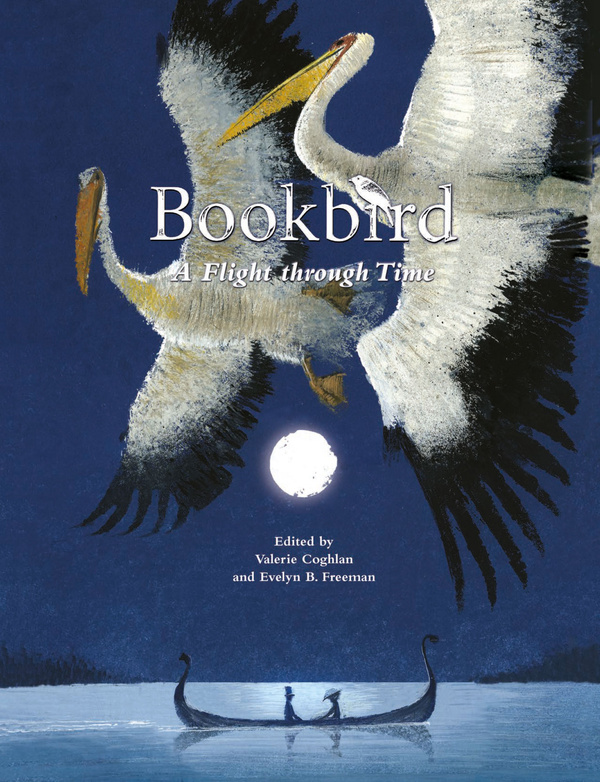 If you’d like to know more about the history of IBBY, we just published a wonderful new book full of photos and fascinating tidbits that traces the beginnings of the Bookbird journal as well as IBBY itself—Bookbird: A Flight Through Time. And if you’re interested in being the editor of Bookbird, consider applying now. We’re looking for a good team! 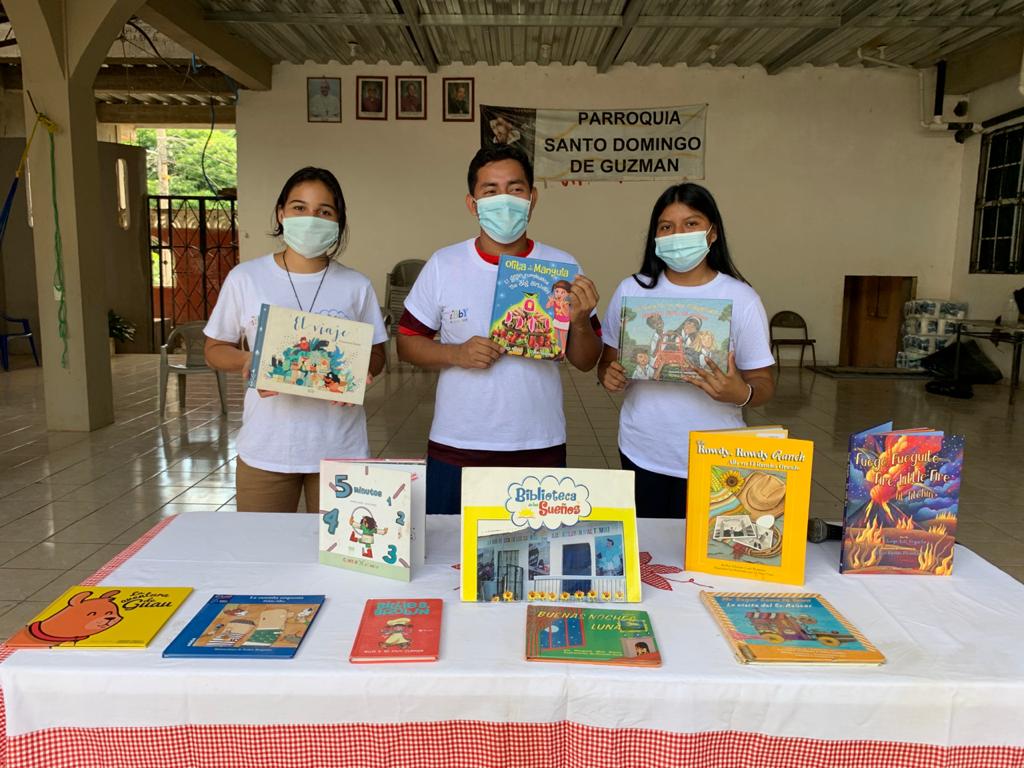 IBBY has national sections, groups such as USBBY that are local to a particular country, which focus on furthering IBBY’s mission. How are the initiatives of the national sections the same or different, as they work locally towards the same goals?

Many of the national sections work to support each other and have projects in common, such as helping with the Children in Crisis projects like rebuilding libraries in Lebanon after the terrible explosion there last August or supporting the “Library of Dreams” in El Salvador. But each section or country also has independent activities and initiatives to promote literacy and literature.

These vary depending on the needs of the area; for some the focus is holding workshops to develop new Indigenous authors and illustrators, for others it may be holding events to gather educators and librarians interested in children’s literature, for example. In some countries, the IBBY section is the primary organization promoting books and reading. We’re lucky here in the US with active groups like ALA, ILA, NCTE, CBC, USBBY and others all working toward that goal.

In recent years, IBBY has developed initiatives aimed at supporting children in crisis situations. Can you tell us more about those programs?

IBBY has a program called “Children in Crisis” that strives to address children’s needs in crisis situations of the moment. For example, when Japan experienced the horrific earthquake in 2011, IBBY partnered with the on-site Ehon Project to give the children of the area relief through books and reading once their survival needs were met. There are many, many examples of IBBY support in Mexico, Afghanistan, Haiti, Chile, Colombia, Pakistan, Ecuador, Indonesia, and more.

In addition, IBBY administers the IBBY-Yamada fund in conjunction with the generous funding of the Yamada Bee Farm in Japan to provide financial support to special ongoing projects around the world. This includes 11 separate projects in 2021 alone ranging from Armenia to Ukraine. 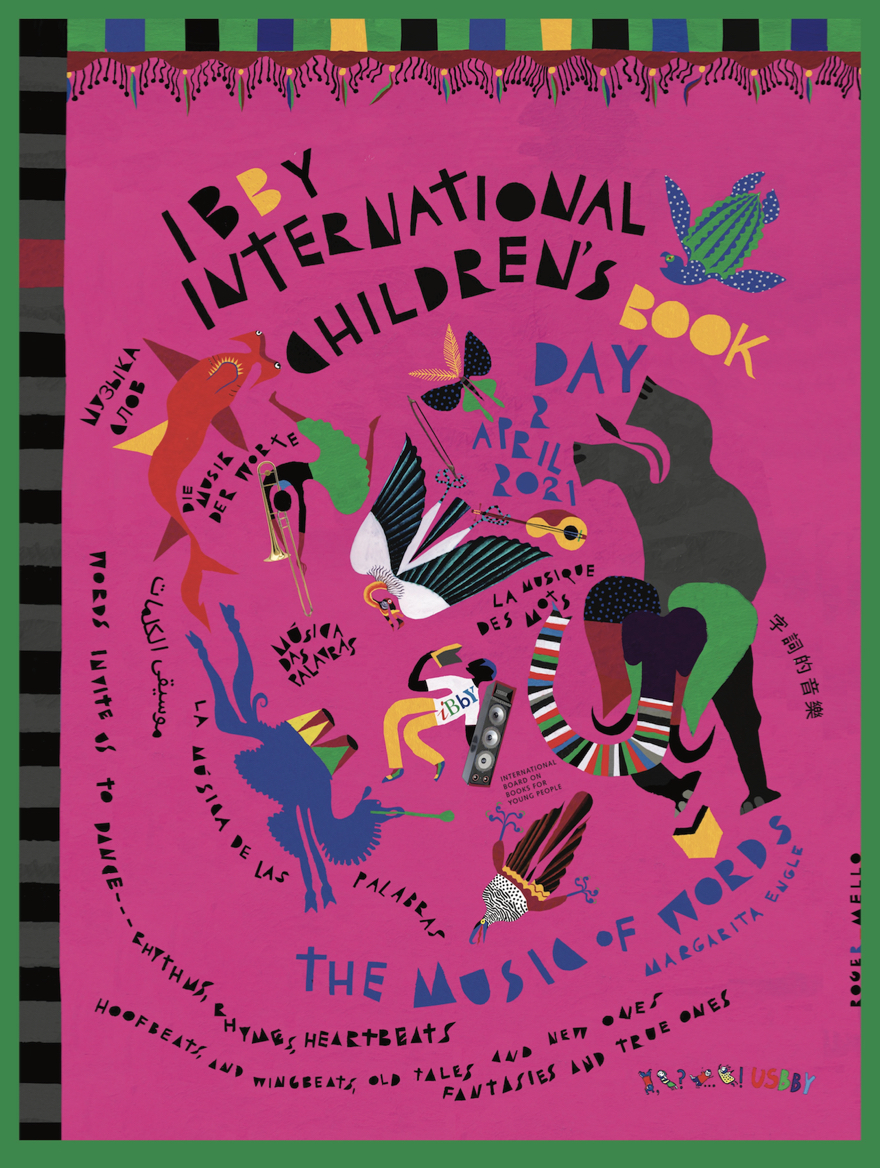 There are so many wonderful initiatives sponsored by IBBY both locally and internationally, including the International library for Young People with Disabilities and the Children in Crisis Fund. What are some ways that authors and illustrators can get involved and support their national section of IBBY?

It is possible to be a member of IBBY through USBBY (or whatever your home country is). Authors and illustrators are very welcome, and in many countries, many book creators are active participants in their national section. In the US, Newbery winning author Katherine Paterson has been a long-time member and supporter of USBBY. Authors contribute poems and text for the annual poster for International Children’s Book Day and illustrators create the art. Those posters go around the world to promote reading every April 2.

For 2021, poet Margarita Engle wrote the theme poem and Brazilian illustrator Roger Mello created the art. But authors and illustrators can also help in many other ways—sharing in everything the section undertakes: speaking at conferences, book reviewing, and special projects.

Thank you for taking the time to tell me and the readers of Cynsations more about the important work that IBBY is doing around the world!

Thank you for your interest and support!

Sylvia Vardell is Professor in the School of Library and Information Studies at Texas Woman’s University and the author of Children’s Literature in Action, Poetry Aloud Here, and editor of A World Full of Poems. She maintains the PoetryForChildren blog and has collaborated with Janet Wong on multiple poetry anthologies for teachers and young readers. She has served on national award committees including the ALA Caldecott, Odyssey, Sibert, and Legacy committees, co-edited the international journal of children’s literature, Bookbird, and taught at the University of Zimbabwe as a Fulbright scholar. You can find out more about Sylvia on her website.

Originally from the US, Elisabeth Norton now lives with her family in Switzerland. She writes picture books, chapter books, middle grade novels and educational curriculum for young learners of English as a foreign language. She serves as the Assistant International Advisor for Outreach for the Society of Children’s Book Writers & Illustrators (SCBWI).

You can find out more about her writing and involvement in the world of books for young readers on her website. 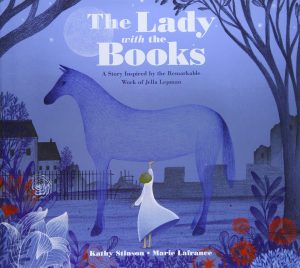 The Lady With the Books: A Story Inspired by the Remarkable Work of Jella Lepman, written by Kathy Stinson, illustrated by Marie Lafrance (Kids Can, 2020). From the promotional copy:

Inspired by true events, a fictionalized retelling of how one woman brought a world of books to children in Germany after World War II, and changed their lives forever.

This moving picture book, written by beloved and award-winning author Kathy Stinson, is based on the real-life work of Jella Lepman, founder of the International Board on Books for Young People (IBBY) and the International Youth Library. Lepman’s collection of children’s books from around the world traveled throughout Germany after World War II in the hope of building “bridges of understanding” between countries. Brought to life by highly acclaimed illustrator Marie Lafrance, this book carries an important message about international cooperation that still resonates with world events today. It includes further information about Lepman and her work as well as historical photos. A portion of the author’s royalties will be donated to IBBY’s Children in Crisis Fund.