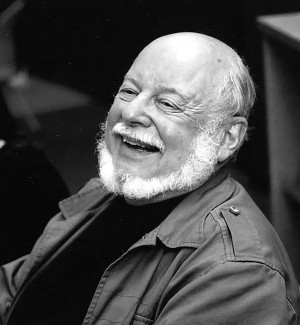 Norton Juster, beloved author, died on March 8 at his home in Northampton, Massachusetts after complications from a stroke. He was 91.

Obituary: Norton Juster from Publishers Weekly by Shannon Maughan. Peek: “Children’s author Norton Juster, widely praised for the wordplay in his clever and whimsical books for young readers, including the much-loved The Phantom Tollbooth, died on March 8 at his home in Northampton, Mass., following complications from a recent stroke.”

Norton Juster, who conjured worlds of wordplay in ‘Phantom Tollbooth,’ dies at 91 from The Washington Post by Emily Langer. Peek: “Norton Juster, the celebrated children’s author who has died at 91, stumbled into literature much as his most famous hero, Milo, stumbles into the marvelous world of wordplay and ad­ven­ture in the classic 1961 volume The Phantom Tollbooth.”

Remembering Norton Juster, Author Of ‘The Phantom Tollbooth’from NPR’s All Things Considered with Ari Shapiro. Peek: “Originally an architect, Juster set out to write a kid’s book about cities which became The Phantom Tollbooth, a staple in children’s literature.” 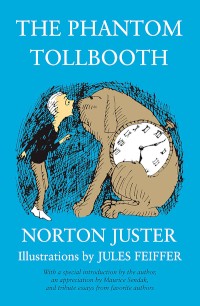 Born on June 2, 1929, to Romanian immigrants, Juster grew up in Brooklyn, New York. He earned his bachelor’s degree from the University of Pennsylvania in architecture. He studied city planning at the University of Liverpool as a Fulbright scholar and also served three years in the Navy as part of the engineering corps.

Norton received a grant from the Ford Foundation to write a book about urban perceptions, instead he began his story of Milo. The Phantom Tollbooth (Random House), published in 1961 and illustrated by Jules Feiffer, has never gone out of print, has sold near five million copies, and is a favorite book among many readers of all ages.

The book has been adapted into an animated film, a stage musical and is the subject of a documentary.

Juster’s other works for children include The Dot and the Line: A Romance in Lower Mathematics (Random House, 1963), Alberic the Wise and Other Journeys, illustrated by Domenico Gnoli (1965) and Otter Nonsense, illustrated by Eric Carle (Philomel, 1982).

While writing children’s books, Juster continued his career in architecture by launching his own firm, teaching at the Pratt Institute, and becoming a founding faculty member and eventually professor emeritus at Hampshire College in Amherst, Massachusetts.

After retiring from architecture, he penned more books: The Caldecott-winning The Hello, Goodbye Window illustrated by Chris Raschka (Hyperion, 2005) and Sourpuss and Sweetie Pie, also illustrated by Raschka (Scholastic, 2010). In 2010, Juster and Feiffer teamed up again with the creation of The Odious Ogre (Hyperion). 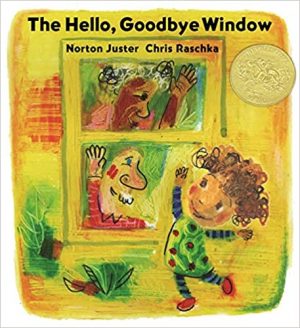 Juster’s books are remembered for their playful liveliness and their wit. In a 2012 interview with CNN, Juster said, “…you have to retain…a good piece of the way you thought as a child. I think if you lose all of that, that’s where the deadliness comes from. The idea of children looking at things differently is a precious thing…. The most important thing you can do is notice.”