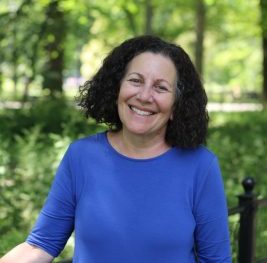 When I first read Katherine Applegate’s The One and Only Ivan (HarperCollins, 2012), I remember being completely amazed.

A brown bear or a pigeon narrating a picture book are one thing, but a gorilla narrating a meaningful middle grade novel? This was something else entirely. Applegate’s brilliance took my breath away. The spare yet powerful writing as well as the non-human voice was absolutely perfect.

Who else but Ivan could have told his story?

Little did I know then that this experience would nestle itself in some remote corner of my brain and surface when needed, serving as inspiration for two of the narrators in my new middle grade novel releasing in May, Hello from Renn Lake (Penguin Random House/Wendy Lamb Books).

Several years ago, I had an idea about two girls who weren’t friends but formed an unlikely bond as they searched for one of the girl’s origins–she’d been an abandoned infant.

The girls alternately narrated the story and the focus was on how being friends with someone who wasn’t in your “group” could change your perspective.

I was midway through an initial draft when I stopped writing and put it aside. The story wasn’t working like I envisioned, and the direction didn’t feel original and fresh.

There were already several stories about abandoned kids wanting to find out where they came from; how was mine different?

To be honest, I wasn’t exactly surprised.

As I was heavily in the reflection/rethinking/recharging portion of the journey for Hello from Renn Lake, I had a light bulb moment on one of my walks–the girl searching for her origins wasn’t the story.

Abandonment was part of it, but I realized I wanted to write about a character who decided to put down roots in the place she was left instead of agonizing over where she’d come from.

I wondered, as I started to feel that itch to return to my keyboard, what if we choose not to or aren’t able to find an answer to our deepest, most troubling question?

How do we come to terms with that? How do we move forward?

That moment led me down a different path. I don’t do this all the time when I start a novel, but for this one, I drew a diagram and let my subconscious take me on its own walk.

I knew the main character had been abandoned in a small town. I had such a vivid scene in my mind–one moonless night, a baby girl was left near the back garden of a store in this small town, and across the street, an ancient lake that had been part of people’s lives for eons was the only witness.

I also knew a crisis with the lake was going to be a cornerstone of the plot, I just wasn’t sure what the problem would be. I had a feeling that not only had the baby been abandoned, but the lake was too, in some way. Abandonment and roots circled round my brain, but I had only a fuzzy idea of how they might weave together as themes.

Around the same time, I read about harmful algal blooms (HABs) and how they’ve been increasing in all bodies of water in recent years. It’s another effect of climate change, and also polluted storm-water runoff that causes algae to grow out of control. HABs steal precious oxygen and also produce toxins that can kill fish, mammals, birds, and even dogs. Three dogs died last summer after swimming in a lake with a toxic bloom.

That unsettled me so much that I knew this was it. This was the crisis with the lake.

I got back to writing, reinvigorated. I began another draft, narrating in the voice of the main character–12-year-old Annalise. I knew at this point that there would be a magical realism aspect where she’s able to sense what the lake is thinking and feeling, partially due to events that occurred the night she was left.

After I wrote a backstory scene where Annalise first “hears” the lake when she’s three years old, I glanced over at my diagram and saw that I’d circled “lake” and written “narrate??” I seem to do double question marks whenever I’m really questioning myself. 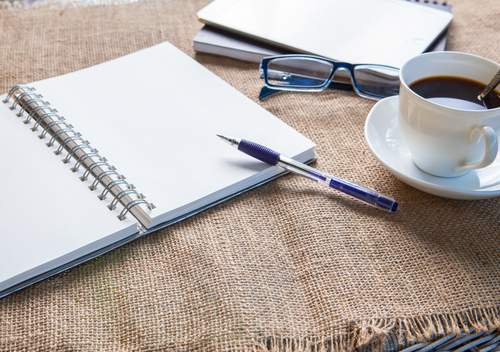 My subconscious was asking, no, telling me that the lake should have a voice. It’s one thing to have an animal narrate a story, but could an element of nature?

I stared at what I’d scribbled. I wasn’t sure.

It was a stretch, a risk, and I kept coming up with reasons why it wouldn’t work or readers might not get it.

But something about ideas from your subconscious–they tend to be really annoying.

They get under your skin and hang out there, nagging at you.

I couldn’t stop thinking about the phrase “body of water” and how lakes, rivers, and oceans are living beings as much as plants and animals. I knew deep down that the lake’s perspective would add an intensity and meaning to the story that a human narrator couldn’t. If I was able to pull it off.

I sat for hours one day by a nearby lake and watched the water ebb and flow. I listened to the sounds the water made. And I wondered, what would it feel like to be a lake? What would it feel like if a healthy lake was suddenly covered with a toxic algal bloom and couldn’t breathe? If the fish that lived in the water were dying? If that lake was in peril, fighting for its existence?

Finally, I pushed my worries aside and took a leap of faith. My lake needed to be heard.

I researched how lakes were formed from shifting glaciers and rocks that carved out huge basins. I read how they filled up from ice melt and water that flowed from mountaintops. And soon another nature element as a character began to form in my head–a river that was connected to the lake. Not a sister or brother but a cousin.

It seemed to me that a lake and river wouldn’t have a gender. There was no doubt in my mind now that Renn Lake–and its cousin, the river, Tru–as well as Annalise would narrate this story.

And once I gave the bodies of water voices, the story flowed from there.

In addition to abandonment and putting down roots–literally and figuratively–this grew into a story of community, youth activism, and fighting for the things you love.

When the lake is blanketed by the harmful algal bloom and Annalise can no longer hear Renn, she’s devastated. The town authorities decide on a wait-and-see approach, but Annalise takes matters into her own hands. She’s intent on finding a solution to help the lake recover, and persuades her friends to join her crusade.

There are some amazing things that happen in this story because of the kids’ determination and refusal to accept complacency. I was inspired by the young people who’ve been marching and protesting and speaking out on the climate crisis. They possess an urgency and passion that adults sometimes lack.

At my editor’s suggestion, I included an informational section in the back of the book for readers who want to learn more about lakes, rivers, and algal blooms, and it’s narrated by one of the characters (Annalise’s friend Zach). This was the perfect close, making the story all the more real.

A writer friend recently asked me if I learned anything about my writing process after completing this novel. I thought about my list above, my creative pattern, and realized, yes. There is a number 10. Trust your instincts. Duh.

We’ve all undoubtedly heard this advice before, but do we actually do it? How many times have we let our uncertainties and internal critic overwhelm our instincts?

Push it all aside. Squelch, squash, even laugh at those fears and hesitations. They have no business rummaging around in your head. I am sure of this, and you are, too–you know your story, and you know how you want to tell it. Go for it. Always, go for it.

Find discussion questions for Hello From Renn Lake and additional information on lakes, rivers and algal blooms on Michele’s website. 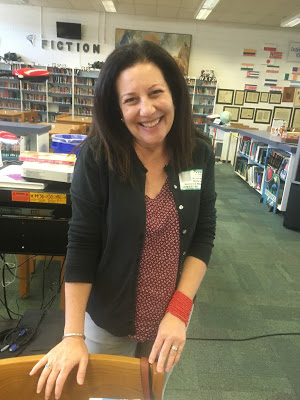 She lives in Chicago with her family. She is an avid walker, passionate consumer of ice cream, and finds inspiration everywhere.