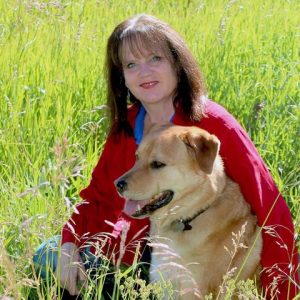 My third middle grade novel, Lizzie Flying Solo (HarperCollins, 2019), came out a few weeks ago. It took me 13 years to get that book just right.

It was the manuscript my agent signed me for in 2010, but back in the heyday of Harry Potter [by J.K. Rowling, 1997-2007] and all things commercial, my then-too-quiet, literary novel didn’t sell.

Fortunately, my agent had faith in me. “Write your next book,” he said. “We’ll come back to this one.” So I did.

Swing Sideways (HarperCollins) was published in 2016. Twelve-year-old Annie, the main character, struggles with her relationship with her over-protective, controlling mother. 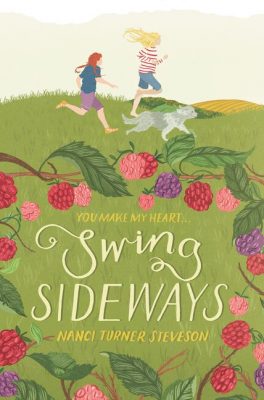 People who read the book are initially put off by Mom, but forgive her in the end.

I knew the first thing my own mother would ask when she read it was if that mother was modeled after her, so I beat her to it and made Mom a math professor.

Neither my mother nor I are any good at math, not even close, so I thought that would pre-empt any questions from her when she saw how challenged Annie and Mom’s relationship was.

Not so. My mother closed that book, called me on the phone and asked in an almost weepy voice, ”Is that mother me?”

“No, Mom, she’s a math professor. You can’t do math. That was intentional, so you wouldn’t think it was you.” 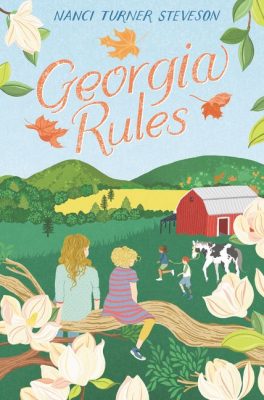 The first reasonable draft of Georgia Rules (HarperCollins, 2017) only took me eight months to write and get to my editor. That story and those characters flew out of me so swiftly I could barely type fast enough to keep up.

The whole time I was writing, I heard Mama’s southern voice in my head, and I felt Magnolia Grace’s shoulders tense every time she anticipated Mama doing something embarrassing.

Mama is a bit self-involved, judgmental in a syrupy-sweet way, and very concerned with how things look on the outside, regardless of how messed up they really are. There are times when Maggie had to take over as the adult in their relationship when Mama got out-of-control.

Again, she was a mother that readers loved to hate until the end.

My mom read that book and called me up. This time her voice was defensive, and I knew without seeing her that her eyes were slitted.

“Is that mother me?”

“No, Mom, you were born and raised in New York City, you are not a southern belle.”

“Well,” she huffed, “I always wanted to be a southern belle, but I didn’t want to be that mother.”

When I finally had Lizzie Flying Solo done, I sent my mom an advance review copy. As soon as she finished it, I got the call. But not the usual.

“Honey, this is the best book you’ve written so far, I just love it!”

“What about it do you love so much, Mom?”

“Well, I don’t really know, just that it made me happy.”

I know why it is her favorite. Because Lizzie has a great mom. She has the mom who rolls through the toughest of times with only the welfare of her child in mind. She is lovely and smart and wounded, but her steadfast relationship with her daughter was something Lizzie could always count on. She was the reliable mom, the selfless mom, the one who didn’t allow her own pain to block her daughter’s journey to discovering her own strengths. And while my own mom couldn’t say specifically that this influenced how much she loved the book, I knew.

My mother and I had a very thorny relationship for most of my life. She was Annie’s mom and Magnolia Grace’s mom put together—times one-thousand. And I was no angel.

She is now 92, and I am 61. We’ve muddled through a lot of our own messes. Then, last December I visited her in Virginia. It was the best, least complicated, most loving week I have ever spent with her.

It was the Lizzie-and-Mom duo, the remarkable, trusting friendship so many of my friends talk about, which has always left me mourning the loss of something I never had. It was beautiful and perfect and a week I will treasure for the rest of my life.

In pondering this turn of events over the last few months, I realized something magnificent. While none of my books are about me, I am in each of them. My characters are mirrors of different pieces of myself and each book, as it turns out, is like a building block in the progression of my relationship with my mother.

Did I mean for it to be this way? Not consciously. Do other authors see this mirror in their own writing? How much of themselves are tucked between the pages of their stories?

These are things I don’t know.

But what I do know is that somewhere along the way, grace intercepted and gave me the ability to write, to have an outlet for the painful parts of my history that isn’t self-destructive.

Somehow a mirror appeared which allowed me to look deep into my own well and bring to life characters who are flawed and imperfect and scarred, but who have been waiting to shine for a very long time.

And, perhaps, by letting those characters fly, my relationship with my mother was healed, and that is a beautiful thing. 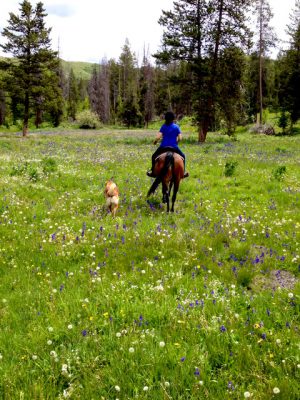 Nanci Turner Steveson is the proud author of middle-grade realistic fiction: Swing Sideways, a Wyoming Indian Paintbrush Award nominee and Scholastic Book Fair selection; Georgia Rules, a Bank Street College Best Book of 2018 with Outstanding Merit; and Lizzie Flying Solo, about a recently homeless girl who loves a pony she can’t have, which debuted with a starred review from Kirkus Reviews.

Nanci is blessed with Peter Pan Adventure Syndrome. When her children were grown, she packed her truck and trailer with her horse, her dog, and a mysterious antique box and moved 2020 miles by herself to live in a historic, meadow cabin in the shadow of the Tetons where she writes books for middle grade kids, works as a stage manager for a professional live theatre, and rides her horse in the mountains.

Nanci is dedicated to getting books into the hands of homeless people through her Literacy for Hope Project. She is represented by Al Zuckerman, the founder of Writers House.