Fans of young-adult short stories may have noticed the anthology format making a comeback in recent years. But other outlets for original YA fiction, like magazines and websites, are few and far between—especially if they pay their writers. The options can be even more limited for new voices trying to break into the market.

Enter Foreshadow: A Serial YA Anthology, a new online venue for publishing YA short stories.

Founders and YA authors Emily X. R. Pan  (The Astonishing Color of After (Little, Brown, 2018)) and Nova Ren Suma  (A Room Away from the Wolves (Algonquin, 2018))— wanted to offer a new option. They especially wanted to find a way to uplift underrepresented voices and publish work by emerging writers from marginalized communities.

The two best-selling writers first connected through Twitter and the writing community in New York City, where they were both living at the time.

Nova read a version of Emily’s award-winning debut before it was published and enjoyed it so much she invited Emily to join her on a panel at the 2017 Association of Writers & Writing Programs conference.

As the two talked during the train journey from New York to Washington, D.C., they discovered they shared the dream of starting a literary magazine targeted to the YA market. 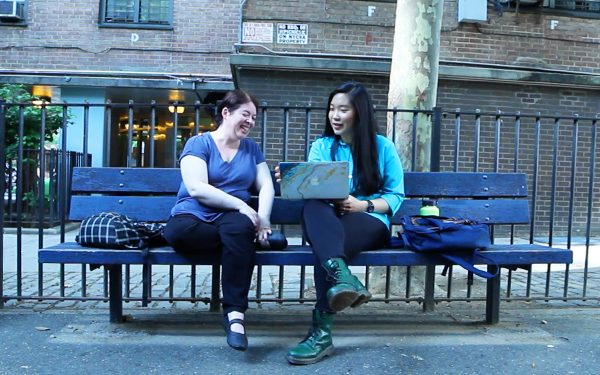 “Once I discovered that Emily shared this dream as deeply as I did, I knew I had to convince her to do this project with me,” Nova said. “It may have started on that long train ride, but it soon bloomed into something ambitious, exhilarating, and far larger than either of us could have imagined.”

Hours of brainstorming led to the concept of Foreshadow: a free, online anthology that is being published serially, with three YA stories published each month in 2019.

Its stated mission is “a commitment to showcasing underrepresented voices, boosting emerging writers, and highlighting the beauty and power of YA fiction.”

The founders were also dedicated to sharing stories online for free, to make the works as accessible as possible to students, librarians, teachers, or even commuters wanting a good, satisfying YA read. 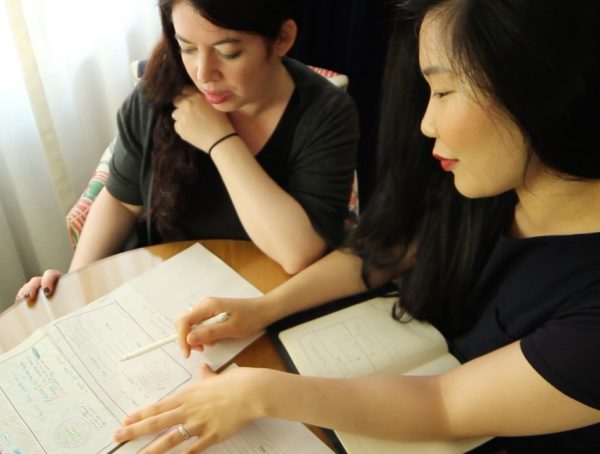 Each issue contains a story from a writer very early in their career—many of whom have not published before—whose story has risen from the anthology’s unsolicited submissions to be selected by a notable YA author. The New Voice selection in Issue Zero, a story by Nora Elghazzawi, was selected by #1 New York Times bestselling author Nicola Yoon.

New Voice stories get an exhaustive review before making it out of the slush. First, each story is rated by three readers; next, those receiving high marks get reviewed by the fiction editors. Finally, Emily and Nova, the editors-in-chief, choose three stories to give to each selector; past and future selectors include Adam Silvera, Sabaa Tahir, Becky Albertalli, Laurie Halse Anderson, Gayle Forman, and Jason Reynolds.

Issue 03, published in March 2019, features the new voice story, “Princess” (by Maya Prasad), which was selected by Cynsations‘ own Cynthia Leitich Smith.

Regarding Foreshadow, Cynthia says, “As an avid fan and devoted writer of short fiction, I was thrilled upon first hearing of Foreshadow. In my experience, shorts are a marvelous end unto themselves, satiating to avid writers and enticing to those who might be daunted by a higher word count. They’re a favorite art form and a go-to tool for literacy.”

Cynthia says she chose “Princess” because, “The voice and pacing are irresistibly compelling, the world fully rendered. Moreover, the story offers a thoughtful, (near?) futuristic take on eternally pressing thematic questions:
What makes us human and why?” 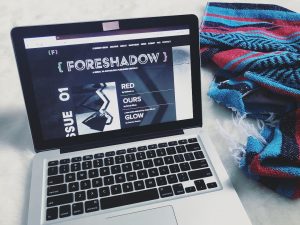 Each story published in Foreshadow is titled with a single word, foreshadowing the subject of the narrative to come. The editors also hope that the publication of New Voice authors in the anthology will foreshadow their own future success. Most of all, they want to boost readers’ appreciation for young-adult literature and the short-story form.

As Emily noted, “The initial response has already been incredible. The support from so many fellow authors and members of the publishing community has proved to us that this project is doing exactly what we hoped—contributing towards filling the huge gap that still exists in the literary world.”

Diane Telgen is managing editor of Foreshadow: A Serial YA Anthology and a freelance writer and editor. She earned her MFA in Writing for Children and Young Adults from Vermont College of Fine Arts. You can find her online at www.dianetelgen.com or on Twitter as @originalneglet.