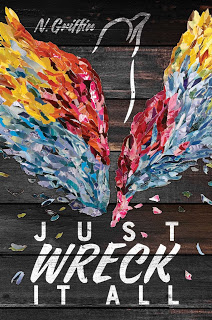 “…my process…Procrastination and cookies. Whining and foot-dragging. Then, finally, typing a lot of stuff and stripping away at it until I have the spine of a story pinned down. Then I get to do the fun part.”

“I heard a really great podcast interview with Jordan Peele, who referred to ‘Get Out‘ as a ‘social thriller.’ … I’d been trying to write books that are great reads and also mean something, but I didn’t have a great way of referring to it. I love the term ‘social thriller.’”

“Smith: I’ve always found it nuts not letting the illustrator and author speak to one another. I am not interested in taking what you’ve written and completely reinterpreting it. I want to honor your intentions with both of us on the same page.”

‘Into the Mind of an Eight-Year-Old’: A Chat With Children’s Novelist Kate DiCamillo by Kate Masters from The Frederick News-Post. Peek:

“You give up a lot of control with first person. The suspension of disbelief, I think, is a lot harder to maintain when it’s a 12-year-old telling you a story in first person. It’s so easy to make a mistake.”

‘The Hate U Give’ Author Angie Thomas Writes For Teens Because She Wants Them To Change The World by Cristina Arreola from Bustle. Peek:

“Thomas says. ‘I’ve had children of white supremacists who said that it opened their eyes and it helped change them and that was amazing to me, you know?’”

Hiding in Plain Sight by Patty Blount from YA Outside the Lines. Peek:

“Every time we express fear of the black man in the hooded sweatshirt but not at the son of the rich family or the boy on the swim team, we’re exhibiting stereotyping at its most basic form.”

An Analysis of the Athletic Protagonist by Debbie Gonzales. Peek:

“Deb deep dives into literary analysis in both of Shannon Gibney’s incredible YA novels. Using Deb’s MFA thesis as a guide, the two explore the sports novel as a medium granting athletic protagonists a feeling of authenticity, emotional resonance, and genuine challenges – both on and off of the field.” 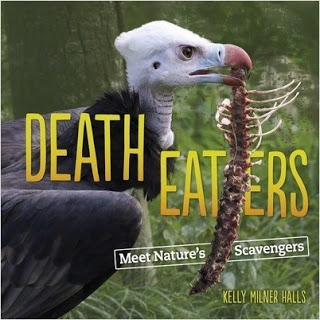 Wonders of Weird with Kelly Milner Halls by Ana Maria Rodriguez at From the Mixed-Up Files of Middle-Grade Authors. Peek:

“Don’t be embarrassed by your unique point of view. Each of us has a purpose in this life, and it’s not to be like everyone else. We are meant to discover our unique passions and use them for making the world a better place.”

Traci Sorrell: “I knew that authors and illustrators typically have little to no contact during the book’s creation. I have a very sparse, lyrical writing style. Yet because this book centers on my own culture, I would be lying if I said I wasn’t nervous about the artwork.”

“Applicants to the program must submit an essay answering a few questions around their passion for books and publishing in lieu of a resume, and applicants are asked not to include names on the essays. Applications must be received at HC by October 31.”

Will Artificial Intelligence Replace Human Writers? By Nick Cross from Notes From The Slushpile. Peek:

“I think a much more likely scenario for machine writing is the creation of new works by dead authors. You can imagine a situation where all of Jane Austen‘s novels, letters and half-finished manuscripts are fed into an ML algorithm to create an entirely new book in her authentic voice.”

“Want other people to feel inclined to spread word of your stuff? Then make sure you’re doing it for them… You don’t need to be insincere about any of this. Praise the stuff you like, and if you’re having trouble finding it, you should be looking harder.” 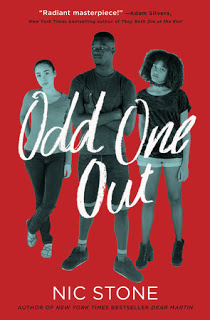 “This month, six authors discuss everything from family complications to epic love stories. All have YA books that either release this month or released in recent months.”

Building Community for Children’s WOC/Indigenous Writers by Karen Latchana Kenney at From the Mixed-Up Files of Middle Grade Authors. Peek:

“The more writers of color and Indigenous writers we have the more their truths will be heard, the less alone these writers and their communities will feel, and the more galvanized they’ll be to demand justice.”

Invisibility Is The Modern Form Of Racism Against Native Americans by Rebecca Nagle from Teen Vogue. Peek:

Can Diverse Books Save Us? In A Divided World, Librarians Are On A Mission by Kathy Ishizuka from School Library Journal. Peek:

“If not all kids are inclined to explore an inclusive collection on their own, the librarian becomes even more critical. To get these books into distribution, librarians create displays; it’s the number one method of promoting books with diverse themes and characters.” 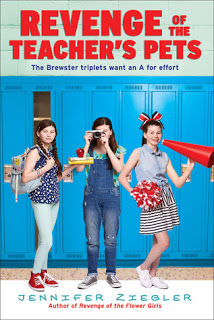 Using Picture Books to Change Attitudes to Aging by Lindsey McDivitt from A is for Aging, B is for Books. Peek:

“Children’s literature with likeable, realistic older adult characters offers an effective doorway into conversations about how we are all aging from the moment we are born.

Episode 30! It’s The Grown-ups With The Hang-ups —Not The Readers by Jennifer Ziegler and Alvina Ling from Kidlit Women*. Peek:

Ziegler: “If we want boys to be able to empathize with women, to be good friends, siblings, spouses, bosses, coworkers, etc., why are we going along with the idea that a story told from a girl’s/woman’s POV is not for them to read?”

“…we’ve launched the Diverse Voices Open Inbox contest, an opportunity for writers from diverse backgrounds, with an emphasis on #ownvoices, to submit their work!…We are looking for literature for middle grade audiences (ages 8-12) in any genre or format…Dates: Oct. 16, 2018 – Nov. 16, 2018.”

How to Incorporate Procrastination into Your Writing Schedule by Kathy Edens from Writer’s Digest. Peek:

“I can find dozens of ways to avoid writing fiction. My favorites are taking writing courses, reading books about the craft of writing…So, I scheduled in fiction-writing procrastination in the top spot on my agenda each morning. Weird concept, but stick with me.”

What You Need to Know About Internalization by Janice Hardy from Fiction University. Peek:

“A character’s internal monologue captures how that character thinks, what matters to them, what they feel but can’t (or won’t) say, and how they interact with the world. Personality comes out in those internal thoughts and musings, because it’s the true nature of the character that only the reader sees.”

“NaNo forces you to keep putting the words down. It makes you ignore all those negative voices in your head saying ‘write what you know…-show don’t tell’ and all the other half-truths that can keep you feeling paralyzed. Silencing them can make for real breakthroughs for a lot of writers.”

Fast-Track Your Writing Production with Meditation by Heather Smith Meloche from The Mitten. Peek:

“Meditation just seemed like a waste of my time…But, crazily, I found that just twenty minutes of meditation got me straight to ‘that place of focus,’ that magical spot where I could sink right into my story world without being distracted.” 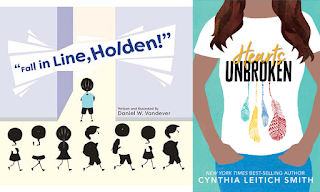 Exciting news! One of my all-time fave picture books, Fall In Line, Holden! by Daniel W. Vandever (Salina Bookshelf, 2017), and my YA novel Hearts Unbroken (Candlewick, 2018) were chosen as fall reads for the NIEA Book Club by the National Indian Education Association, the leading education advocate for American Indian, Alaska Native, and Native Hawaiian students.

What else? Will you be in Central Texas this weekend? If so, come see me at Texas Book Festival in Austin.

My panel is scheduled for 11 a.m. to 11:45 a.m. Oct. 28 in the YA HQ Tent on Congress Avenue, followed by a signing of Hearts Unbroken in the adult author tent.

“Austin pops up a lot in my writing! My Tantalize and Feral series are largely centered on Austin, especially the South Congress district, and on surrounding areas (near Bastrop and San Antonio in particular). In Hearts Unbroken, the protagonist has recently moved to suburban northeast Kansas from Cedar Park, Texas, which is in the greater Austin
area.”

“Hearts Unbroken is a necessary reflection on race and prejudice — and the teens who are affected by it and fighting it.” —Cristina Arreola from Bustle

My weekend highlight was attending the Mid-Atlantic SCBWI Conference. The keynote speaker, Pat Cummings, was both entertaining and inspiring, I got to catch up with many writing friends, and especially enjoyed the novel panel with Jonathan Roth, Mary Rand Hess, L.M. Elliot and Kwame Alexander. 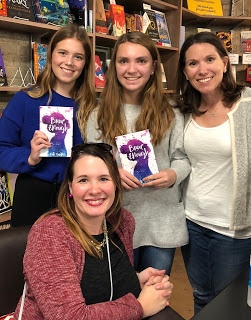 This week I took my daughter and her friend to a book talk by author, Kati Gardner at Bookmarks.

Gardner spoke about her cancer diagnosis at eight and her desire to read books where kids with cancer don’t die. After all, she said, the cure rate for kids with cancer is high. But there are other challenges for kids who are cancer survivors, and that’s what Kati’s explored in her debut YA novel, Brave Enough.