After eight and a half years of collecting rejection letters, when I finally landed my three-book Chet Gecko deal and the first book appeared in 2000, I thought the hard part was over and I was set. Life would be all about eating bonbons by the pool while I watched my books climb The New York Times bestseller list.

The first major bump I faced was a creative one: Burnout. In 2006, after writing and illustrating ten Chet Gecko mysteries back to back, I felt like I needed a break so that the books’ quality wouldn’t suffer. So I put the series on pause while I stretched and experimented with other kinds of writing. 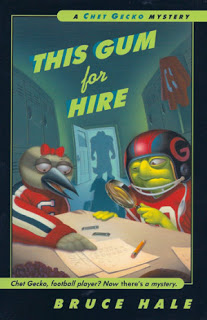 And wouldn’t you know it? During that break, my editor left Houghton Mifflin Harcourt, and Chet Gecko was orphaned. Who’d ever heard of books being orphaned before? Not me. And I had no idea of the possible effects.

I went through two other editors before that series ended, but never recaptured that same teamwork I had with my initial editor, Michael Stearns.

And with my series’ primary advocate gone, the publisher didn’t push Chet Gecko as much. Sales fell. Every series has a lifespan (again, who knew?), and by 2009 Houghton Mifflin Harcourt pulled the plug on Chet.

Granted, I did sell another series (the Underwhere graphic novels) to Michael at his new publishing house, HarperCollins.

However, the timing was bad for a hybrid graphic novel, and it just didn’t find its readership. The series didn’t even earn out its advance (a new experience for me).

Although Harper paid me for all six books, only four were published. That series ended too, shortly after Chet’s demise.

Now, it was just my dumb luck that the U.S. economy tanked at around this same time. I found myself with two dead series, no books under contract, and no money coming in, aside from author visits and my twice-yearly royalty payments. The economic downturn meant fewer schools were booking authors. My royalty payments weren’t enough to support me, so I did what any reasonable author would do. I panicked. Hustling like mad, I called all the editors I knew, seeking work-for-hire projects. The two picture books I landed only covered a month’s expenses.

I took stock of my skills. I had the ability to craft English sentences, to speak, to sing, and to eat impressive amounts of chocolate chip cookies. The latter skill didn’t seem like much of a moneymaker, and I was too old to try for a shot on “American Idol,” so I focused on my more marketable skills.

While continuing to develop new series ideas, I worked on my speaking. I concentrated on marketing. Stepping way outside my comfort zone, I began cold-calling schools and trying to sell my assemblies — a humbling experience that nevertheless resulted in a few more gigs.

Seeking new ideas, I attended a weekend conference called Your Mega-Speaking Empire (yes, really), where the presenters said that the big money for speakers was to be found in the corporate world. Fair enough. I’d once worked in that world; I could probably talk to those people.

But when I examined the Venn Diagram of what I knew and what corporate audiences needed, the two circles overlapped in only one small area: storytelling. Upon the advice of one of the conference presenters, I decided to launch a business storytelling venture, teaching story skills to salespeople. It seemed promising. But after months and months of doing freebie talks at Rotary Clubs, Kiwanis, and various association meetings, I landed only one paying gig. Clearly this wasn’t the quick jackpot I’d hoped for. So I borrowed off my credit card to stay afloat. I even considered getting a full-time job. But after so many years of self-employment in the children’s book field, the only job I qualified for was bookseller, and the local independent bookstore wasn’t hiring.

None of this was what I’d intended when I got into the field of children’s literature. I didn’t love speaking to business audiences or working for someone else. What was I doing?

Then a stroke of luck came my way. A work-for-hire project, a digital-only I-Can-Read book for HarperCollins, turned into something special. The publisher liked my Clark the Shark story and Guy Francis’s illustrations so much, they decided to recast the project as a print picture book. 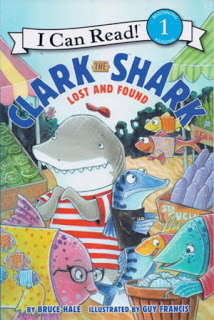 Before it even came out, their whole team was so high on the character, they offered me a multi-book contract with royalties and everything. Shortly after that, I sold a kid spy trilogy to Hyperion, and I was back in business.

To say that the past decade or so has been a wild ride is putting it mildly. And it’s still sometimes a scramble when I find myself with no books under contract.

But somehow, through a combination of luck, stubbornness, flexibility, and easy credit, I’ve managed to stay in the children’s book field, surviving and thriving.

In general, I don’t hold onto regrets. They accomplish nothing but keeping you upset about something in the past that you can’t change.

That said, if I had it to do over, I would have pursued my publishing dreams sooner. Rather than taking a full ten years after college before daring to try writing children’s books, I would have dived right into it — probably writing plenty of terrible stories, but at least getting an earlier start.

Through my career I’ve learned that writing well is something that takes years to master, so the sooner you start, the sooner you can get through that difficult initial stretch and start writing good stories.

The field and body of literature are always evolving. For you, what have been the standout changes in the world of children’s-YA writing, literature and publishing? What do you think of them and why?

Publishing has been on a wild rollercoaster ride ever since I managed to publish my first book. The middle-grade sector has gone up and down and up again, picture books have dwindled and swelled in popularity, and the YA category has just plain exploded. It’s inspiring (and occasionally daunting) to see so much excellent children’s literature out there now, and in so many categories.

Although I don’t write YA yet, I love reading it, and am finding today’s YA stories more engaging and better written than half of the adult literature I read.

One change that’s been less welcome is the change in how publishers support your books. When I started out, it wasn’t uncommon for a publisher to take a chance and send a new author out on a book tour. These days, a book tour is a unicorn-rare event, reserved only for those authors on the bestseller lists or the books with serious “buzz.”

Even the smaller promotional jaunts have dwindled. During the heyday of my Chet Gecko series, Harcourt regularly sent me out to bookseller and educator conferences to introduce my books to new audiences. Today, I only attend those conferences if I pay my own way. 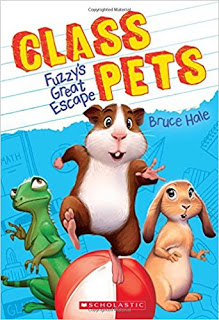 In my experience, publishers these days are much more bottom-line oriented, much more reluctant to part with those promotional dollars. And that makes it increasingly challenging for a mid-list book to break out of the pack and get noticed.

Today, in fact, publishers expect authors to shoulder most of their own promotion via the author’s social media “platform.”

Don’t get me wrong; I’ve found some things to like about social media (adorable dog videos among them). But that’s not why I became an author — to spend my days tweeting and Instagramming and pushing my “brand” on people. I got into this business to write stories. (Sorry, just had to vent a little there.) Still, it’s the reality of the business today, so we suck it up and start tweeting.

Today, I’m particularly encouraged by the bumper crop of stories with strong heroines and stories from a variety of cultures. The whole #WeNeedDiverseBooks movement was long overdue, and it’s exciting to see so many different viewpoints and characters represented, particularly because it means young readers will be seeing themselves in books.

I feel like the diversity can only help make the body of literature we’re creating for young people more rich and rewarding, and I hope this trend continues.

Don’t write what sounds like it might make a ‘good’ children’s book; write what you love. The best stories come from that deep, specific, weird love that we feel for the things we’re passionate about, not from a glance at the bestseller list and the impulse to write to the flavor of the month.

When I was starting out, I wasted a lot of time trying to craft tales that “sounded like a cute idea for a children’s book.” They were almost universally bad. 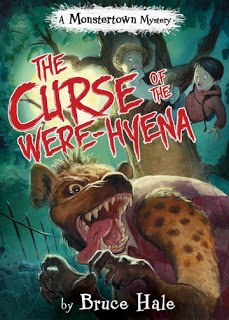 It wasn’t until I wrote in my own voice about things I love (film noir detectives, bad jokes) that I achieved publishing success.

When you write from your passion, you can ignite the passion in your readers. And since storytelling is all about getting your readers to feel something, I’d advise my beginner self to lean into that.

I wish for many more years of #OwnVoices books, stories that spring from a specific culture and experience that the mainstream may not be familiar with, but which have their own intrinsic value.

I’m encouraged by all the great stories springing from the African-American, Indian-American, Latinx and so many other traditions. Books like these build readers’ empathy, and that’s a vital skill in these divided times.

It’s been pretty amazing that children’s-YA has been the strongest segment of publishing for years now, and I hope that trend continues. For my fellow writers, I wish them many more fine stories that find their audience. For readers, I wish that they may find themselves in books. 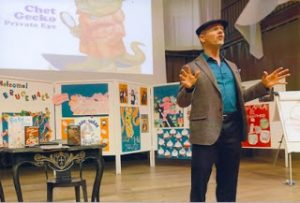 Sometimes when I see how many people work jobs that they merely tolerate, I feel like I’ve gotten away with something. Challenges and all, I’m truly blessed to do what I do.

For the future, I wish to continue my run of extraordinary good fortune in being able to support my family from my writing, drawing, and creative work.

I want to always keep learning and growing as an artist, trying new things.

I want to reach a wider audience with my stories, turn more children on to the joys of reading.

And if one of my books gets made into a TV series or movie, that would be sweet!

More than anything, I want to be able to continue telling my stories, and sharing those stories, as long as I’m still on the planet.