One event that always draws a crowd to the SCBWI booth at the Bologna Children’s Book Fair is the Dueling Illustrators.

In the duel, two illustrators each stand before a blank flip-chart, marker, charcoal or other drawing medium at the ready. A story is read aloud in ten segments, and after each one, the illustrators have just a couple of minutes to illustrate that portion of the story.

They have never heard the story before so they have no idea what is going to happen next!

This year, SCBWI launched a new picture book manuscript contest in conjunction with this event, which is held daily at the SCBWI booth during the fair.

The 100 entry slots for the contest filled quickly, and then it was the job of Emma Ledbetter, senior editor at Atheneum, to winnow those entries down to the six finalists and to select the winner.

Today I’m talking with Emma and with Zoë Armstrong, author of the winning manuscript.

Zoë, how long have you been writing for children?

I’ve been playing with verse since my seven-year-old daughter, Elodie, was very young. But a year ago, I enrolled on to the Picture Book Programme of the Golden Egg Academy here in the United Kingdom, and it has given me tremendous focus and a determination to make space for my writing.

I trained as a journalist so I’ve always written, but creative writing is something I was doing privately at home. I think it can take a while to find the confidence as a writer to actively pursue your creative ambitions. But if you hold your nerve, anything is possible!

Can you tell us more about the writing that you do? Do you write exclusively picture books?

I am a freelance copywriter, but my real love is children’s literature.
I love that picture books are so rich in possibility, and how playful you can be with language and rhythm and ideas.

So, yes, picture books are very much where my heart is.

I tend to write quirky, lyrical stories, and I’d like to work with incredible illustrators and editors who have similar leanings. I try to write every day –– there is still so much to learn! –– and this practice has really elevated my writing.

What prompted you to enter the Dueling Illustrator’s Manuscript Contest?

I’m at that stage in my picture book writing journey where I’m determined to create opportunities, and jump in whenever they show up.

One of the things I love about picture books is the interplay between text and illustrations, so the SCBWI Dueling Illustrator’s Manuscript Contest was a dream contest to enter!

Emma, there were 100 entries to this inaugural Dueling Illustrators Manuscript contest. Can you tell us about your process for narrowing 100 entries down to the top six?

For me, this process—just like my job as an editor—had a lot to do with the gut feeling I had as a reader in response to each manuscript.

As I read the 100 entries, I sifted and organized them; those that stood out to me for any reason I put into a special pile, which started at around 20-30 manuscripts. Then I reread that pile, and continued winnowing them down from there until I landed on my six favorites!

What stood out to you about the six finalists and the winning entry, “When the Huggalumph Hullabalooed”?

As a judge and as a picture book editor, one of the most important things to me is the vision I have, when I first read a story, of what a finished book might look like: for example, what art style might work; what interesting or surprising visual possibilities are available; what freedom an artist might have to bring their own touch and perspective to the story.

Though the manuscripts I selected through this contest are quite different from each other, what they all had in common is that they were stories I’d be interested in seeing come to life on the page—and which I thought could come to life successfully.

Other important factors for a strong picture book manuscript include a premise that feels unique and distinct, and thoughtful writing that draws me in—for its humor, its lyricism, or its cleverness, for example. For me, the winners I chose had these elements, too.

Zoë, what was the inspiration for your winning story “When the Huggalumph Hullabalooed”?

I often start by free writing before I begin to plot, and it was the rhythm and the mouth feel of the words that provided the initial inspiration.

I’m fascinated by the way that the musicality of a text can engage a young child, even if they don’t fully understand the precise meaning of each word. It doesn’t matter!

I read a lot with my daughter and I’m sure that must feed into what I write. But I also think that the poetry of our first picture books stays with us forever.

My own childhood was filled with Maurice Sendak, Edward Lear, Judith Kerr, Roald Dahl and so on… so it’s all in there, I think.

Also my daughter, Elodie, has one or two Huggalumph characteristics herself!

Can you tell us about finding out that your manuscript was the winning entry?

It was incredible to discover that “When the Huggalumph Hullabalooed” had won.

I’d been following the SCBWI Bologna updates on Facebook, and I saw that my text was being illustrated by two superstar illustrators –– Caldecott Medalist Paul O. Zelinsky and John Shelley, who was shortlisted for this year’s Astrid Lindgren Memorial Award.

That in itself was really exciting, and then to actually win!

It’s been an invaluable opportunity to receive feedback from an editor of the caliber of Emma. The report she has written is thoughtful and encouraging, and I can’t thank her and the SCBWI enough.

I’ve already reworked “The Huggalumph” with Emma’s comments in mind. I guess it’s time to look for a great literary agent!

Emma, the guidelines for the contest specified that manuscripts not be longer than 350 words. For several years now authors have been advised to keep their picture book manuscripts short – 500 words or less. Do you see this trend continuing? 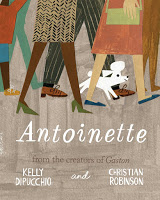 Three hundred and fifty words is definitely on the short end of the picture books we publish! Word counts can vary greatly depending on things like the age group they’re targeting, and whether they’re fiction or nonfiction.

But yes, in general, there has been a trend towards brevity in recent years. I see this not as brevity for brevity’s sake, but because often, a manuscript reads as “too long” because it would simply be a stronger story if it were shorter.

When I edit a picture book text, sometimes I’ll encourage an author to condense when I find that there’s excessive description; too many different plotlines going on at once; or too much information incorporated (this can be a particular issue with nonfiction). 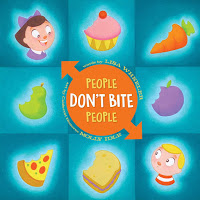 Every word is important in a picture book, where space is precious and limited—so every story needs focus and intent.

Based on your experience as an editor, what is the one thing that you think picture book authors should keep in mind when crafting their stories?

Especially for authors who are just beginning or are early in their careers, it’s important to remember that once your text leaves your hands and is paired with an illustrator, it’s just as much their book as it is yours.

This idea understandably can be difficult to come to terms with, but it’s a crucial mindset for producing the best book possible. 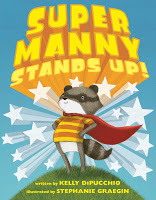 Though the author’s input is important to me (of course!), I want the artists I work with to have the freedom to bring their own vision to the story, too.

In those early stages, when an author is first crafting their story, they can keep this in mind by asking themselves questions about how certain text might come alive visually.

For example, “is it important to the story that I write that my character is wearing a green shirt; or can I let the artist make that choice?”

Not only will this make your manuscript more appealing for an illustrator, but it will help you improve your story, too, by bringing in the focus and intent that I mention above.

Thanks so much for talking with me today! Zoë, we wish you and the Huggalumph great success!

Emma, any last thoughts for our readers?

Thanks for having me, Elisabeth! And thanks to all of you authors who submitted your work to this contest. Keep writing (and reading)!

A graduate of Yale University with a B.A. in Art History, Emma has edited all kinds of books for kids. These include the picture book Ida, Always by Caron Levis, illustrated by Charles Santoso (Atheneum, 2016), which The New York Times called “an example of children’s books at their best” as well as the ALA Notable middle grade novel Quicksand Pond by Newbery Honoree Janet Taylor Lisle (Atheneum, 2017).

She is especially fond of Edward Gorey, the Clementine series by Sara Pennypacker, and the Frances the Badger series by Russell Hoban.

Check out the books she’s edited, as well as some of her favorite children’s literature, on Pintrest; bonus points if you can decipher her Frances-related Twitter handle, @brdnjamforemma. 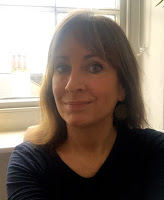 Zoë Armstrong is a British writer. After graduating from City, University of London, she trained as a journalist, and has worked in public relations within the charitable sector and in education.

She spent her childhood reading Maurice Sendak and Judy Blume in Oxford and Paris.

Her love of children’s literature persisted, and Zoë is now a member of the respected Golden Egg Academy for children’s writers.

Zoë lives with her young daughter in Brighton, on the South Coast of England, and works as a freelance writer.
You can find Zoë on Twitter.

Elisabeth Norton grew up in Alaska, went to University in Tennessee, and lived for many years in Texas. 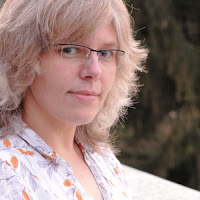 After a brief sojourn in England, she now lives with her family between the Alps and the Jura in Switzerland.

Elisabeth writes for a variety of ages and reading levels, including picture books, chapter books and middle grade books.

She serves as the regional advisor for the Swiss chapter of the Society of Children’s Book Writers and Illustrators (SCBWI).

When not writing, she can be found walking the dogs, playing board games, and spending time with family and friends.