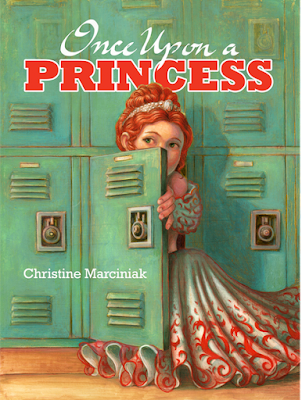 The popularity of the recent royal wedding illustrates society’s continued fascination with monarchies.

A new middle grade novel, Once Upon A Princess by Christine Marciniak (CBAY, 2018) offers a twist on familiar tropes. From the promotional copy:

After a coup in her country, Her Royal Highness, Fredericka Elisabetta Teresa von Boden don Morh (or Fritzi to her friends), wakes up one day no longer a princess.


Stuck hiding in a suburban American middle school dealing with mean girls, cafeteria lunches, and teachers who don’t understand (or know about) her unique situation, Fritzi just wants to go home to her kingdom and be a princess again.


She turns to social media for help, but will her efforts work or make everything worse? With opposition forces trying to force her father’s abdication from the throne, Fritzi discovers that being a true princess doesn’t come from a title.

I recently talked with Christine about the book’s path to publication and her CBAY Books editor, Madeline Smoot about her current manuscript wish list.


There are lots of Cinderella stories about average girls becoming princesses, but you decided to flip that trope. Can you tell me what inspired that idea?

Every little girl wants to grow up to be a princess (or a warrior, I suppose). The Cinderella tropes you mention are proof of that. It’s the classic fantasy. One day I will wake up and be something completely different, something much more fascinating.

Like you said, I took that and turned it on it’s head. What if a Princess wakes up and finds out that she’s just an ordinary middle schooler? What would that look like? How would that even happen? 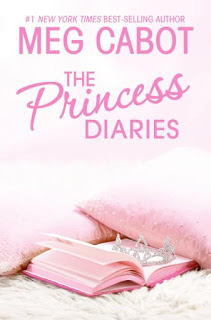 The inspiration for the idea came from Meg Cabot’s Princess Diaries (HarperCollins, 2000), and wondering, “what if.”

What if this story were flipped? Almost immediately I came up with the title and the name for my Princess, the rest took a while to get right.

How did you approach developing the character of Her Royal Highness Fredericka Elisabetta Teresa von Boden don Mohr? (Since I’m assuming you’re not a princess….)

I’m not a princess. I’ve complained to my father about that, but he says there’s not much he can do, since no one is likely to make him a king.

For Her Royal Highness Fredericka Elisabetta Teresa von Boden don Mohr (Fritzi for short), I tried to think what would make her different from the average middle school student and the thing that came to me was that as a princess she would have no shortage of confidence.

Middle school kids are at that awkward stage of growing up where they aren’t little children anymore, but they are not old enough to have real responsibility or freedom, and everything is changing and more often than not they are not sure of themselves or their place in the world.

Fritzi, on the other hand, is very sure of that. She’s a princess. She is special. This has been ingrained in her since she was small.

This confidence doesn’t go away when she goes into hiding and it colors her interactions with everyone from the school secretary to the “mean girl.”

What was your path to publication like for this book?

Rollercoaster would probably be a good way to describe it.

I’d actually started the book about ten years ago, but only wrote a dozen or so pages before putting it aside for other projects. Several years later, I picked it up and finished it, sent it to beta readers, revised and polished and queried agents.

And then something happened that had never happened with any of my previous books: an agent signed me. This was heady stuff, and I had visions of bestseller lists and movie deals.

Alas, this was not to be the immediate path.
Although there was interest from various publishers, no one that my agent sent it to ended up buying it. As a result, after a year my agent and I parted ways (okay, he dumped me; there I said it).

But I was not ready to give up on this book. I took all the rejection letters from the various editors and compiled them, and searched for common ground.

At that time, part of the story had Fritzi traveling back to Europe on her own to try to save the kingdom. It turned out that this part of the story was a stumbling block for quite a few people. So I took it out and revised and decided to try my own luck at submitting the book to publishers.

I chose Madeline Smoot of CBAY Books because I’d had other interactions with her and I had read and enjoyed some of the books she’d published.

Much to my delight, Madeline accepted the book and with a few more minor revisions it was ready to go.
It’s been a long road, but the destination has definitely been worth the journey.

Madeline, what drew you to this story?


I was drawn to the strong voice Christine gave Fritzi in this book. She stood out not just because of her confidence, but also from her resilience. Her world is falling apart, and she does complain about it, but she also tries to proactively take concrete steps to fix things.

I also loved the idea of turning the rags-to-riches trope on its head. There are various stories where the regular person discovers they are an aristocrat or royalty, but very few tales that go the other way. I love books that upend our expectations like this one does.

Christine, what advice do you have for beginning writers?

Don’t be afraid to revise.

So often I see revisions that amount to not much more than changing the wording here and there or adding a few more descriptive passages. I’ve taken huge chunks out of stories and replaced them with something different. In another of my books, I re-wrote the first chapter so many times I could probably publish the outtakes as a full-length novel.

Figure out early what the core of your story is.

In the case of Once Upon A Princess, it was that a princess discovers she’s not a princess any more, and she wants to save her kingdom and become a princess again. No matter what revisions the story went through, that basic concept remained the same.

I had really liked the section of the story where Fritzi ran away to Europe and encountered adventures on her own. I did research into the airports and the youth hostels and all sorts of things. I figured out the train schedules and how you get from Charles de Gaulle airport to the train station.

Basically, it was a lot of research and a lot of words – nearly a third of the story – and I could have stuck to my guns and kept that part in, despite the overwhelming response that it was pulling the rest of the story down.

Instead, I deleted it and ultimately made the story much better. I had to realize that the important aspect of the story wasn’t Fritzi running around Europe, but Fritzi trying to save her kingdom… and in this day and age, she could do that with social media.

Madeline, I noticed CBAY Books has a query window opening up. What would you most love to see in your inbox? 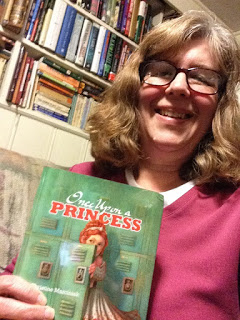 Kirkus Reviews said of Once Upon a Princess, “children who have faced changes in their circumstances will welcome the message.”

Christine Marciniak was born in Philadelphia, but has spent most of her life in New Jersey.

She started her writing career as the editor of The Official Cruise Guide. When her second child was born, she stayed home full time to raise her children and write fiction.

She has written several books for middle grade, young adults, and adults and hopes to write many more.

Madeline Smoot is the publisher of CBAY Books and former Editorial Director for Children’s Books of Blooming Tree Press.

She blogs about writing at Buried in the Slush Pile and is the author of several writing guides, including Story Slices: How to Make Story Plotting a Piece of Cake.

Madeline lives in Dallas, Texas, with her husband, son, a cat, a dog, and more books than should fit in any normal person’s house.