I’d say the first and most severe “bump” in my writing life was…success!

Because I met with one version of “fame and fortune” early in my career, I nearly lost sight of my own convictions about what it means to be a truly successful writer.

When I joined the stable (yes, we were legion!) of authors creating the bestselling Sweet Valley Twins books (Batam/Random House) under the pen name, Jamie Suzanne, I had published only two novels for middle graders—humorous, literary books whose sales figures hardly made a dent in my single-mom budget.

But the Sweet Valley books? Their royalties were staggering; enough, at only a few percent, to put my son and daughter through college! And as to fame?

If I happened to let slip—at a conference, in a cab, during casual conversation—that I was partly responsible for the adventures of identical twins, Jessica and Elizabeth Wakefield, I achieved instant rock-star status, complete with worshipful jaw-dropping, pledges of undying love for the books that had been passed from bunk to bunk at summer camp, and requests for autographs.

What was wrong with this picture?

Unfortunately, I didn’t stop to ask myself that question until I’d begun to lose what little artistic freedom and integrity I’d acquired via the normal route—submitting, being rejected, persisting. 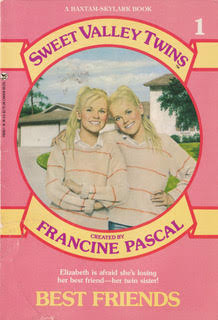 Instead, I fell into the insidious habit of writing formula fluff (sorry, beloved fans of Jessica and Elizabeth, but if the shoe fits, I can’t call it by another name); of consulting a “cast bible” to find out how characters would react in any given situation; of perpetuating a white-bread world where pimples on prom day were as bad as it gets; and yes, of letting the checks roll in.

But no, I haven’t enjoyed “continued success,” at least not the kind that’s measured via sales figures or income. And it’s my students who taught me the way out of Sweet Valley.

You see, once I started working with new writers, beginners who modeled courage and risk-taking, I couldn’t very well stay stuck in that fictional California town, where it never rains and happiness is a new sundress with spaghetti straps.

I’ve heard folks in academia complain that reading student work drains their creative spirit. All I can say is that, so far as the students I’ve been privileged to work with at the Vermont College of Fine Arts, it’s been life-giving. And story-saving.

Because now what motivates my writing is what sparked it in the first place—the need to fuel fiction with my own pain and joy, to transmute them into something larger and more redemptive through the alchemy that is art.

When we look back over the years, most of us can usually see the way our mistakes, like black stars, have lit the way to who we are.

So while I’m not sure I’d untie any of those tangles, I wish I’d valued myself and my writing a lot more. I wish I’d been strong enough to realize that almost no advance is worth signing away your own voice.

That would have saved me seven years of struggling to reclaim it.

(Once you settle repeatedly for clichés and stereotypes, it gets harder and harder to remember the sound of your unique truth.)

In a career that’s spanned twenty years, I’ve seen a lot of changes, but two stand out. One is, perhaps, inevitable: it’s gotten rough out there!

In terms of the sheer volume of submissions to publishers, a new writer today is facing much more difficult odds than I did when I began. Which makes it much less likely that new work will find a publishing home without an agent.

(I worked for decades without agency representation, using a literary attorney to vet contracts, but relying on connections, dumb luck, and the work itself for all the rest. Today? I wouldn’t think of jumping into the fray without my agent’s contacts and publishing savvy behind me.)

“High concept” has become increasingly important to many publishers and agents, and with this emphasis, characterization sometimes takes a back seat to premise.

As publishers continue to buy each other out, the audience each serves grows exponentially, and the temptation to make one book fit all grows.

So while I see the increased competition and the rise of agents as an historical imperative, I sure hope publishing can make more room to accommodate “quiet” books and stories written without one eye on the market.

Above all? Take the time to actually enjoy this year.

Have you noticed the way debut authors are forming internet sites and going on tour together? Join with some writer friends, so you can share advice and appearances (and parties!) Your first galleys to proof, your first author’s copies, your first bookstore signing, your first school or conference gig—these won’t ever come again.

First reviews? If you’re strong of stomach and sure of who you are, you may be able to read them. If not, ask your agent or publisher to filter and summarize!

Oh, and give thanks.

You’ve achieved what thousands of writers are still wishing, hoping, and sweating bullets for!

I wish children’s writers increasing respect for one of the most important jobs in the world. YA has gained a kind of grudging acknowledgment from the rest of publishing, as its sales figures have risen.

My hope, though, is that the talent, imagination, and courage of authors for children also get recognized; that their impact on young readers is accepted for what it is: life-changing and future-shaping.

As I’ve grown older, I’ve become more at home with saying, “I don’t know!” Coupled with, “but I’d like to find out,” this limitation has actually proved to be a freedom.

It’s opened doors to new ways of being a writer in the world.

Collaboration among arts and artists, for example, is something I find more and more exciting and invigorating.

Which may be why in the last few years, I’ve written my first graphic novel (a collaboration with four other authors for DC Comics); published a novel in prose, poetry, and play scripts; made electric blues an integral part of my most recent book launch; given a creativity workshop with my three sisters (a painter, a musician, and a film animator); and done my last poetry reading with backup singers.

What do I wish ahead?