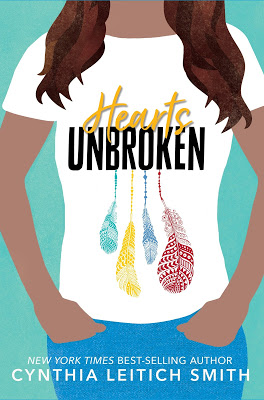 Click this link for the inside scoop on my initial inspirations for the story. You can also pre-order the book from Indiebound, Barnes and Noble, Amazon and other book retailers.

And then keep reading here to learn more about my thoughts on the cover art itself.

When Louise Wolfe’s first real boyfriend mocks and disrespects Native people in front of her, she breaks things off immediately and dumps him over email.


It’s her senior year, anyway, and she’d rather spend her time on her family and friends and working on the school newspaper.

The editors pair her up with Joey Kairouz, the ambitious new photojournalist, and in no time the paper’s staff find themselves with a major story to cover: the school music director’s inclusive approach to casting The Wizard of Oz has been provoking backlash in their mostly white, middle-class Kansas town.


From the newly formed “Parents Against Revisionist Theater” to anonymous threats, long-held prejudices are being laid bare and hostilities are spreading against teachers, parents, and students—especially the cast members at the center of the controversy, including Lou’s little brother, who’s playing the Tin Man.

As tensions heighten at school, so does a romance between Lou and Joey—but as she’s learned, “dating while Native” can be difficult. In trying to protect her own heart, will Lou break Joey’s?

What I adore about this cover is that it’s so unabashedly casual and contemporary. Accessible and inviting.

Centering the T-shirt imagery is something I discussed with my Candlewick editor, Hilary Van Dusen, who was working with Pamela Consolazio, the jacket designer.

To me, the art vaguely suggests the feel of a powwow T-shirt. So, it’s grounded in daily life, but intentionally not groundbreaking. You’d find a few similar Ts in my closet.

On another note, I’m glad that the design largely leaves facial casting to the young reader’s imagination.

I love the covers of two of my previous novels, Rain Is Not My Indian Name (HarperCollins, 2001) and Tantalize (Candlewick, 2007), both of which clearly show the face of the protagonist.

But prose novels are such deeply interior experiences. Sometimes it’s best for young adults to envision the story, including its hero, in their own theaters of the mind.

Beyond that, I highly approved of the decision to use a teen-friendly handwriting font for “Hearts” and a firmer, more formal one for “Unbroken.” When I think of real-life teens like my fictional Louise, I am optimistic about the future. Young Native hearts are strong.