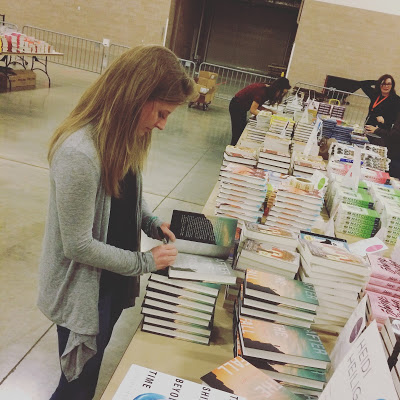 Kate Hart’s YA novel, After the Fall, debuted in January 2017 from Farrar, Straus and Giroux. From the promotional copy:

Kate Hart’s debut YA novel After the Fall is a wrenching, emotional read and an intense conversation starter about issues of sexual consent.

Seventeen-year-old Raychel is sleeping with two boys: her overachieving best friend Matt…and his slacker brother, Andrew. Raychel sneaks into Matt’s bed after nightmares, but nothing ever happens. He doesn’t even seem to realize she’s a girl, except when he decides she needs rescuing.

But Raychel doesn’t want to be his girl anyway. She just needs his support as she deals with the classmate who assaulted her, the constant threat of her family’s eviction, and the dream of college slipping quickly out of reach. Matt tries to help, but he doesn’t really get it… and he’d never understand why she’s fallen into a secret relationship with his brother.

The friendships are a precarious balance, and when tragedy strikes, everything falls apart. Raychel has to decide which pieces she can pick up – and which ones are worth putting back together.

Publishers Weekly said After the Fall “has a lot going for it—well-defined and believable major and minor characters, in particular—as well as a lot going on. The book takes up consent, slut shaming, issues of class and (to a lesser extent) race, unrequited love, and competition between siblings—and then adds a tragic accident and the resulting guilt and fractures.”

I’m pleased to welcome Kate to Cynsations to talk more about After the Fall, what she is writing now, and her thoughts about working on a future project with her tribe, the Chickasaw Nation.

What was your initial inspiration for writing After the Fall? 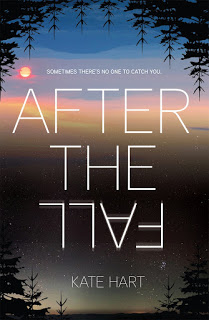 I started writing After the Fall in 2010, when I had just trunked a paranormal manuscript and wasn’t sure where to go next. Someone online suggested the “I want” technique, so I sat down and made a simple list with “I want to write about…” at the top, followed by random topics that appealed to me.

After “hiking,” “the Ozarks,” and “keeping up with the boys” showed up, I wrote a random line about rock climbing that led to an entire scene, and six weeks later it was an entire book.

A lot has changed in the manuscript since then, and it took a lot more than six weeks to reach the book’s final form, but that scene stayed and the first line remained the same.

What has your author journey been like since publication in January of this year?

It’s been complicated, because my health took a downturn right around the book’s release (which also coincided with the week of the Inauguration), and an even worse downturn this fall.

I was lucky enough to attend several book festivals in the spring, and meeting readers has definitely been my favorite part of the experience, so being unable to travel for promo later in the year was really disappointing. But that’s life with a chronic illness, and hopefully I’ll be better prepared to manage those issues next time around.

The assault that Raychel’s character experiences is loosely based on my own, so when the first version of the book went on submission in 2010, it was very difficult for me to separate criticism of her actions from criticism of my own teenage behavior.

Seven years later, it’s not fun to read reviews that victim blame or claim that I, as an author, have somehow made light of the issue, but the time it took to get the books on the shelves gave me a while to develop a thicker skin and draw a better distinction between myself and my work.

Setting is an important element to me, so it was fun to pull parts of my hometown into the story. People have some pretty strong preconceived notions about Arkansas, and it’s been lovely to get thanks from locals who are relieved to see our area portrayed realistically.

You’ve mentioned in an interview earlier this fall that you’re working on a book informed by your Chickasaw ancestors’ experience. Will it also be a young adult story?

This is a great question because I’ve been asking myself the same thing! It’s certainly written about teenagers, but while one of the point of views is first person from a seventeen-year-old girl, the other is a “bird’s eye view” third person that may be skewing more adult.

I keep worrying about it, but ultimately you have to let the book be written in the way that works best for the story. My hope is that the finished draft will at least be a crossover – and if not, that my agent and/or future editor can help me straighten it out!

Any plans to work with the Chickasaw Nation’s White Dog Press to publish books for children and teens? 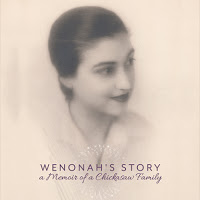 For now, I plan to stick with the major YA publishers, but I’d love to take part in some kind of anthology or project through the Chickasaw Nation.

I recently read their larger Chickasaw Press’ release Wenonah’s Story as a reference for my work-in-progress and I’m so grateful that they’re preserving the stories of our ancestors for future generations.

Find your group (but not your tribe, because Dear Internet, tribes are a totally different thing).

When I first started writing, I didn’t have any local writer friends, but thanks to sites like Absolute Write and the early days of Twitter, I ended up with an amazing support group of colleagues.

Watching their publishing journeys taught me so much, and I went into my own career well-informed because of their generosity and advice.

Any last thoughts on Native/First Nations writers for young people? 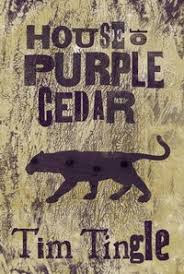 I am beyond excited for the books coming soon from Rebecca Roanhorse. Her debut novel Trail of Lightning is for adults, but she also has a middle grade called Race to the Sun coming from Rick Riordan’s new imprint, plus several short pieces in various anthologies.

I’m also a fan of Tim Tingle’s House of Purple Cedar, which takes place in Skullyville, a Choctaw town in Oklahoma where many of my relatives lived.

After studying Spanish and history at a small liberal arts school, Kate Hart taught young people their ABCs, wrote grants for grownups with disabilities, and now builds treehouses for people of all ages.

Her debut YA novel, After the Fall, was published January 2017 by Farrar, Straus & Giroux; she’s also a contributor to the 2018 anthologies Toil and Trouble and Hope Nation.

A former contributor to YA Highway, she currently hosts the Badass Ladies You Should Know series, and sells woodworking and inappropriate embroidery at The Badasserie. Kate is a citizen of the Chickasaw Nation with Choctaw heritage and lives with her family in Northwest Arkansas. 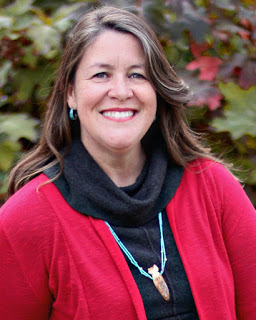 In April 2016, Charlesbridge acquired her first nonfiction picture book, We Are Grateful: Otsaliheliga, from the slush pile. It will be published on September 18, 2018. The story features a panorama of modern-day Cherokee cultural practices and experiences, presented through the four seasons. It conveys a universal spirit of gratitude common in many cultures.

One thought on “New Voice: Kate Hart on After the Fall”