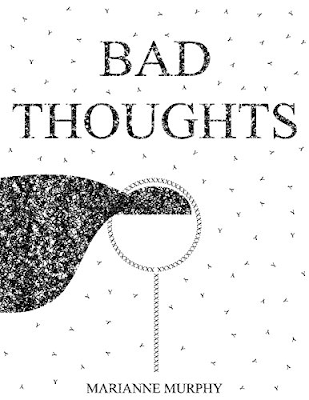 This is the third post in a series honoring reluctant readers.

Writing conveys a full spectrum of experiences and emotions—but are there limits to what words alone can do? When digging deeper into the building blocks of literacy, you realize that letters and words are more than the ideas the represent. They’re physical entities too. Their shapes and designs can contain meaning.

One way to reach emerging readers is with a visual approach to storytelling. Authors who explore the relationships between words and images have a rich set of tools at their disposal.

Words can have shapes that enhance their meaning. Shapes and symbols can add new ideas to the words on the page.

Young people today are in many ways highly visually literate.

In my work, I use of imagery to help emerging readers make meaning. In this third article in my series for relucant readers I spoke with another author whose work employs visual elements to make meaning, Marianne Murphy.
Marianne came up against some of the limitations of traditional writing conventions while working on a memoir about her childhood. Murphy turned to concrete poetry to squeeze more meaning out of our alphabet. The result is her new title, Bad Thoughts (Amazon Digital, 2017), which is now available as an ebook. Her unique use of of letters as visuals adds to the mood of the story. Her sentence design contributes to the voice.

Perhaps more authors should take a visual approach to writing. The additional meaning conveyed by the imagery aids emerging readers in their quest for understanding. But more than that, it allows writers to express themselves in new ways.

Beth Bacon: You’ve written a memoir about your struggles with OCD as a child. Why did you choose to use the concrete poetry form to convey the story?

Marianne Murphy: I knew that I wanted to express my experience, because it was a very isolating time period for me and there isn’t a lot of narrative representation of childhood and adolescent OCD. But I was having a really hard time expressing my story in a traditional way, because that linear, logical, structured path is not how I was processing my thoughts at the time.

I didn’t think people would be able to recognize their own experiences in my story if I forced the story into an uncomfortably linear narrative.

It became clear to me that it had to be visual because some parts of the experience were indescribable through words alone, and I found that the chaos of concrete poetry helped me access and recall a lot of the rawness of the experience.

The concrete poetry form sometimes utilizes the repetition of words to create a deconstruction of meaning, and I found that repetitiveness naturally reflected how my brain felt during the times when my OCD was really intense.
Beth Bacon: Visual literacy is the ability to make meaning from images. Stories that present information visually can help emerging readers.

Can you talk about how the visuals in your story make meaning?

Marianne Murphy: One of the first visuals that came out while I was writing was the repeating Y to represent obsessive thoughts.

It first occurs during the main character’s obsessive prayer, where the word “Sorry” deconstructs, and the Y’s break off and overwhelm the page.
The sensation of abstract concepts being broken down into meaningless tasks and clouding my focus was one of the most exasperating and indescribable parts of OCD, and for me there wasn’t a clear way to express that sensation through words alone.
I think some concepts need to be conveyed visually, and some people absolutely find it easier to relate and project their own experience onto a visual narrative.

Beth Bacon: You say you weren’t a reluctant reader as a child. What was your relationship with books when you were young? How often did you read, what types of books, and why? Did you perceive your reading habits as different from other kids?

Marianne Murphy:The biggest problem I encountered as a child was a lack of understanding and vocabulary to explain my experience and seek professional help, so abstract and surreal visuals were the only way I could even try to convey what was going on. That is still partially true today.

Beth Bacon: Meta fiction techniques break a book’s conventions. They are any self-referential elements that disrupt the text or boundaries of the book, refer to themselves, invite interactivity, and mock the rules of reading we work so hard to teach. For readers who feel marginalized, meta fiction can be affirming and empowering.

As a child, I used reading to escape from my reality, did you?

Marianne Murphy: I read all the time! For the most part I alternated between very visual, meta picture books like The Stinky Cheese Man and Other Fairly Stupid Fairy Tales by Jon Scieszka (illustrated by Lane Smith, Viking Press, 1992), and nonfiction like arts-and-crafts books, joke books, and biographies.

I was really obsessed with Ellen Degeneres’s and Whoopi Goldberg’s adult memoirs, and I was also really drawn to books that were aware of their own structure, like Louis Sachar’s Sideways Stories from Wayside School (illustrated by Adam McCauley, HarperCollins, 2003).

Beth Bacon: Books can be powerful allies to kids who feel like outsiders for any reason. There’s something very personal about the relationship between a reader and a book. And meta fiction draws attention to this relationship.

When a book behaves differently in its structure, format, or content, it’s as if the book and the reader make a secret, rebellious pact.

In my new title, The Book No One Wants To Read, the book/narrator makes a deal with the reader: “What if you just sit here and turn my pages and we just goof off? I won’t tell anyone if you won’t.”

What conventions did you work with while writing Bad Thoughts?

I noticed that I stayed in the realm of picture books a lot longer than other kids, though my reading level was advanced.
I didn’t really use reading to escape reality, because due to my obsessions I always felt very isolated from reality. I think I was reading to try to perceive my own reality more clearly.

Beth Bacon: Can you talk about how you wrote this story? Did you write it out in straight sentences first then create the art? Did you sketch the designs from the start? What tools (software programs?) did you use to manipulate the sentences? What were your challenges artistically and technically?

Marianne Murphy: Every page started as a concrete poem!

I made it entirely in Photoshop without sketching first, and strictly in Times New Roman 12 pt. font, primarily using the pen tool although I made custom brushes of some of the letters so that I could scatter them more easily.
I made the pages out of order first, sort of just going with my gut to recall the experiences and get everything down that I needed to, and then worked with my advisor Will Alexander at VCFA (Vermont College of Fine Arts) to come up with a good way to order the pages, add a couple transitions, organize the story, and turn the collection into something of a narrative.
It was very hard to keep the rawness when I was working on something so technical like page design and in such a strict font. I noticed pretty early on that if the page wasn’t literally physically painful to write, then the emotion wasn’t going to come across.

Beth Bacon: One theme in your story is the perception of being different from others. The amazing thing is, however, this story brings up universal feelings we all share.

Marianne Murphy: Thank you! The biggest surprise to me after showing this piece to friends and ultimately releasing the book was the fact that people could identify with parts of it or recognize these behaviors in their family members, especially since I’d felt so completely isolated about it for such a huge chunk of my life.

I think that it’s very hard for people to recognize and own their darker thoughts, let alone express them, but that we find it very cathartic to see those thoughts represented even abstractly in someone else’s work, with a layer of psychic distance. I think the visual elements help create some safe distance, too.

Beth Bacon: Marianne, you’re a writer unafraid to go beyond the conventions of YA novel in order to tell your story.


Huge thanks to Beth Bacon for putting together this three-part series focusing on reluctant readers! 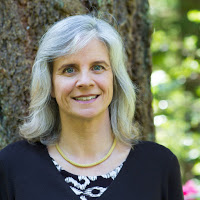 Beth Bacon is the author of books for reluctant readers including I Hate Reading (Pixel Titles, 2008, 2017) and The Book No One Wants To Read, illustrated by Jason Grube and Corianton Hale (Pixel Titles, 2017).

She earned an MFA in Writing For Children and Young Adults from Vermont College of Fine Arts.

Beth has won the VCFA Candlewick Award for Picture Book Writing, the Marion Dane Bauer Award for Middle Grade Writing, and is a PSAMA PULSE Award Finalist for marketing.