Ha! Oh the bumps. So many bumps. Some have been the things that no author can control, such as an editor leaving in the middle of a project.

With the Dreaming Anastasia series (Sourcebooks, 2009-2012), I had four different editors over a three-book series. As you can imagine, this kind of turnover is no one’s friend, and not only because subsequent editors have to work with a series they didn’t acquire and that probably isn’t a good match for their tastes.

It also meant that the only true continuity editor for the three-book saga was me. The first book had been an unplanned breakout–this extremely miraculous event that came from a combination of timing, luck, and an in-house publicist who happened to like me and decided to work very, very hard and savvy with me and on my behalf.

Thus, book one sold very well and is still the book for which I’m best known.

The initial plans for book two were focused and big. But when the publicist left just as book two was coming out, all those plans basically fell apart or didn’t materialize, and so I had to figure out how to keep promoting the series in the ways I felt would be best.

I realized that I could either moan about it all or try to do something. Make my own luck, my own connections. It wasn’t perfect, but it kept me in the game.

We all know the truth. It’s tough to make any book a success without consistent and substantive publisher support.

So much of what gets books noticed starts happening a year or more before publication and continues its game plan right up to publication.

All those conference and book festival pitches, all that print promo, those personal notes to booksellers, the ads and the media whatevers, they add up.

Without that support, it’s a trickier thing.

Trickier being a euphemism for “good luck to you.”

So I built my own support system with authors and librarians and booksellers. Because I might not be able to get that broader publicity, but I could still get my name and my books out there.

This took many forms. I pitched panels and workshops to the numerous regional school librarian conferences around Texas, both individually and with fellow authors. I attended and networked at SCBWI conferences not only in Houston but also in Dallas, San Antonio, Austin and more.

I supported other authors and independent bookstores because this business is about community, about supporting the art and the stories, about being part of the conversation. 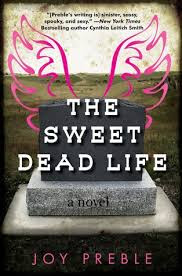 I contacted all the Houston YA authors I knew– some debuts, some mid-listers like me, some NYTimes bestsellers and created a loosely structure author co-op we call the YAHOUs (YA Houston), designed to help us signal boost and support and pool our various opportunities.

I put my name out there.

I pitched for school visits and did more librarian networking and developed programs to present.

I also found my own niche–the things that work for me and my books and my skill set: Presenting workshops on craft and the writer life. School visits that are writing workshops or some hybrid that also includes talking about never giving up and tenacity. Keynote speeches when I get them. Author panels both as participant and moderator.

I have come to grudging terms with the fact that some of the big-name festivals might never be offered to me for a variety of reasons. But many, many are.

Lasting in this business means understanding when to reinvent yourself, when to stick to your brand, and when–to paraphrase that song from “Frozen”–just let something go.

We can’t all be all things, so:

Mostly, I keep writing. That’s been its own bump. After seven books in seven and a half years and a few manuscripts that didn’t sell, I hit a wall with the book I’m finally getting right.

I started over more than once. Gave up the notion that it would be the option book for one of my publishers. Wrote it again. And now I’m writing it one more time.

It’s the book it should be. But it means there will be a gap. I’m trying to be good with that.

Having a new job at an independent bookstore is helping. I’ve learned much about the industry from this side of things. I’ve been reminded about all the amazing small books by small publishers that are simply brilliant, and it’s an honor to hand-sell these books that otherwise would have little or no noise around them. The push to persist has ultimate always been the same: I can’t imagine my life without writing. I have stories to tell.

And that Dreaming Anastasia series that went through all those editors and all those bumps?

It’s still selling, still being reviewed by readers and amazingly, being referenced in numerous scholarly papers about retellings of Russian fairy tales! They’re still the books I’m best known for. In fact, there’s been talk about repackaging the series. So you just never know. 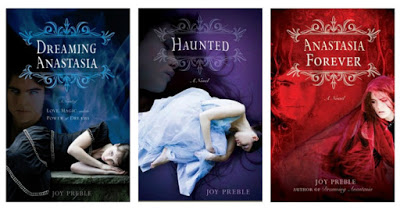 
For sure, I would have persisted earlier, as far back as college when I started writing what would have been a YA novel but didn’t ever finish it.

I would have treated writing as a business earlier, although I will say that it was harder to do that in the pre-Internet days, which may or may not be a valid excuse. 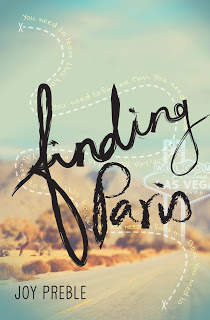 I would have sometimes pushed harder to make sure Marketing was defining my books as I wanted them to be defined.

Beyond that, I honestly have no regrets. This journey has been in many ways a miracle. And if that’s overstating things, let me rephrase.

My character Leo in Finding Paris (Balzer + Bray, 2015) says something at the end of the novel that I truly believe– that she understands not everyone gets the life they want.

Of course Leo hopes this won’t be true for her, hopes she can move forward now that she has finally told her devastating truth.

I know I’m lucky to have gotten a chance at the artist’s life I probably should have been living long before I finally realized that’s what I was supposed to do.

Children’s-YA publishing feels much more big deal/dollar driven than it did back when I first signed with an agent and sold my first novel in 2006-2007. Not that money wasn’t a focus.

Publishing is, of course, a business.

But the competition is greater, the desire for debut authors who will break out and make it big with that first book rather than a slower build of a career is much more intense–and it certainly does drive the promotional aspect of things.

In YA literature, there seems to be a large push for signing authors who can be promoted as sort of analogues for their books and I’m not always sure what I think about that. It makes promotion easier. But I worry that it shoehorns certain authors into writing only that one thing and I do believe that at some point, this becomes, at best, formulaic and, at worst, detrimental to their growth as writers.

That being said, I am heartened by the focus on #ownvoices, heartened that in kidlit we are committed to making sure that representation of marginalized groups is done authentically and with the proper nuance and awareness of potential, even if unintended, bias. I am glad for sensitivity readers.

In my previous life as a high school English teacher, I was frequently disheartened at curriculum choices that limited, for example, African-American characters to a study of To Kill A Mockingbird by Harper Lee (1960) and Jewish characters to Night by Elie Wiesel (1956) or Diary of Anne Frank (1947).

“But we’ve got this great unit,” teachers would say. “The students love it.”

And I would have to say, “Yeah. Okay. But listen. If the only books students read about Jews and People of Color focus on those people as victims then what subliminal lesson are we teaching?”

So I’m glad to see us collectively working to the write the books that need to be written.

I am glad we are being tough on each other.

Have faith in yourself.

Tune out the noise.

Write the stories you need to write. Don’t follow the trends.

Make sure you have critique partners who challenge you and who are the right ones to help you raise the bar.

Remember that once a book is out in the world, it’s no longer yours. Which means that Goodreads is for readers, not for you. Peer at it at your own peril. Remember that sometimes readers will read the book they think it is, not the one you’ve written. Learn what you can from this, but don’t fret. 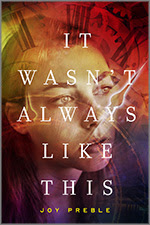 I will borrow from Cynthia’s own answer to the question: I want Story to be the main focus of books. The focus needs to be on telling the stories you are best able to tell.

Identity needs to be organic to the story and when it’s not, there’s sometimes a fill-in-the-blanks feel that diminishes the power of the story. This is a tough job, that balance.

But it’s not always easy because that identity is not just about surface things like holidays or food but all the nuances of how this specific Jewish character sees the world.

So how do we make sure editors see all that and then readers? How much should we worry about? And I think at the end of the day, it comes back to making sure we focus on Story first.

Most immediately, I want to finish the book I’m working on and move it toward publication. Hopefully that will have happened by the time you read this!

I think that’s enough of a goal for now!

One thought on “Career Achievers: Joy Preble on Thriving as a Long-Time, Actively Publishing Children’s-YA Author”