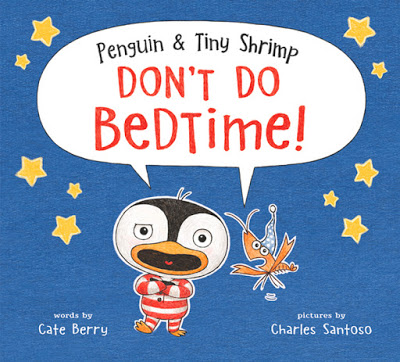 Cate: Hi, Charles! I’m here with Penguin and Tiny Shrimp to talk about—

Penguin: Hey, Charles! Love the cover, but what’s with the pajamas?

Tiny Shrimp: We don’t do bedtime, Charles. (Although I love my nightcap and I’m keeping it.)

Cate: Guys! Let’s slow down here! I want to talk about the cover for our new book Penguin and Tiny Shrimp Don’t Do Bedtime! (J’dore, Swoon, Applause!).

Cate: You’re such a versatile illustrator. I’ve fan-girled over your books I Don’t Like Koala (by Sean Ferrell, Atheneum, 2015), Ida Always (by Caron Levis, Atheneum, 2016) and Peanut Butter and Brains (by Joe McGee, Abrams, 2015) just to name a few. 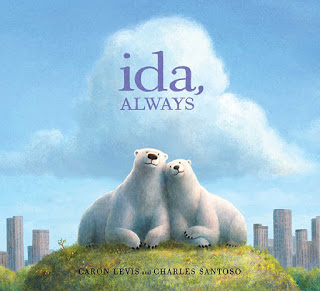 Can you talk about this as it relates to our book and the cover?

I try to “listen” to the story carefully and let my gut feelings guide me towards finding the right style for the book. I want to make sure the words and illustrations blend in and compliment each other as much as possible. It’s all about the story!

Cate: Yes! It’s always about the story! Hey, speaking of story, can we get a glimpse into the illustrator’s life and peek at your studio?

Charles: Here you go. My other pictures are unfortunately super messy.

Cate: Hey, don’t knock messy. I love how sly Penguin and Tiny Shrimp’s expressions are on the cover. There is so much there. They seem indignant—

Penguin: We are indignant. We’re not sleeping.

Charles: There you go, Cate! I told you they would evolve on their own!.

Cate: It sure seems so! The cover makes me laugh. When I teach, I like showing how humor is a mix of something serious with something silly. You have to find the balance. Does this come into play with illustrating for you?

Charles: I have to care about the characters. When I said that I “listened” to the story, I really meant knowing how both characters sound for me personally.

Both Penguin and Tiny Shrimp say things that might be funny to us but they are 100 percent sincere! So I have to make sure I’m portraying them genuinely— as close to their unique characters and personalities as I hear and see them in my mind.

Cate: That’s so neat. I love what you say about listening. I feel that’s true with the whole picture book making process. It’s like a duet at first, writer and illustrator. I’m writing and discovering these characters. And then you listen and have them come to life through your art. Then it’s a quartet when the editor and art director collaborate with us. Making picture books is so amazing.

Penguin: Hey, let’s get back to basics!

Tiny Shrimp: Did he ever answer about the pajamas? 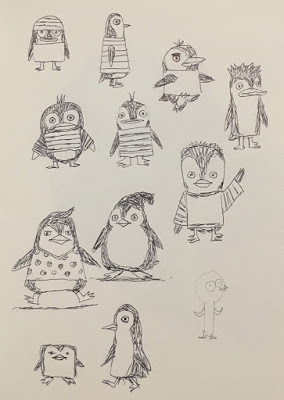 I love the entire color palette throughout the book. Can you talk a little about the choices you made?

Charles: Penguin and Tiny Shrimp love things that are fun! Full of energy! But, I did want them to go to sleep too, so I added more night colours to balance things out.

Cate: What else should we know about the cover?

Charles: The illustrations are done digitally but with the same attention to detail as I normally do with traditional media. It was time consuming, but I’m happy with the result.

Cate: I’d love to hear about something that’s unique to our book. Something you discovered along the way that shows up on the cover?

Charles: Penguin and Tiny Shrimp weren’t looking like they do now. I went and did lots and lots of explorations before finding the final look. 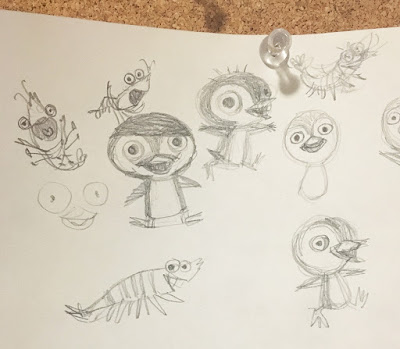 Cate: Did I miss anything else other than…

Tiny Shrimp: They have to read the book!

Charles: I don’t know what you’re talking about, Cate… Ha!

But, yes! Go read the book when it’s out! 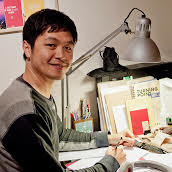 Charles Santoso (Chao) loves drawing little things in his little journal and dreaming about funny, wondrous stories. He gathers inspiration from his childhood memories and curiosities he discovers in his everyday travels.

He has illustrated several picture books, including The Snurtch (Atheneum, 2016) and I Don’t Like Koala (Atheneum, 2015) – both written by Sean Ferrell, Ida, Always by Caron Levis  (Atheneum, 2016), Peanut Butter & Brains by Joe McGee (Abrams, 2015) and Spy Guy: The Not-So-Secret Agent by Jessica Young (Houghton Mifflin Harcourt, 2015).

He worked at Animal Logic as a concept artist/art director and was involved in various animated feature film and tv commercial projects.

His work has been exhibited in Sydney and also internationally in North America and France. He currently lives and works in Sydney, Australia. 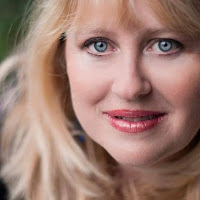 Cate Berry is a recent graduate of Vermont College of Fine Arts, Writing for Children and Young Adult MFA program (July/2017), receiving her Picture Book Intensive Certificate in the process.

Cate is an active member of SCBWI and the Austin children’s literature community.

She teaches numerous picture book classes at the Writing Barn, including the upcoming Perfecting the Picture Book II, starting January 8, 2018.

She lives in Austin with her husband and two children.