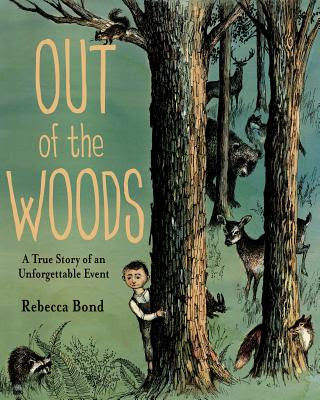 Author-illustrator Rebecca Bond died in August while Cynsations was on summer hiatus.

Obituary: Rebecca Bond by Emily Kantor from Publishers Weekly. Peek: “Rebecca Bond, who created 10 books for young readers, died on August 2 after a brief illness. She was 45.

“Bond was named a PW Flying Start in 1999 for her debut picture book, Just Like a Baby (Little, Brown). Bond went on to write and illustrate…Escape from Baxters’ Barn (HMH, 2015) and Out of the Woods: A True Story of an Unforgettable Event (Farrar, Straus and Giroux, 2015), inspired by her grandfather’s childhood. …Bond was a senior designer at HMH Books for Young Readers; she joined the company in 2008 and worked there until her death.”

Fall 1999 Flying Starts: Rebecca Bond: A Combination of Talents by Heather Vogel Frederick from Publishers Weekly. Peek, quoting Rebecca: “‘It’s almost ridiculous that only my name is on the front of the book,’ she says modestly. ‘It’s a huge collaboration! So many people put their time into it–it’s all of our book. I really feel that somewhere it should say Megan’s name and Judy Sue’s name. They helped make it work.'”