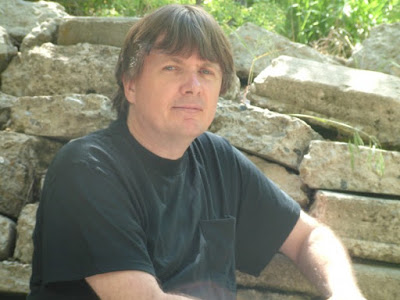 In the early part of last year, Rick Walton, one of my best friends and a prolific picture book writer, was diagnosed with a terminal and aggressive brain tumor.

For many years before this diagnosis, Rick battled early-onset Parkinson’s disease.

Recently, the tumors returned (after a surgery that left Rick partially paralyzed) and as I write this, my friend, my hilarious, clever, word-twisting friend, lives out his last days.

I’ve wandered around the house crying far too much, visiting Rick when I can.

This world of grief is something we all experience in one way or another. No one is exempt from sorrow. It makes up a part of who we are and so grief finds its way into many of my novels. My characters grapple with love lost, death, abuse. I write about life. The sad part.

Writing about grief, telling the true story of a sorrowing character, is tremendously important.

Readers need examples of survivors. But what happens when that grief becomes too much for the writer?

These last few weeks, as Rick has become more and more sick, has found me not wanting to write unless I must. I don’t believe in the muse nor do I believe in writer’s block. Writing is hard work and we must work to get words on the page. 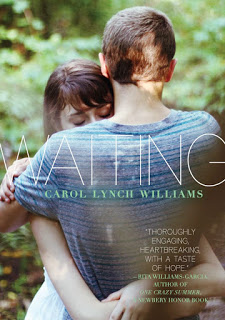 I do think, however, there are drags on our creativity—events that can eat up our words almost before they are formed. That’s where I am now.

Many years ago, it seemed my worlds crashed around me. I went through a divorce, lost the home I’d raised my girls in, ended up moving every few months trying to find a place for my children and me to settle. I was desperate for a place to call home.

At the same time, four people in my life died, money became more and more scarce, a close relative experienced two psychotic breaks, a drugged neighbor kept trying to break into our rented house . . . and when I thought I could bear no more, I went to two unrelated funerals in two days.

I felt overwhelmed with grief. At one point I finally cried out to my God, “I believe in you but do you believe in me?” That accumulated sorrow led to my young adult novel Waiting (Simon & Schuster/Paula Wiseman, 2012).

there were other times

when my heart and my body, and my spirit even, felt unable to do anything, including write.

There were times when I wept alone and in the open.

Times when I wondered if I could draw in a breath.

I found myself hoping for courage and the ability to do what I had to do: write.

Here are a few things, past the hoping, that helped me get the courage to do the hard thing of finishing a novel.
I:

Every day since the news that Rick will soon die, I’ve gone to see him. I hold his hand, talk to him about my own life, read him messages from those who love him and can’t travel to Utah to tell him goodbye themselves.

But I haven’t written.

Not my blog, not either of the two novels I should be rewriting, not on the mid-grade or YA novel I started this summer.

For the sorrow to not be as heavy.

I wish you all could have known Rick Walton as he was years ago. You’d love him like I do. He’s pretty darned fantastic.
I’m going to miss him.

My best friend. My Rick.

Rick Walton passed away peacefully, with his mom and sister by his side, three days after I completed this writing. 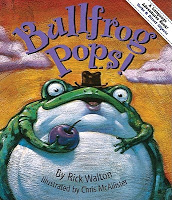 Rick Walton’s books included Frankenstein: A Monstrous Parody, illustrated by Nathan Hale (Feiwel & Friends, 2012); Girl and Gorilla: Out and About, illustrated by Joe Berger (HarperCollins, 2016), and Bullfrog Pops! An Adventure in Verbs and Objects, illustrated by Chris McAllister (Gibbs Smith, 2011). 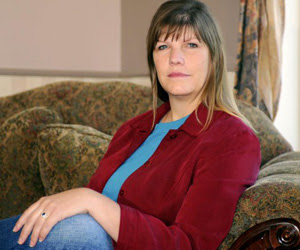 Carol Lynch Williams, who grew up in Florida and now lives in Utah, is an award-winning novelist with seven children of her own, including six daughters.

She has an MFA in writing for children and young adults from Vermont College, and won the prestigious PEN/Phyllis Naylor Working Writer Fellowship.

The Chosen One (Griffin, 2010) was named one of the ALA’s Quick Picks for Reluctant Young Adult Readers and Best Books for Young Adult Readers; it won the Whitney and the Association of Mormon Letters awards for the best young adult novel of the year; and was featured on numerous lists of recommended YA fiction.