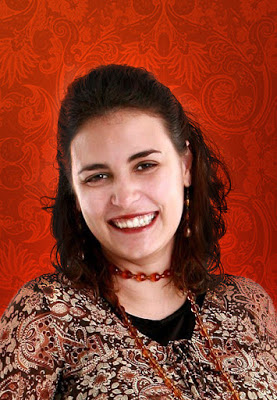 The first of a four-installment dialogue with Ambelin and Cynthia.

I am an Aboriginal author, illustrator and law academic who comes from the Palyku people of Australia.

I’ve written before that I don’t believe the absence of diversity from kids lit to be a ‘diversity problem.’ I believe it to be a privilege problem that is caused by structures, behaviours and attitudes that consistently privilege one set of voices over another.

Moreover, the same embedded patterns that (for example) consistently privilege White voices over those of Indigenous peoples and Peoples of Colour will also work to privilege outsider voices over insider ones, at least to some degree.

The insider voices, of those fully aware of the great complexities and contradictions of insider existence, will always be more difficult to read and less likely to conform to outsider expectations as to the lives and stories of ‘Others’. 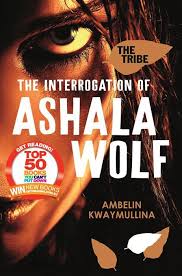 Insider stories can therefore be read as less ‘true’ or trap an insider author in a familiar double-bind – if we write of some of the bleaker aspect of our existence we’re told we’re writing ‘issues’ books; if we don’t we’re accused of inauthenticity.

I would like to think that as an Indigenous woman, I have some insight into marginalisation not my own. I have always thought that any experience of injustice should always increase our empathy and push us towards a greater understanding of injustice in other contexts.

But that does not mean my experiences equate to that of other peoples.

In an Australian context, I have said that I do not believe non-Indigenous authors should be writing Indigenous characters from first person perspective or deep third, because I don’t think a privilege problem can be solved by writers of privilege speaking in the voices of the marginalised.

And I apply the same limitation to myself in relation to experiences and identities not my own.

Ibi Zoboi recently wrote powerfully to the perils of the desire to ‘help’, noting that White-Man’s-Burdenism is not limited to White people. I run writing workshops for peoples who come from many different backgrounds of marginalisation, and as a storyteller, it is tempting to enact that instinct to ‘help’ into a narrative, to highlight the struggles of workshop participants in one of my own stories.

But between the thought and the action must come the process by which I determine if I am really helping at all.

So I ask myself, is the story mine to tell? The answer is no, of course; their stories are their own and their pain is not my source material.

The only way in which I would write from someone else’s perspective is in equitable partnership with someone from that group (where copyright, royalties and credit are shared).

This would not necessarily mean we each wrote half a novel. The other person may not write a word; their contribution could be in opening a window onto insider existence and correcting the mistakes an outsider inevitably makes.

I’ve had people tell me that this is the job of a sensitivity reader. But I am cautious about the boundaries of that relationship because I think there are cases where the input of an insider advisor infuses the narrative to such a degree that they are really a co-author and should be treated as such.

I don’t think the question is who wrote what words, but whether the story could have been told at all but for the contribution of the insider.

Someone once told me that I was restricting myself as a storyteller. I don’t believe I am.

I am acknowledging boundaries, but boundaries do not necessarily limit or restrict. Boundaries can define a safe operating space, for myself and for others, and respect for individual and collective boundaries is part and parcel of acknowledging the inherent dignity of all human beings.

I have begun co-writing a speculative fiction YA novel that is told from the perspectives of two girls: one Chinese, and one Indigenous. I am writing the Indigenous girl, and Chinese-Australian author Rebecca Lim is writing the Chinese girl.

The original idea for the story was Rebecca’s, but already it is changing as we each negotiate our own identities and experiences.

This is not a story that is restricted by boundaries; it is one that would not exist without them. In the writing of it, Rebecca and I are creating something that is greater than the sum of both of us – and in such stories, I see the future.