The second of a four-installment dialogue with Ambelin and Cynthia.

Yesterday, Ambelin spoke on ethics, the writing process and own voices.

We have children’s-YA literature and the law in common. That’s actually a pretty common combination here in the states. Why do you think there are so many people involved in both?

Well, I’ve had some of my law students suggest the law is so horribly dry that it drives people to being creative in order to escape its clutches (these are generally the students who are studying law because their parents thought it was a good idea).

But for me at least, I think the reason I studied law and the reason I write are the same. In both realms, I am seeking justice – and justice, in Aboriginal societies, generally equates to balance, not just between human beings but between all forms of life (and everything lives).

The oppressive law I wrote about in the Tribe series divides people into three categories: those without an ability (Citizens); those with an ability (Illegals); and those whose ability is considered benign (Exempts).

This is not an invented law. It is based on the Western Australian Natives (Citizenship Rights) Act 1944, a piece of legislation that purported to offer Aboriginal people ‘citizenship’ by exempting us from racially-based restrictions that only applied to my ancestors in the first place because they were Aboriginal.

In the Tribe series, this law is ultimately defeated by an alliance of the marginalised and the privileged, and by a heroine whose power is to identify and sustain the connections between all life.

And in writing of connections, I am writing of something that is central to the law in Aboriginal legal systems where (at its broadest) law is the processes of living in the world that sustain the world.

You clearly articulate the impact of white privilege on writing and writers, noting the negative impact on the work of Native voices and POC voices. What would you say to those Native and POC writers who may find themselves angry, frustrated, hurt or discouraged by these dynamics? 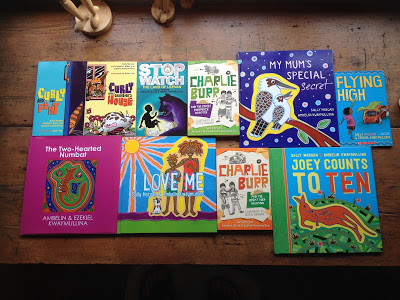 First: it’s not you. Exclusion is not something you are inventing in your head and you are neither unlucky nor unworthy.

It helps in this context to form connections with other Indigenous writers as well as with writers of colour, LGBTI writers, and writers with a disability.

You are likely to hear stories of authors getting similar comments across different contexts (e.g: you’re not writing to the Indigenous experience … this story is too Asian … gay books don’t sell … we’ve already published a ‘disability book’ this year).

It matters to have a network of people with whom to share both the good and bad experiences; and perhaps most importantly, to understand that you are not alone.

Second, never forget how to laugh. Some of the comments I’ve listed above have been part of the experience of other writers that they’ve laughed about with me – not because these comments are not discriminatory and hurtful, but because laughter has always been one of the ways in which marginalised peoples have dealt with pain.

Third, define success in your own terms. We all know what ‘success’ is supposed to be in literary industry terms: book sales and/or critical acclaim (preferably both). I’m not saying we shouldn’t aspire to that. But I also think that if marginalised writers define our success solely in the terms set by an industry that consistently privileges white, straight, cis-gendered people who don’t have a disability, we are also buying into an underlying lie. 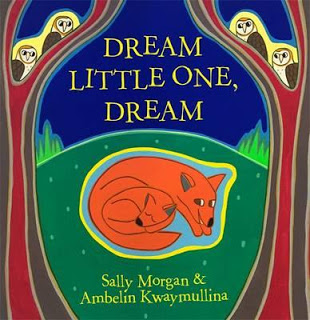 The lie is that if we can just prove we are good enough we will be treated equally. But once equality has to be earned, it is no longer equality.

So I think it’s important that each of us define success according to what matters to us – and for me, it’s being a person that my ancestors would be proud of.

Book sales wouldn’t overly interest them. But honouring who they were, and who I am; treating cultural knowledge with respect; helping other Indigenous writers whenever and wherever I can – these are the kinds of things they’d be concerned about.

Fourth: be hopeful. I am. I locate my hope in people, and there are many, many people working towards a world in which all voices have an equal opportunity to speak and all stories are equally heard.

I think change will come, and in the meantime, I’m proud to be a part of a global community of voices, marginalised and privilege alike, that are speaking out for justice.

While you don’t feel it’s appropriate for non-Indigenous writers to reflect your community in first person or deep third, you are open to them writing secondary characters. Why does your opinion differ depending on how centered the character’s perspective is in the story?

For me, writing from an ‘outsider’ perspective (so not in first or deep third) is to respect boundaries; to accept there are limits on what we can know of others and how we should represent others in our own work.

When I write of experiences of marginalisation not my own, I do it from an outsider perspective – reflecting that this is much as I can understand and that understanding may of course be wrong; I am not suggesting that I know what it is to see the world from an ‘insider’ view of a group to which I don’t belong. I think the spaces must be created for everyone to speak to their own worlds, and I want to be part of making those spaces a reality.

What advice do you have for non-Indigenous writers in crafting those secondary characters? 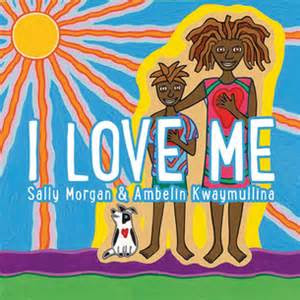 I think something you’ve said is the best place to start – you’ve spoken of the need for writers to read 100 books by Indigenous people before writing about us.

It’s also important to ensure that any stories people are reading are ethically published because there is a vast body of Indigenous stories that were taken by anthropologists and others and are now in the public domain without the informed consent (or sometimes even the knowledge) of the Indigenous peoples concerned.

The easiest way to check that a story is appropriately published is to see who holds the copyright; where Indigenous peoples hold copyright in their own stories it is at least some indication that they control the text.

In addition to reading stories, I’d say, become familiar with representation issues. Engage with the online dialogue happening around representation and children’s literature as it relates to Indigenous peoples. There are no shortage of voices speaking in this space.

How did you learn your craft as a writer and illustrator? 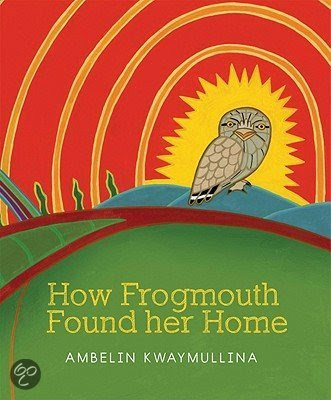 By doing! I have no formal training in writing or illustration. But nor do a lot of Australian Indigenous writers and illustrators, and we have been storytellers for thousands of years.

So to learn craft I look to the work of Indigenous writers and artists, both within Australia and elsewhere, as well as to the ancient teachings of my people.

What inspired you to direct your talents toward creating stories for young readers?

In my YA series, I was writing about a superhero, so it had to be about a teenager. I don’t believe grown ups have it in us to save the world, because we are spectacularly failing to do so.

But in the young I see all the hope for the future – they are more interconnected, quick to embrace new ideas, and passionate about fighting anything they perceive as an injustice.

They’re also more honest, especially the children for whom I write picture books. When they like a book, they write me lovely letters telling me how they sleep with the book under their pillow and begging me to write more. When they don’t like it they’re equally forthright.

People ask sometimes whether its difficult as an author to deal with bad reviews, to which I say: try writing for six-year-olds. Every once in a while, children send me letters about one or the other of my picture books that begin something like this: “My teacher made me read your book. I didn’t like it.”

I’ve had a few of these letters that went on for ten pages or more, and since that length is like War and Peace from a six-year-old, it means I’ve had kids hate my work enough to send me the child equivalent of Tolstoy.

Adverse reviews from grown-ups are nothing in comparison.

What was your initial inspiration for The Tribe series?

My brother Blaze. He came up to me one day and said, “I’ve got an awesome title for a book. It’s called The Interrogation of Ashala Wolf.”

To which Blaze replied, “Oh, there’s no story. Just the name, and I can’t be bothered writing it so I’m giving to you.”

Having bestowed the title of the novel upon me, he wandered off, leaving me to start thinking about the story. (And for anyone who’s read any of the Tribe series, the character of Jaz is very like my brother Blaze).

What were the challenges—literary, research, psychological and logistical—of bringing the stories to life?

I think the primary challenge is this: in so many ways, I wasn’t writing fiction. A post-apocalyptic world is not a fantasy for Indigenous peoples; the colonial apocalypse has already happened and much of The Tribe series is drawn from Australian colonial history.

Much of it too is drawn from the experiences of my ancestors and that is why hope runs so strongly through the narrative. They held on to hope through hard, cruel times when all their choices were taken away from them.

Indigenous peoples are so often spoken of as victims and I certainly don’t wish to minimise the suffering and the multi-generational trauma inflicted upon us by the colonial project. But the very fact that the Indigenous peoples of the world survived determined efforts to destroy us demonstrates our great strength.

I think the ability to hold onto hope is part of that strength and its something I try to honour.

You’ve created several picture books with Sally Morgan. Could you tell us about your work together?

So, Sally is my mum. I’ve also done books with my two brothers, Blaze and Zeke, and the four of us have written together as a family. We’re all authors and artists, and we always give each other an honest opinion – sometimes this results in one of us storming off (usually me or Zeke, we’re both excellent stormers).

Generally, once we’ve had a chance to think about the criticism we come creeping sheepishly back and agree that yes, actually, that particular portion of the narrative (which we were previously so proud of) does indeed need more work.

I think from the outside our working process probably looks chaotic; we all talk at the same time and over each other; generally, the person with the best story gets to hold the floor until they get boring and someone else interrupts. If you want a place in the conversation in my family, you have to be prepared to earn it.

I’m working on three YA novels right now, but the one I’ll finish first is a book I’m writing with my brother Zeke.

It’s a mystery with fantasy elements that’s told from the perspective of three Indigenous female protagonists. It’s been a difficult book to write in places because terrible things happen in it, but its ultimately a story about the power of young Indigenous women and how they find their way home.