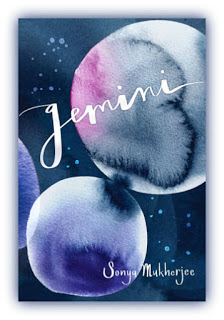 Sonya Mukherjee
is the first-time author of Gemini (Simon & Schuster, 2016). From the promotional copy:

In a powerful and daring debut novel, Sonya Mukherjee shares the story of sisters Clara and Hailey, conjoined twins who are learning what it means to be truly extraordinary.

Seventeen-year-old conjoined twins, Clara and Hailey, have lived in the same small town their entire lives—no one stares at them anymore. But there are cracks in their quiet existence and they’re slowing becoming more apparent.

Clara and Hailey are at a crossroads. Clara wants to stay close to home, avoid all attention, and study the night sky. Hailey wants to travel the world, learn from great artists, and dance with mysterious boys.

As high school graduation approaches, each twin must untangle her dreams from her sister’s, and figure out what it means to be her own person.

Told in alternating perspectives, this unconventional coming-of-age tale shows how dreams can break your heart—but the love between sisters can mend it. 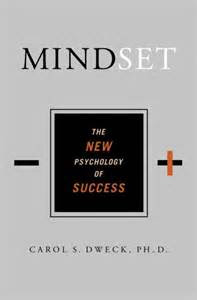 This is cheating a bit, but my answer has to be Mindset: The New Psychology of Success by Carol Dweck (Random House, 2006). This is a book that I studied and contemplated until its ideas sank in, and it helped my writing more than anything else that I’ve read.

The basic idea is one that’s seeped into the culture in the last few years, but as far as I know, it all stems from Dweck’s work: Some people have a fixed mindset, in which they assume that their intelligence, talent, and personal qualities are mostly immutable, while others have a growth mindset—an assumption that all these qualities can be changed and meaningfully improved with effort. With the fixed mindset, you hear feedback as a reflection on your immutable qualities. With the growth mindset, you hear feedback simply as useful information. And the growth mindset is the one you want.

When I read this book, I realized that I’d always had a fixed mindset about writing. Whenever I received criticism or rejections, I worried that I wasn’t a good writer and never would be—which made it harder to get back to my writing, and harder to learn from the criticism. Whenever I received praise or other kudos, I became hopeful that maybe I had talent after all.

But Dweck makes it clear that just as you can grow your intelligence, grow your talent, and grow your compassion, you can also grow yourself a growth mindset. That’s the whole point: Believe you can change, and you really can. 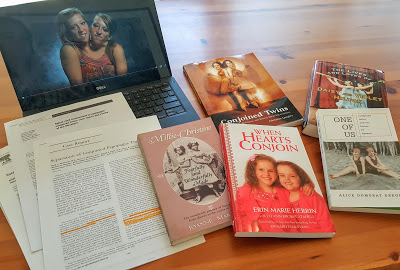 Still, change wasn’t easy. For me, the hardest part, but also the most important, was when I realized that in order to be less hurt by criticism, I would also need to be less delighted by praise.

They were two sides of the same coin, and there was just no way to have one without the other. I needed to hear both positive and negative feedback as potentially helpful input that I could use to improve my work, and nothing more.

In short, I had to give up caring about whether I had talent.

This change in mindset allowed me to take in tougher feedback with much less discouragement, and it allowed me to become much more merciless in cutting and overhauling my manuscripts. It also meant less time wasted on feeling bad about criticism and rejections, so I could get back to work sooner.

I’m not claiming to be fully reformed, but I think I’ve come a long way, and I think it’s made a huge difference to the quality of my writing. 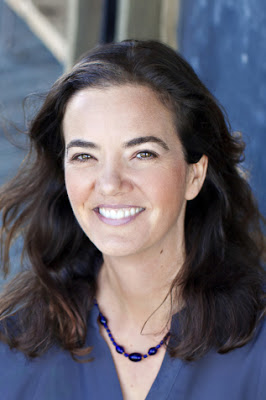 The truth is, although I haven’t been a teenager for quite a while, I never really changed the way I talk.

When I’m at my most relaxed, I still use pretty much the same speech patterns, the same sarcasm, and the same words I used then. I was never one for the most faddish slang, so I didn’t say “rad” as a teen, and I don’t say “bae” now, but I’ve been overusing “awesome” and “cool” the entire time.

Gemini was originally all in Clara’s point of view, and her voice was the first thing that came to me and drove the book forward, so it wasn’t something I struggled to find. But it was basically just a relaxed, uncensored version of my own voice, mingling with some of the thoughts and perspectives and worries that I had as a teen.

Hailey’s voice was added much later in the process, and hers was a bit more challenging, because I wanted her to feel distinct from Clara. They have two different personalities, but because they’re twin sisters who have never been apart, they also have a lot of similarities.

Since Hailey has a harder, tougher edge than Clara, I decided that she would tend to speak in somewhat shorter sentences, with shorter words, and with some mild swearing that we don’t get from Clara. I made her less inclined toward metaphors and other writerly ways of saying things; she’s more direct and literal.

With both of them, though, there was an element that I think must resemble what Method actors do, in imagining themselves into a character. I just tried to be this person and see things through her eyes, and let the voice flow from there.

For writers whose natural voices are more formal or mature than mine, I would suggest that you still just lean into whatever voice comes naturally to you, and allow it to be what it is.

I doubt that trying to consciously imitate younger people’s speech patterns would ever work very well, and I don’t think it’s necessary. There are plenty of great books for young readers that don’t have an obviously teen or kid-sounding voice.

Granted, they’re in third person, but who says you have to write in first person?

And then again, if you want to write in first person and still give your narrator a more formal style, who says you can’t do that?

Kids and teens have all kinds of voices, and their slang doesn’t necessarily need to be on fleek. (Which MTV tells me is out anyway. “On fleek” was so 2015, apparently.)