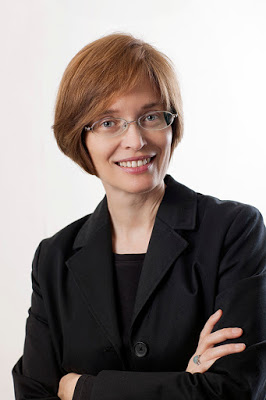 
Kathleen Ahrens was born in the suburbs of New York City and aspired to be an astronaut and to live in a skyscraper. Poor eyesight led her to forgo the first dream, but her move to Hong Kong allowed her to finally fulfill the second.


As a child, she read constantly — often in very dim lighting — leading to her poor eyesight, and she could often be found with a book in one hand and a dictionary in another, now clear precursors of her love of both literature and language.


Her favorite subject in high school was Latin, but her aptitude in math led her to enter the University of Massachusetts Amherst as a computer science major, later switching to a degree in Oriental Languages after she grew bored writing computer programs that mimicked war scenarios.


Currently a professor at Hong Kong Baptist University, where she is the director of the International Writers’ Workshop, she is also a fellow in the Hong Kong Academy of Humanities, and the international regional advisor chairperson for the Society of Children’s Book Writers and Illustrators.

Hi Kathleen! Thanks for stopping by the blog to discuss the upcoming Bologna Book Fair.

With much more focus on diversity in children’s books than has been in the past, how important of a role do you think book fairs like Bologna play in introducing young readers to children from other countries and cultures?

The fact that buyers can walk from one hall to another and see and acquire books from all over the world is very important — without Bologna it would be much harder to know of and gain rights for books from outside one’s own geo-political boundaries.

In addition, while most everything is available on the internet nowadays, it’s still people who connect their friends to books they find at the fair and introduce people who buy and sell rights to each other. These connections happen quite naturally in Bologna, which make it that much more likely that the books from one country may make it to the shelves of another country.

One thing that I’ve noticed as I’ve traveled is that so many publishers in countries outside of the U.S. bring in (and translate) books from all over the world. I’ve yet to see that kind of cross-cultural diversity in U.S. bookstores, even in independent ones, mainly because the U.S. publishers are simply not buying (and translating) that many books from other countries.

Part of that has to do with the fact that US has its own rich publishing environment, but part of it seems to stem from the assumption that U.S. children will not read translated books. This assumption needs to be tested by regularly putting the very best of literature translated from other languages into the hands of readers in the U.S.

I highly recommend the museums in Bologna, including the Archaeological Museum of Bologna and Museo d’Arte Moderna di Bologna (Mambo). My favorite is the Museo Civico Medievale because it contains artifacts that show medieval life in Bologna, including funerary monuments and tombs for professors, some of which have engravings that show teachers lecturing to students. Perhaps because I am a university professor myself, I find these representations fascinating, especially as the scene is still a familiar one in universities today.

One tip if you visit the museums: there are audio recordings are very well done and worth the cost of renting if available.

Great tips. I’ll be sure to check them out. Your picture books (Ears Hear and Numbers Do, both co-authored by Chu-Ren Huang, illustrated by Marjorie Van Heerden) are bilingual in English and Chinese and feature an Asian setting. How hard was it to cross both cultures in one project? 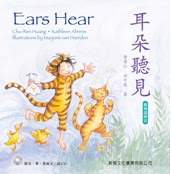 The challenges for these two picture books was in the language. I like to say I “co-argued” these books with my co-author, who also happens to be my husband.

We were adamant about having the text read naturally in both languages and yet still be clear translations of the other language. So sometimes my husband would come up with a line that sounded great in Chinese, but awkward in English, and vice versa. 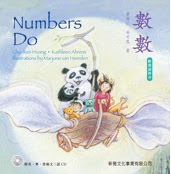 This is not something that is usually done in picture books published in the United States, as the reader is free to interpret the text and illustrations as he or she wishes.

We compromised by providing commentary and questions in the back of the books to assist the adult reader in interpreting the text and illustrations. I think it worked out well in the end because it helps parents see that it’s okay to stop and discuss a text during a reading, and that there is no single correct interpretation. For parents who are unfamiliar with reading to young children, or who feel that a book should have a particular overt message, it’s important to let them know that multiple interpretations are fine.

‘Multiple interpretations’, which in themselves are another form of diversity. Very cool. Your other writing projects, including the one that won the Sue Alexander Most Promising New Work Award are more western based. What are some of the challenges of writing for children in your adopted country and writing for your homeland audience? And how do you keep up to date with teens from the other side of the world?

The biggest challenge is the same for any audience — namely, getting what is in my head down on paper. I can sit at the computer and see the scene perfectly in my head. I can hear the dialogue and smell the freshly-shampooed hair of a character. But all that needs to be translated to the page and that’s part of the challenge and excitement of writing.

In terms of keeping up with teens in the U.S, I know enough to know that I could never keep up. But I also know that, as Doreathea Brande said, “If a situation has caught your attention…[if] it has meaning for you, and if you can find what that meaning is, you have the basis for a story.”

That’s what I’m doing when I write — I’m finding that meaning. And when someone reads what I’ve written, they’re creating their own meaning based on what is going on in their lives at that particular point in time. So to my mind, it’s not so much keeping up-to-date as being curious and open to meanings in everyday situations and figuring out how they might intersect with universal themes and current issues that are of interest to readers.

You are extensively published in the academic world, which requires a fair amount of research. Do you apply the same research techniques to your fiction? If not, how do they differ?

In my linguistic research, I set up a hypothesis and then test my hypothesis by gathering linguistic data through experiments or through analysis of linguistic patterns in that corpus.

When I write creatively, I utilize the internet, the public and university library, newspapers, published diaries, etc. in order to get background information for my story — the details that make a scene come alive for reader.

In the former, I’m testing hypotheses; in the latter, I’m gathering information. However, they share a similarity in that I also need to gather information before I test a hypothesis — I need to see what other conclusions researchers have before I start my own research. So I’m pretty good at locating and sifting through information — I used to do this on 3 x 5 inch note cards. Now I use Scrivener and Mendeley to stay organized.

I’m working on a YA novel about two sixteen-year old half-sisters meeting up at a summer camp for the first time in ten years — one has been waiting for this summer for ages, while the other has been doing everything possible to avoid it.

What’s at stake is not only the relationship between the two of them, but also the main character’s relationship to her mother, who left her at an early age and later died while serving in Iraq.

That sounds amazing – and powerful. Hope to be able to read it soon. Thank you so much for stopping by, Kathleen. I wish you a lovely time in Bologna.