Welcome back, Cynsations reporter Angela Cerrito, and congratulations on the release of The Safest Lie (Holiday House, 2015). Could you tell us a little about the novel and what inspired you to write it?

The Safest Lie follows the fictional Anna Bauman attempting to hide her Jewish identity and pass herself off as Anna Karwolska in Warsaw Poland during WWII. She confronts many of the same hardships and horrors children actually faced during the war.

I was inspired to write about Anna when I learned of Irena Sendler’s covert operations to rescue children from the Warsaw ghetto.

How did you approach the research?

First, I read everything I could get my hands on in English. Next, I relied on translators to help me translate documents from Polish and German.

I applied for and was awarded an SCBWI grant that allowed me to travel to Poland for research. In Warsaw, I was able to study primary sources including testimonies of children recorded when they were staying at a home for Jewish children immediately after the war. Those first-hand accounts, documented so close to the actual events, were extremely valuable to me as a writer.

I was also able to meet and interview Irena Sendler and her biographer Anna Mjeszkowska. Reading extensively prior to the interviews was a great help because it allowed me to go deeper into the subject matter and clear up inconsistencies in my research. Also, like most biographers, Ms. Mieszkowska was very passionate about her work and eager to share research that wasn’t included in the published biography.

What were your biggest challenges in terms of craft and framing the story for young readers?

You’ve asked the question I repeatedly asked myself while writing this novel. How can I possibly write this story for such young readers?

I was determined to be honest, completely honest, yet it was important that I use language and experiences appropriate for young readers. This was a difficult balance.

Some of the early versions were too bleak. Yet, there were some things I couldn’t change and still portray what children actually faced.

Over time I was able to have Anna learn about things that happened to other children rather than experience them herself. Also, as the many revisions turned into an actual novel, there was more of Anna’s past, before the war.

The turning point for me was when one of my versions introduced Jacob as a more significant character. This prompted me to explore more of Anna’s past and helped give the book the balance of honest yet hopeful.

What advice do you have for other historical fiction writers?

Advice for historical fiction writers would be the same as advice for any writer: write what you want to write in your very own way. No one else can feel your stories, no one else can imagine your words. Write.

How was writing your sophomore novel different from writing your debut, The End of the Line (Holiday House, 2011)? 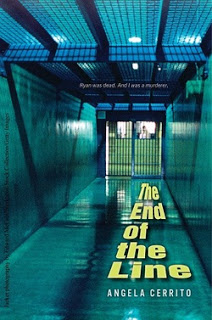 I actually wrote the first draft of The Safest Lie before I finished The End of the Line. The writing process wasn’t significantly different, although The Safest Lie required many more drafts. And obviously from the long time from start to finish I took many breaks from the novel along the way.

Though the two novels are very different: The End of the Line is contemporary and features a boy protagonist at a school for troubled youth while The Safest Lie is historical and follows a girl protagonist hiding in plain sight.

They have much in common. Both characters long for their family and are struggling with identity. Robbie and Anna are both trying to find a way to be the person they were before. In Robbie’s case, he can’t forgive himself for Ryan’s death and wants to be, in his words, normal again. Anna, wishes she could be her true self though her very life depends on hiding her identity. I enjoy exploring the internal emotional conflicts of characters and their struggles with identity.

You’re involved in SCBWI International and the Bologna Book Fair! Can you tell us more about your related efforts?

The Bologna Children’s Book Fair is very special to me. It was the very first SCBWI event that I ever attended. The SCBWI presence in Bologna has grown and we now have an exhibitor’s booth where SCBWI members, from anywhere in the world, can display their recently published PAL books. There is also an SCBWI Bologna Illustrators’ Gallery.

In 2016, we will display the top illustrations and for the first time ever we will have a People’s Choice Award where visitors to the SCBWI exhibit at the fair will vote on their favorite illustrations. 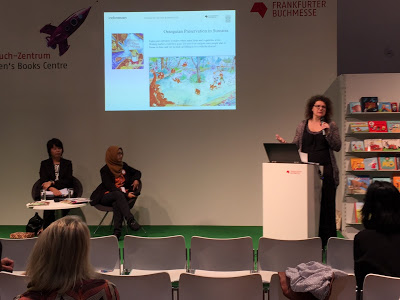 Angela Cerrito (@angelacerrito) is an author and playwright. Her newly released novel, The Safest Lie (Holiday House, Fall 2015) is based on research in Warsaw, Poland including interviewing Irena Sendler, a mastermind spy in the Polish Resistance who rescued 2,500 children from the Warsaw Ghetto.

Her debut novel, The End of the Line (Holiday House 2011), about a boy coming to terms with his role in the death of a friend, received many awards including VOYA’s Top of the Top Shelf, a YALSA Quick Pick and a Westchester Fiction Honor Award. Her play, “The Power of Poetry,” was awarded the Best Play Audience Choice award at the 2015 IMCOM Europe new play festival. Angela is a Cynsations reporter, covering Europe & beyond.