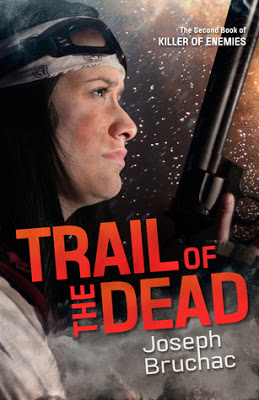 Native American Voices by Crystal from Rich In Color. Peek: “For November and all year round, this list is filled with some excellent books by Native authors.” See also Recommended Native American Folk Songs by Debbie Reese from American Indians in Children’s Literature.

Emotional Wounds Entry: Being the Victim of a Vicious Rumor by Becca Puglisi from Writers Helping Writers. Peek: “Characters, like real people, are unique, and will respond to wounding events differently. The vast array of possible emotional wounds combined with each character’s personality gives you many options in terms of how your character will turn out.” See also Writing (or Reading) with Feeling from Marion Dane Bauer.

Mental and Practical Planning for a Book’s Release by Donna Janell Bowman from Emu’s Debuts. Peek: “I am acutely aware that, in six months, when Step Right Up appears on book shelves, my words and I will be exposed to the court of public opinion. Yikes!”

Sibert Committee Looking for Great Informational Children’s Books by Elizabeth Overmyer from ALSC Blog. Peek: “You’ll have to wait until January to hear our final decisions, but please send your ideas our way. While we won’t be breathing a word of our favorites, why not make sure your favorites have caught our attention?”

On Hearing Voices and Emphasizing Relationships by Gary Schwartz from Middle Grade Ninja. Peek: “They work to be funny and make funny situations, when all they need to be doing is staying with each other, listening closely and reacting honestly. That is why I often say what passes for true improvisation is comedy poorly rehearsed.”

Love Letter to a Sloppy First Draft by Jael McHenry from Writer Unboxed. Peek: “So in that sloppy first draft mode, I pay no attention to things like, oh, actual geography. The city I’m writing about now doesn’t have a Gold Coast or a Beauregard Street or a Garden District, as my sloppy first draft claims.” See also How Do You Finish a First Draft? by Brian Yansky from Brian’s Blog: Writer Talk. 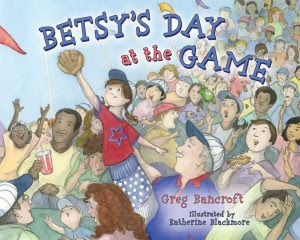 Author Interview: Greg Bancroft on Betsy’s Day at the Game by Lindsey McDivitt from A Is For Aging. Peek: “My own grandfather didn’t talk much, but he talked about baseball. I was the only one to hit a home run one day at age ten, and by the time I got to his hardware store he already knew.”

Publishing’s Unsung Heroes: Copy Editors by  Holly Robinson from the Huffington Post. Peek: “the copy editor is a fierce, mistake-seeking hound, nosing around in
every dark corner of every paragraph to make sure you get things right. Thank God.”

Navigating an All-White Publishing Industry by Ebony LaDelle from CBC Diversity. Peek: “I was in middle school, and on a trip to the library, I saw a cover that spoke to me in ways I had never experienced before.” See also Simmons College and Lee & Low Establish New Scholarship from Lee & Low.

Interview: Sylvia Vardell and Janet Wong from Science Book a Day. Peek: “There’s such great potential for overlap between science and poetry, it was fun to gather poems that explore the usual topics of nature and animals and take it a step further– into engineering, physics, technology.”

Recommendation: Chime by Franny Billingsley from Getty Hesse at Disability in Kidlit. Peek: “While Briony’s depression is never made explicit in the text, I found it obvious within the context of the story.” 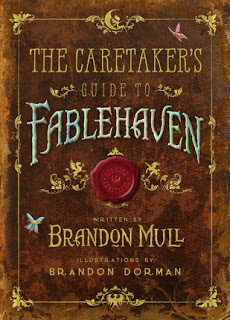 The winners signed copies of Ada Byron Lovelace and the Thinking Machine by Laurie Wallmark are Annette in Idaho and Maria in Virginia.

The winners of signed copies of Inside the Palisade by K.C. Maguire were Claire in Ohio, Karen in Utah, and Valentina in Croatia.

The International Literacy Association’s Literacy Daily, in Getting a Fantastical View of the World by Thomas Crisp, says of the Feral trilogy by Cynthia Leitich Smith (Candlewick/Walker):