I will always remember the first time I had a panic attack.

So I asked to be excused and hurried to the restroom. I hid in a stall and sat on the toilet, shaking. I was flushed all over, sweating like you do when you wake up from a nightmare. My skin crawled, and I couldn’t stop scratching it. I couldn’t breathe.

I thought maybe I just had to throw up and then these feelings would go away, but I couldn’t, and they didn’t.

With no idea what was happening, I huddled there, terrified and alone, for as long as I felt I could get away with it. I thought I was going to burst out of my skin.

That was the first time, but it wouldn’t be the last.

I will always remember playing in the woods behind my grandma’s house. Now, the trees aren’t quite as tall as they once were, the woods not as deep. Now, I can see reality through the leaves—other houses and other streets, power lines. But growing up, it was an endless wonderland, a neverland, a paradise for me and my cousins.

We explored it for hours and days, months and years. We grew up there, shaping it to fit our games of runaways and witches, Peter Pan and Robin Hood.

We built a clubhouse and gathered moss to make potions. We crawled into the green hollows beneath bushes and whispered about where we would go next—other kingdoms, other forests. We stayed out past sundown, the windows of my grandparents’ house glowing with lamplight.

We were never afraid of the dark, not in that place. It was ours, after all. We had made it.

To us, that world seemed full of magic.

I have always wanted to write a story about that place, as I remember it. To capture it forever in the pages of a book.

I’ve always wished that my scared, ten-year-old self could have found a book on the library shelves that told the story of a girl like me. Who got scared like I did, and sad like I did, for no particular reason. A book that could have helped me understand what was going on inside me.

I hope that, through my next book, Some Kind of Happiness, I’ve accomplished both of these things. It’s the story of eleven-year-old Finley Hart, who knows she should be happy. She has a good life, a loving family. Some days she is happy. Some days, though, she’s not. She gets scared for no reason she can pinpoint, and sad, too. She feels tired and heavy. She loses herself to inexplicable panic.

Whatever is wrong with her, she wants to hide it from the world, and especially from her parents. They have their own problems to deal with, and she won’t be another one.

While spending the summer at her estranged grandparents’ house, Finley draws her cousins and the wild boys next door into the world of the Everwood—but when the days spent exploring in the nearby forest reveal buried family secrets, the lines between fantasy and reality start to blur, and Finley must find the courage to bring darkness into the light—both her own darkness and that of the family she has come to love.

I’m so excited to announce that Some Kind of Happiness is set to release May 2016 from Simon & Schuster Books for Young Readers. This is my third middle grade novel, and perhaps my most personal one. It’s a story about secrets, family, and friendship, adventure and summertime, mental illness and the power of imagination.

I hope you love it as much as I love it—and even more than that, I hope it finds its way into the hands of kids who, like me, struggled with anxiety and depression but didn’t yet know how to describe what they were feeling. Like me, maybe they only know it as a nameless, lonely weight on their shoulders. Maybe it scares them, or embarrasses them. Maybe they try desperately to hide it.

I just hope that maybe, as they go on this adventure with Finley, they’ll find words to articulate those feelings, and that weight will start to feel a little bit lighter.

For more on the look and feel of Some Kind of Happiness, be sure to check out the book’s Pinterest board—and for a brief, exclusive excerpt from the book itself, read on!

Once there was a great, sprawling forest called the Everwood.

It was not the kind of forest children played in.

It was the kind of forest most people stayed far away from, for it was said to hold many secrets, and not all of them kind.

According to rumor, the Everwood could be both beautiful and foul, vicious and gentle.

It was home to astonishing creatures and strange, solitary people—some of whom were born in the Everwood, and some of whom wandered inside, whether they meant to or not. No one in the Everwood got along, for they had no ruler to bind them together, no neighborhoods or cities. They lived like wild things and kept to themselves.

Or so the rumors said.

Most people were afraid to enter the Everwood, but some brave souls made the journey anyway: Adventurers, witches, explorers.

Perhaps the wild creatures who lived in the forest had trapped them there. Or maybe the Everwood’s secrets were so enchanting that those who made it inside did not care to leave.

Everyone who lived near the Everwood knew it was protected by two guardians, who were as ancient as the Everwood itself. Throughout their long lives, the guardians had learned how to read certain signs—the wind in the trees, the chatter of the Everwood creatures.

One summer, not so long ago, something happened that would change the Everwood forever.

The ancient guardians determined that soon, a terrible Everwood secret—one they had kept hidden for years—would come to light. And if this happened, the guardians read in their signs, the Everwood would fall. They would no longer be able to protect it. Its secrets and treasures would be laid bare. Its people would be turned out into the cold, wide world.

There was hope, however. A small, cautious hope.

The guardians could read this hope, slight as it was, in their signs. It was as clear to them as though it were a page in a book:

The Everwood, if it were to be saved, would need a queen. 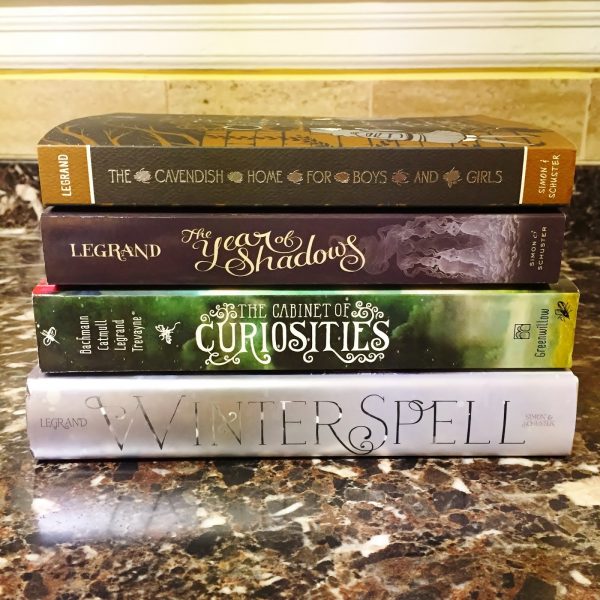