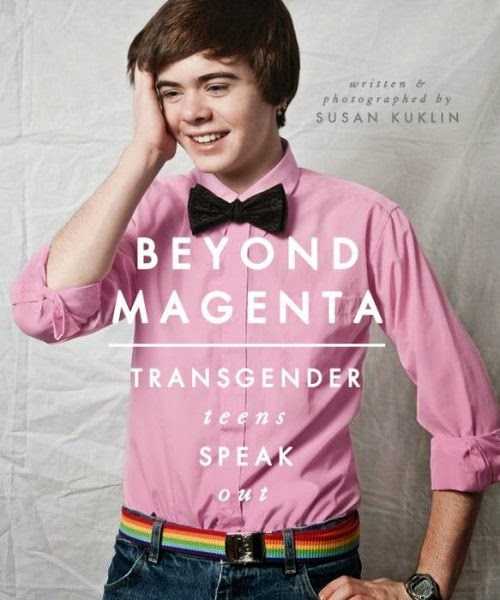 From the promotional copy of Beyond Magenta: Transgender Teens Speak Out, words and photographs by Susan Kuklin (Candlewick, 2014).

A groundbreaking work of LGBT literature takes an honest look at the life, love, and struggles of transgender teens.

Author and photographer Susan Kuklin met and interviewed six transgender or gender-neutral young adults and used her considerable skills to represent them thoughtfully and respectfully before, during, and after their personal acknowledgment of gender preference.

Portraits, family photographs, and candid images grace the pages, augmenting the emotional and physical journey each youth has taken.

Each honest discussion and disclosure, whether joyful or heartbreaking, is completely different from the other because of family dynamics, living situations, gender, and the transition these teens make in recognition of their true selves.

What was your initial inspiration for Beyond Magenta: Transgender Teens Speak Out (Candlewick, 2014)? 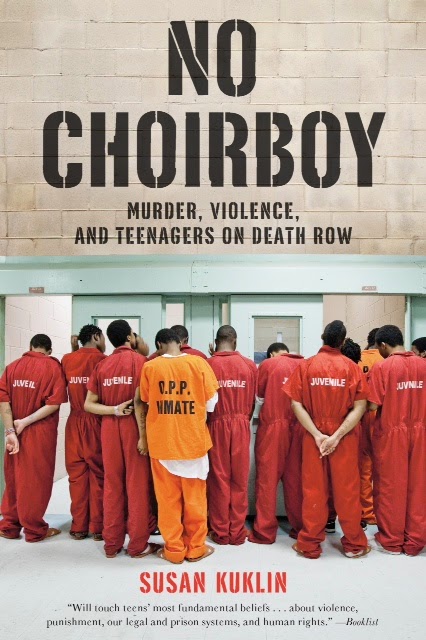 First came an email. A librarian/friend wrote to me about the need for more YA nonfiction literature about LGBTQ teens. Although this is a subject I care about deeply, I was in the middle of another book – No Choirboy: Murder, Violence, and Teenagers on Death Row (Henry Holt, 2008)–and so I tucked it away into the nether region of my brain. Nevertheless, the topic kept popping back up.


What was the timeline from spark to publication and what were the major events along the way?

The timeline from spark to publication was about six or seven years. The spark that helped me focus on transgender youth rather than the entire LGBTQ community was a conversation I had with my cousin, who is pansexual and a generation behind me.

She told me about a transgender friend who said to her, “When looking for love and friendship, it’s the person, not the gender, that counts.” That comment got me thinking. At the time the “T” in LGBTQ had not been talked about much in books or in the media.

The major event was meeting the staff at the Callen-Lorde Community Health Clinic’s Health Outreach to Teens program, [HOTT]. They do incredible work there, and are so thoughtful towards their clients. With their help I knew I had a book.

Then, of course, meeting each participant was a Big Time major event.

What were the literary and artistic challenges in bringing the book to life?

Every day brought a new challenge that had to be explored creatively.

My process is a bit unusual. I write in the first person because I believe that it offers a more direct, intimate relationship with young readers. To do this, I need to capture the individual’s voice and convert it from tape to paper. But it’s also necessary to balance the person’s voice and experiences with a clear literary narrative.

Each chapter must add something new to the subject. The chapters need to have rhythm and arcs, highs and lows.

Recently, I’ve begun adding my voice to the narrative of my books as a way to change the pace, describe someone or something, or impart additional information. Although challenging, that’s part of the creative process. I love working this way.

How have you approached author marketing for this title?

I’m the world’s worst self-promoter. But I’m very happy to talk about my books at conferences, libraries, schools, blogs, and other media.

For Beyond Magenta, my wonderful publicist, Erika Denn at Candlewick Press, created a stunning press release that was to sent to media, libraries, colleges, and other venues. She also sent the release to LGBTQ organizations and publications. The Internet is a great publishing tool. Erika, along with my agent, friends, and I sent announcements, reviews, and articles to Facebook, Twitter and Tumblr. I blogged. Tweeting and re-tweeting helped the book reach a larger audience.


What advice do you have for authors when it comes to connecting a book that reflects a specific community but speaks to all readers?

At the end of Beyond Magenta, in my Author’s Notes, I wrote why it’s important for everyone to connect with the book. An Author’s Note gives writers the chance to make our themes known.

I believe it was Eldridge Cleaver who said, “If you’re not part of the solution you are part of the problem.” I hope my readers agree.

You’re a well-published author of children’s-YA nonfiction. For those new to your work, could you share with us a bit of your publishing history, highlighting as you see fit?

This is a big question because I’ve published over thirty nonfiction books with wide-ranging subjects. One of the joys of being a nonfiction author is that I get to learn about so many diverse topics.

I choose an issue and then go beyond the sound bites and “fifteen minutes of fame” to illustrate how real people deal with real events. I do it through interviews, research, and photography.

My photo essay, picture books for children are about simple events that loom large in a young child’s life [When I See My Doctor (NA), When I See My Dentist (NA), How My Family Lives in America (Simon & Schuster, 1992), Families (Hyperion, 2006)]. 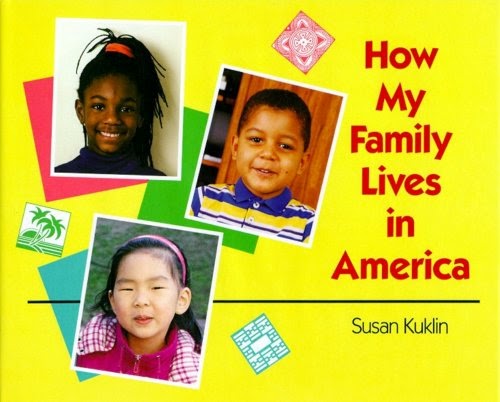 For slightly older kids there are photo essays with more text about other cultures [Kodomo: Children of Japan (NA)], and some about how objects or events in their lives are created [Fireworks, How a Doll Is Made (NA)]. 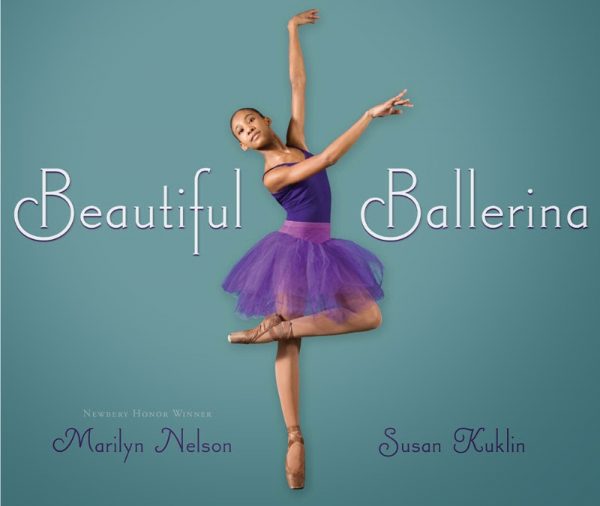 I love ballet and modern dance so I’ve tried to do as many dance books as possible: Reaching for Dreams: A Ballet from First Rehearsal to Opening Night, with the Alvin Ailey Dance Theater (Lothrop Lee & Shephard, 1987), Dance, co-authored with Bill T. Jones (OP), The Harlem Nutcracker, co-authored with Donald Byrd (OP), Going to My Ballet Class with the Robert Joffrey Ballet School (OP), and Beautiful Ballerina, written by Marilyn Nelson, with my photographs of the school of the Dance Theater of Harlem (Scholastic, 2009). 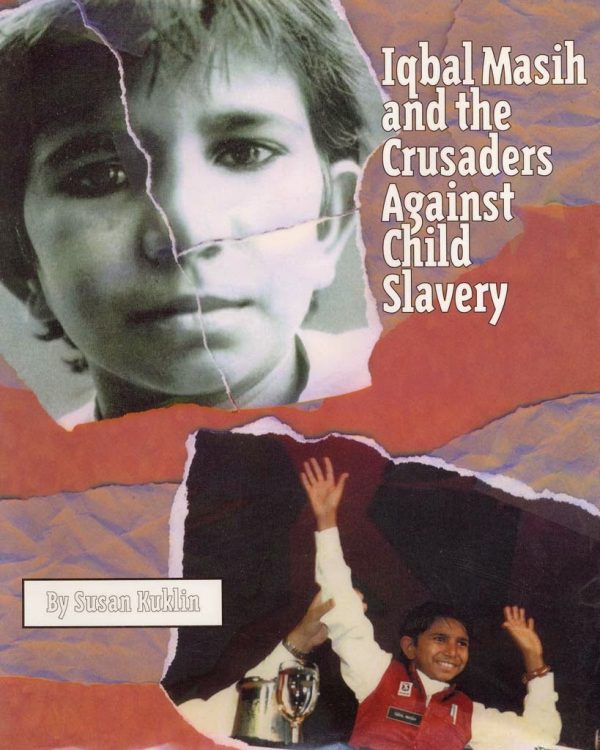 My young adults books are more text driven than photography driven, and are about very serious subjects, such as, teen pregnancy (What Do I Do Now? (Putnam, 1991)), prejudice (Speaking Out: Teenagers Take On Race Sex, and Identity (OP)), and suicide (After a Suicide (OP)).

It’s been my good fortune to work with many interesting people from all walks of life. I hope they’ve enlightened my readers because they sure did inspire me.

To name but a few, Bill T. Jones (Dance) motivated me to break aesthetic rules and stretch beyond my potential. Human rights activists (Irrepressible Spirit (OP)), and buddies who helped people living with AIDS (Fighting Back: What Some People Are Doing about AIDS (Putnam, 1989)), and Bryan Stevenson, the lawyer and law professor who represents poor people on death row (No Choirboy (Henry Holt, 2008)), restored my faith in humanity. Getting to know these and other people in my books has helped cynical me understand that there are very good people in this troubled world of ours.

What advice do you have for other nonfiction children’s-YA writers?

On the illustration front, what are the advantages and challenges of photography?

It seems to me that people, especially kids and young adults, like seeing people like themselves in books. So I would say that’s a big advantage. It surprises me that there isn’t more photography in fiction, nonfiction, and picture books.

The biggest challenge is that a photograph is but a moment in time. It’s rare that you can go back and re-shoot. If, after six or seven months, the designer begins work and asks for a photo of the subject doing such-and-such, you’re stuck. An artist can redraw, a photographer usually cannot.

What advice do you have for photographers interested in creating books for and about young people?

Write a very strong proposal about a subject that you care about deeply. Check out which publishers seem to lean towards the kind of books you want to do. Put together a portfolio of your work and especially use images that backs up your proposal.

What do you do when you’re not writing and/or shooting pictures?

I like to have fun. I go to lots of concerts, dance, theater, and museums.

I’m also a foodie who loves restaurants and cooking dinners for my husband and friends.

My husband and I try to take one big trip a year. I study Italian but that’s not always fun.

I’m a big reader. I love reading long, thick books that keep me lost in a story for days–and nights.

One thought on “Author Interview: Susan Kuklin on Writing Nonfiction & Beyond Magenta: Transgender Teens Speak Out”