Are you aware that books can sing?

I learned this in the second grade when an aunt gave me a copy of Rudyard Kipling’s Just So Stories. That book sang to me–it was magic! Those musical words drew me back to read those stories over and over. 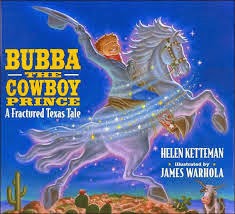 Growing up in the south, I did a lot of listening.

I listened to the way people talked and told stories. Their words were full of rhythm and music. In my picture books, I work to make my language sing, paying attention to every word, every phrase, every sentence.

Language can make a story memorable, and with a few simple poetic tools, a writer can create language that is so magic, it will draw that young reader back to your story again and again.

Here are a few of my favorite tools.

Simile – an exact comparison using like, as, or than. A simile paints a strong image in a few words. Avoid similes that have become clichés and come up with something fresh, making sure the simile fits the story.

In my book Bubba, The Cowboy Prince, illustrated by James Warhola (Scholastic, 1997), a retelling of Cinderella, Miz Lurleen wants to find a feller.

“…One who loves ranching as much as I do. And it wouldn’t hurt if he’s as cute as a cow’s ear.”

When Bubba’s wicked stepbrothers leave him home to go to the ball, they laugh.

“Why, Bubba, you’re sorrier than a steer in a stockyard.” Bubba “…felt lower than a rattlesnake in a gully.”

Alliteration – using similar letters or sounds to give a sense of unity to a set of words, or to give a feeling of rhythm to the words. 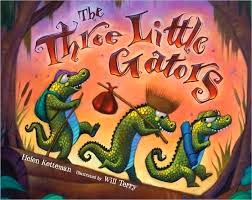 From The Three Little Gators, illustrated by Will Terry, (Albert Whitman, 2009):

“One day, Mama said, ‘It’s time you young’uns set out on your own. Make sure you build houses strong enough to keep you safe from Big-Bottomed Boar. Tasty tender gators are his favorite treat.”

In Armadilly Chili, illustrated by Will Terry (Albert Whitman, 2004), Miss Billie goes out to gather the ingredients for her chili, and her tarantula friend, Tex, comes by. She calls:

“Hey, Tex! I’m making a pot of armadilly chili! How’s about tapping your toes this way and helping me gather a boxful of beetles?” 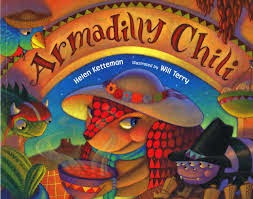 Rhyme – Children love rhyme, and make up rhymes all the time. Rhyme should flow, like good prose, and never be forced. Rhyme can come at the end of a sentence, or it can be internal rhyme within the sentence, to add rhythm. 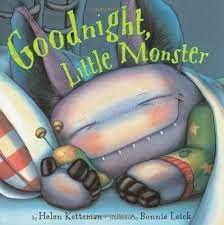 In Goodnight, Little Monster, illustrated by Bonnie Leick (Amazon, 2010), a mother monster readies her little one to bed, going through the many of the same rituals most children do, including checking under the bed for “scary” things: 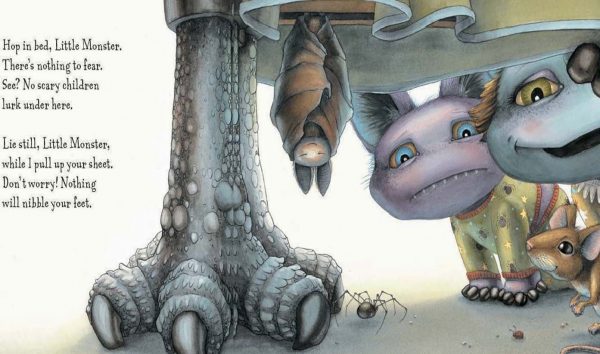 “Hop into bed, Little Monster. There’s nothing to fear.
“See? No scary children lurk under here.”

Repetition – the heart and soul of music and poetry. Children lie in wait for the moment that familiar phrase comes back into the story. It’s like the chorus of a song – everybody knows the words, and they love to sing along. Many of my books have these phrases.

In Senorita Gordita, illustrated by Will Terry (Albert Whitman, 2012), a retelling of The Gingerbread Boy, Senorita Gordita runs away from all of the critters who want to eat her…

In The Three Little Gators, each little Gator calls out:

My latest book, There Once Was A Cowpoke Who Swallowed An Ant, illustrated by Will Terry (Albert Whitman, 2014), a retelling of The Old Lady Who Swallowed a Fly (with a fun twist at the end!) is practically all repetition, each page adding to the repeated list. 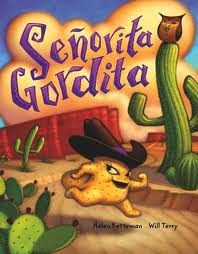 These are only a few language tools I use when constructing picture books. There are many more. If you take time to learn how to use these poetic tools, you can make your book sing. It’s magic! 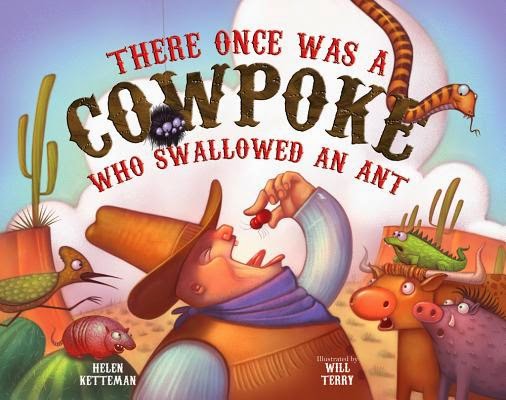