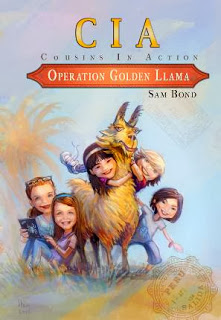 Sam Bond is the first-time author of Operation Golden Llama (Cousins in Action)(Volume 1)(Bound, 2013). From the promotional copy:

Dumped at their eccentric Grandma’s, Cagney, Olivia, Aidan, Lissy and Tess are convinced they’re in for a boring summer. But when Grandma gets a series of mysterious phone calls and a highly unlikely pet sitter arrives, the cousins find themselves jetting off to Peru, where, much to their surprise, they find the adventures have only just begun.

Why did you decide to self- publish independently rather than with a trade press?

When I decided to write a children’s adventure book featuring my two girls and their three cousins, it didn’t occur to me there would be any issues. However, when submitting to agents and publishing houses I encountered the same complaint. Too many main characters. 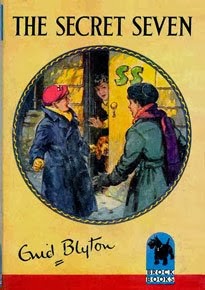 Now, I’m English, and grew up reading one of England’s most prolific children’s writers, Enid Blyton. Her books are filled with adventure and mystery, with rarely a grown-up in sight. However, the one constant throughout her work is large groups of protagonists. The Famous Five, The Secret Seven, The Five Find-Outers and Six Cousins need no explanation as to the abundance of characters contained within.

Seeing I wrote my books as a gift to my children and their cousins, being told to remove two of the main characters was a deal breaker. After two or three agents reading fulls gave the same reason for rejection, I came to the hard decision that I needed to be true to my vision, and to do that, I would have to take a less traditional publishing route.

Believe me, I thought about making the changes requested. I knew writers who’d altered major portions of their book on the advice of an agent and gone on to be successfully published. However, in the end, I knew I would rather the book contain all five cousins and have a limited readership, than remove two of the cousins on the chance this would lead to the book reaching a wider audience.


What were the challenges?

I would say the biggest challenge to self-publishing is taking yourself seriously and truly believing you can do it. You must be aware there are no deadlines, other than ones you set yourself and nobody cares about this book, other than you, your critique partners and, if you’re lucky, your mother!

My biggest fear was that I would forget something. When I started a photography business ten years ago, I researched a photographer I admired, and purchased her three-part course on how to start a business. I took a year to create a website, build a portfolio and design a logo. I also formed a company, opened bank accounts and filed tax documents.

These things all took away from what I loved to do most – take photos, but I felt they were needed for me to proceed in an orderly manner and knew they would enhance my success down the line.

It has been the same with self-publishing, except instead of buying a tried and tested course I relied on the knowledge of several indie authors in the Austin area that I’d sought out ahead of time. In fact, finding mentors to answer questions and guide me through this process was fundamental to my success.

One provided an amazing six month countdown to launch. Another explained how KDP works to boost sales. A third was kind enough to share the more hum drum actions required – setting up bank accounts, LLCs and EINs. With these three authors to guide me, I at last felt confident to proceed.

What recommendations do you have for other writers considering this route? 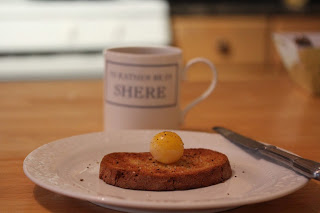 Spend the time you would have dedicated to querying, checking out indie boards, becoming intimate with different companies that offer services and set yourself a budget.

At this point, I suggest being truly realistic about your strengths. Although I knew I could do a lot of the work, I am not technically minded and needed abundant help formatting and uploading my manuscript. I was not expecting to need help and it was almost my undoing.

I also recommend giving yourself plenty of time. Just because you have the power to set a launch date, it should not be something you rush into. Once committed to a launch date it marks you as amateur if you have to back out because you underestimate the hours it takes to go from prototype to finished product – and believe me, it will take longer than you think. In fact, I would suggest having your book in hand before you even think of launching it into the world.

Finally, just because you’ve decided to travel the self-publishing route, does not mean you should do it alone. If anything it’s even more important to make contacts, join local societies, attend conferences and get to know your writing community.

In fact, I believe the encouragement and support I received from fellow writers, plus the accountability I had to my peers, was the piece of the puzzle that made all the difference.

Operation Golden Llama has five main protagonists and is written in omniscient pov; this gave me a lot of heads to be inside. However, it was a POV I was familiar with from books I read as a child, and although I toyed with limiting the POV to just one character and rotating through the protagonists one chapter at a time, I decided my characters were too feisty to have their thoughts limited.

The youngest of the main protagonists is six, the oldest twelve. Luckily, I started writing Operation Golden Llama when my children were in first and second grade, so I had a lot of material to work with. Also, my characters are based on children I know, which made the writing easier.

I wanted the children to be realistic, but they obviously had to be somewhat smarter and more prepossessing than your average child in order to make them interesting. If you listen to conversations between typical elementary aged children and wrote it down verbatim, it might be realistic, but it would not be fascinating.

Striking that balance was the challenge, all the time making sure Tess used words appropriate to a six-year-old, and Cagney possessed the sass and confidence of a pre-teen.

I found one of the ways to make Tess believable was to have her ask questions. Not only was it a great way of explaining a word or situation the reader might not understand themselves, but it also reminded us of the age gap between her and her four cousins.

Plus, I kept check of words each cousin would use regularly. For Cagney it was “good grief”. Lissy would often address an adult using the words “ma’am” or “sir” and Tess often ends her sentences asking for clarification.

As often as possible, I wanted readers to be able to identify which cousin was speaking from the dialogue alone without having to rely on identification tags.

It is also useful to have a word in your head that sums up your characters. To me, Olivia is fearless, Cagney exasperated. Lissy is smart, Aidan kind and Tess exuberant. Often, I would just write what I wanted the cousins to say with no tag lines, then return later and add tags appropriately. This often worked better than deciding at the time and helped with flow.

Often however, the characters seemed to claim their own lines, and if it was essential that one character said a line for the plot and it didn’t seem true, I would re-write the line in their voice. It was interesting how, when reading the book aloud, it was obvious to me if I had the tag lines wrong. Olivia would never be in awe of dramatic scenery, but Aidan would. In the same way, a character inquiring how someone was feeling would always be Lissy, never Cagney. That just left Tess and anything crazy fell in the “Tess” category.