Revelry! Killer of Enemies by Joseph Bruchac from Steam Punk Romance | Coffee Time Romance. Peek: “Not too many books I know contain a pedantic Sasquatch with ESP. But he and his people are in the traditions of every Native American nation and it was not hard at all for me to imagine them surviving into the tenuous future of my story.” See also Nine Post-Apocalyptic Books Starring People of Color by Audrey from Rich in Color.

Birthdayographies from Donna Bowman Bratton. Peek: “Where did the biography birthday idea originate? I’m glad you asked. My friend, the talented author Anne Bustard, launched the idea in 2008 with her own blog, Anneographies. And she totally rocked at it. Though Anne still loves picture book biographies, she’s more focused on fiction now. I’m honored that she has passed the birthday torch to me.”

What to Do Before Revising a NaNoWriMo Novel by Angela Ackerman from Writers Helping Writers. Peek: “One great thing about Nano is that we’ve written it so fast, the character’s journey is fresh in our mind from first page to last. Take this opportunity to make some notes to yourself and ask these three questions…” See also The Seven-Step Business Plan for Writers by Angela from Jane Friedman.

The Color of Imagination: Interview with a Cover Artist by Therese Walsh from Writer Unboxed. Peek: “The sales reps have a lot of sway, as do the booksellers (Amazon, Barnes and Noble, etc…). If a book is slated for a large retail order (such as Anthropologie or Urban Outfitters), the retailers can also have the final word.”

Character Building: Using Quirks to Reveal Personality by Becca Puglisi from Jody Hedlund. Peek: “As with any other gesture or habit, quirks that are used too often become distracting. Choose fitting times for your character to show his personality so each instance has meaning and serves a purpose.” See also Becca on the Difference Between Primary and Secondary Character Traits and How to Use Them from Susan Quinn.

Villains are People, Too by Bobbi Miller
from Children’s Literature Network. Peek: “I asked many of my favorite
writers and illustrators to name their favorite villains, what they
found memorable about these characters, and how this character
influenced their writing?” 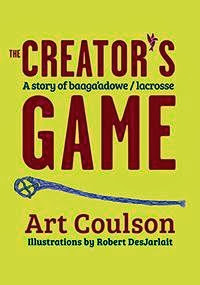 The Creator’s Game: A Story of Baaga’adowe/Lacrosse by Art Coulson (Minnesota Historical Society Press): recommendation from Debbie Reese at American Indians in Children’s Literature. Peek: “Coulson’s storytelling delivers nuggets of info about the ways that Ojibwe people play lacrosse, and, the way that Cherokees play it.”

Should You Revise and Resubmit? by Suzanne van Rooyen from QueryTrackerBlog. Peek: “Before committing to an overhaul, you need to ask yourself if the person requesting the R&R is someone you really want to work with, do you trust their opinion and will their suggestions improve your manuscript.”

Barbara Park Remembered from Publishers Weekly. Peek: “Barbara Park, author of many books for children – including the bestselling Junie B. Jones series – died on Nov. 15 at age 66, after a long battle with ovarian cancer. Here, some of those with whom she enjoyed lengthy professional and personal relationships pay tribute.” See more information.

Plotting Along: A Diagram of Key Plot Points by Janet S. Fox from Through the Wardrobe. Peek: “Today I’m posting the latest in my personal collection of plot diagrams, something I’ve put together based on the best plot diagrams I’ve found and used.”

Dumpster Diving: An Observation on Socio-Economic Class in Children’s Literature by Charlesbridge editor Yolanda Scott from CBC Diversity. Peek: “I’ll take with me into my editorial work is to look more carefully and deliberately for class markers and where they appear or don’t appear in text and art. Indeed, the latter is an intriguing issue to explore in any book: who is not in a given story, and why?”

Mentoring: Two-Way Learning by Juliet Marillier from Writer Unboxed. Peek: “Be prepared to make major changes, including cuts, to render your manuscript more readable / more publishable. Yes, even if it’s an aspect of the story that you are deeply fond of.”

The Gingerbread Man’s Top Five Writing Tips by Darcy Pattison from Fiction Notes. Peek: “Based on the folktale about this popular Christmas pastry that comes to life, the Gingerbread Man gives his writing tips.” See also Frosty The Snowman’s Top Five Writing Tips from Darcy and Take a Different Approach to Writing: Eat Dessert First by Amy Rose Capetta from Adventures in YA Writing. 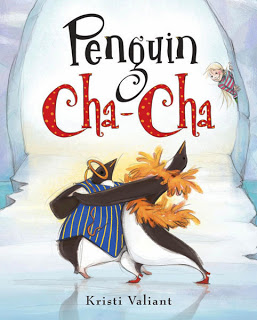 The winner of a signed copy of Conjured by Sarah Beth Durst is Alicia in Alabama.

See also the 12 Days of Christmas Giveaway from Latin@as in Kid Lit: Exploring the World of Latino/a YA, MG, and Children’s Literature. Peek: “From Christmas Day through Three Kings Day (Jan. 6), one lucky winner will win one of these (12) awesome books.”

See also Giveaway of One or Two Things I Learned about Love by Dylan Sheldon (Candlewick), plus new YA releases from Adventures in YA Writing.

Guess what. I’m home in Austin for the rest of the year. You know what that means?

Deadline time! I’m pushing hard to finish my draft of the manuscript titled Feral Pride, which will be book 3 in the Feral series.

That said, I stole a little play time and consequently highly recommend “The Hunger Games: Catching Fire” and “Frozen,” both of which feature strong girl protagonists (Frozen has two of them!).

Congratulations to Debbie Reese, recipient of the 2013 Virginia Mathews Scholarship! Peek: “The purpose of the Virginia Mathews Memorial Scholarship is to provide tuition to an American Indian individual who lives and works in an American Indian community, and who is enrolled, or has been accepted and will enroll, in a master’s degree program at a university with a library and/or information sciences program accredited by the American Library Association for the 2013-2014 academic school year.”

Find out the one thing I wouldn’t change about the Feral series no matter what from YA Series Insiders. 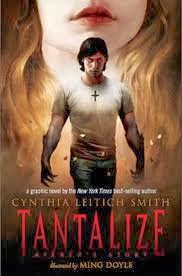 Converting Prose to Graphic Novels with Cynthia Leitich Smith by Annemarie O’Brien from Quirk and Quill. Peek: “Think about offering new content or perspective with the goal of adding value for your readers. Perhaps tell the ‘same’ story from a secondary character’s point of view, for example.”

YA Lit Boy Characters that Inspire Crushes from A Simple Love of Reading. Note: fun to see Kieren from the Tantalize series on this list.

A Celebration of Native American and Aboriginal Girls from A Mighty Girl. Note: pleased to see Jingle Dancer featured among recomendations.