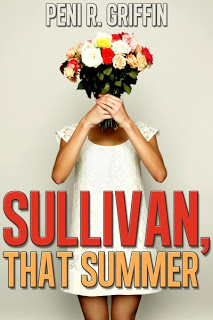 I am a patient woman. Delayed gratification a specialty.

My “most recent” book is Sullivan, That Summer. I have a backup of it on floppy disk.

Sullivan was a book written more or less against my will, under the coercion of my subconscious. This was at the height of “The X-Files” fandom and my crush on Dana Scully (on Scully, not on Gillian Anderson, though I will happily watch GA act any time I get a chance); and during the prehistory of LGBTQ YA literature.

Oh, sure Nancy Garden‘s Annie on my Mind had been out for more than ten years, M.E. Kerr’s Deliver Us from Evie had been out for two years, and this was about the time that the English translation of Lutz Van Dijk’s Damned Strong Love got a lot of buzz.

I read them. And I liked them all right, mostly. But they were so dang serious.

What I wanted, and what I was convinced the world needed, was romances whose protagonists happened to be of the same gender. David Levithan‘s Boy Meets Boy, you may recall, didn’t come out and prove me right till 2003.

But I don’t write romance. And my
LGBT cred is questionable, since I’ve been married to a man since 1987. 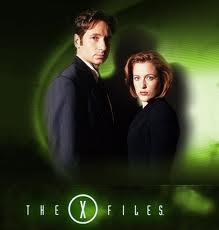 So I tried not to write it. I’d try to write other things and wind up writing fan fiction that answered the burning question: “What if ‘The X-Files’ had been a Victorian triple-decker novel?” instead and finally I told my brain: “Fine, write the sucker. Let’s get this over with.”

So I did, and it didn’t suck, and having written it, I might as well try to get paid for it. My original query pitch line for it was “A lesbian novel in which nobody dies,” that’s how dire the situation was in this particular niche at that time.

And nobody wanted it, except one agent I had for a little while who wasn’t interested in anything else I had to sell and only wanted to sell Sullivan in foreign markets.

Maybe it was a mistake, maybe it wasn’t, we parted and I lost the only other person (apart from the YA librarian and her partner who vetted it for me once; they loved it) who ever mustered any enthusiasm for Cherry and her fangirl summer.

But I kept sending it out, and polishing it, considering changing the protagonist’s name (Cherry? Seriously? But it’s her name and I never could come up with another), and sending it out again, because that is how you sell books.

But I had to send it to smaller and smaller publishers, as time passed, as the market caught up to and passed me, and the whole thing started to seem quainter and less necessary.

Because it’s not edgy and it’s not brilliant and it’s not revolutionary; it’s just this nice little story about meeting your idols and fans and growing up, which includes coming out because the people at the core of the story are lesbians, and this ground has all been broken by now.

So why didn’t I stop?

Because every time I read through it again, and put another polish on it, and thought about the premise (which is more an adolescent fan fantasy than a premise), and struggled yet again to synopsize the dang thing, and updated the tech in it, I liked it all over again.

The books I give up on are the books that, though they were all right when I wrote them, didn’t grow up with me. Making them over into a book that’s worth my while now, given who I am and where I am and where the market is, would not be worth the effort.

I never had to rework Sullivan, just tweak it here and there, and I would always think: “Yeah, this doesn’t suck. This is okay. This is even in places pretty good.”

If that sounds like a lukewarm basis for perseverance, it’s only because you haven’t heard how I sound when I’m reading something of mine that I don’t like any more. From me, reading my own stuff, that’s a rave.

Whatever internal pressure generated this book kept it going for a long, long time. So long that it outlived my original determination to publish it in a mainstream house rather than in a niche market, because how many of the people who need to read normalizing books with homosexual characters have access to niche markets or would dare to seek them out?

Queer Teen Press is so small, and so new, and its way of doing business so unlike what I’m used to, that the book’s been out for almost two months and it still doesn’t feel real to me.

I didn’t get an advance, but the royalty rate is favorable, plus there’s an “if we go belly-up the rights revert” clause which every contract should have, and whatever else happens, Sullivan is a book now. Finally.

Where there’s a book, there’s potential for the Big Connection. For the reader who stumbles on it, reads it, and has some thought that I couldn’t think, that she couldn’t have thought without me.

If that happens, I probably won’t know about it. But if it happens, it will be worth the 17 years of gestation, and that will remain true whether I know about it or not.

I got my first royalty statement last week. Because of when the book was released during the quarter, it’s really only sales during the first month. Five, and I know of two people who’ve bought it since then, so woot, I’ve earned about $10 on it so far. I may yet cover the postage and materials I spent, back when submissions were paper copies sent inside self-addressed stamped boxes inside big padded envelopes.

From Author-Illustrator Source: Peni has been “writing professionally since 1986 and has 12 books with major publishers, as well as numerous short publications. Her first short story was published in 1986, her first book came out in 1990.” Her children’s-YA novels include 11,000 Years Lost (Amulet), The Music Thief (Henry Holt), and The Ghost Sitter (Dutton).