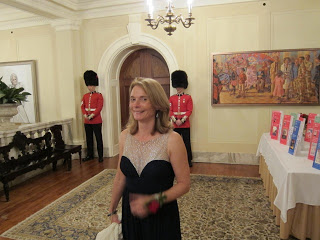 Susin Nielsen got her start feeding cast and crew on the popular television series, “Degrassi Junior High.” They hated her food, but they saw a spark in her writing. Nielsen went on to pen sixteen episodes of the hit TV show.

Since then, Nielsen has written for many TV series, including “Arctic Air,” “Heartland,” “Cedar Cove,” “Madison,” “Ready or Not,” “Edgemont,” “What About Mimi” and “Braceface.” She also adapted author Susan Juby’s book, Alice, I Think, into a TV series, and co-created and executive produced the critically-acclaimed comedy-drama, “Robson Arms.”

Her first young adult novel, Word Nerd, was published by Tundra in 2008 to critical acclaim, and went on to win many awards, including Ontario’s Red Maple, and the Alberta, Manitoba and Saskatchewan Young Readers’ Choice Awards.

What memories of your debut author experience stand out?

My perspective is a bit different because I’d actually been writing for years, but in television. So for me, my standout experience was when my first young adult novel, Word Nerd, won Ontario’s Red Maple Award. It’s a Young Readers’ Choice Award, and there are ten nominated authors. We were all present, and all came onto the stage. We were in front of about 1200 screaming fans – for books! How amazing!

When they announced my book as the winner, I could hardly believe it. The reason this memory stands out is that it’s the first time I really understood that my book had readers. It was published in 2008; this awards ceremony happened in 2010. I hadn’t understood what a slow build books can be…I think I just assumed only a few people had read it, and that was that.

It was a profound moment, both wonderful and frightening all at once – I was glad I was deep into my second novel already, because otherwise I think I could have become paralyzed with the realization that I had readers who were actually waiting to read my next book.

Do you have a publishing strategy? If so, how has it worked? 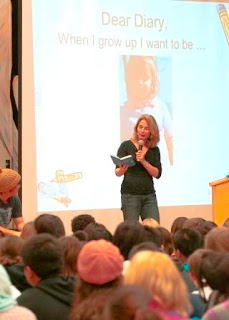 I have had no publishing strategy. I’m so not a strategist, or a marketer. I confess I rely completely on my publisher, which probably isn’t a great thing in this world.

That said, I do remember that when I was done writing Word Nerd, I decided to “start big” in Canadian publisher terms, and approach the bigger companies first.

I also got an agent, very deliberately, to help with the process of getting my book looked at.

I’m still early enough on in my career that for my YA books at least, I’ve only been with one publisher, Tundra, because I remain very happy with them.

I would describe it as a path of hills and valleys. Even in my TV work, there are good years and bad years, and years that are full of disappointments. It took me a long time to gather courage to write an original YA book (I wrote four of the Degrassi books years earlier), and in fact I did write an absolutely terrible original YA book years ago, that a kindly editor told me was crap (she used nicer language than that) and she was right!

So, if I were offering advice to a new writer I’d say, “You’ll find your own, original voice eventually – it just takes time. For most people, it takes a lot of time!”


How have you grown as a writer?

I think I know when to spot problems with plot/structure/character more readily. Does it mean it’s gotten any easier to address those issues?

I think the more you write, the harder you become on yourself. A friend of mine once said, by the time you’re writing your third book, it’s like you have to write three drafts before you’re happy with showing it to anyone else, because you know some of the problems with it … whereas with your first book, you might think your first draft is pretty darned good!

The drafts never get easier though, and in some ways each book takes longer because of this.

What are areas that still flummox you at times?

Middles. Middles will always flummox me.

How have you handled being a player in the world of youth literature? Fans, reviews, jealousies, acclaim, etc.

I have fans, but not legions, I’ve had bad reviews but also lots of good ones, and if anyone’s jealous of me, they’ve kept it quiet.

So far I’ve found that the other YA/children’s authors I’ve met have been a rousingly fun and welcoming group of people. Very generous with their time, their knowledge, and their hilarious insights into the business!

Enter to win one of five copies of The Reluctant Journal of Henry K. Larsen by Susin Nielsen (Tundra, 2012). From the promotional copy:

Darker than her previous novels, Susin peoples this novel about the ultimate cost of bullying with a cast of fabulous characters, dark humour, and a lovable, difficult protagonist struggling to come to terms with the horrible crime his brother has committed.