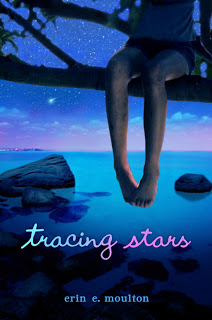 In writing my second book, Tracing Stars (Philomel, 2012), I managed to write nerdy oddball Owen Stone. For some reason, everyone just loves Owen. People ask “what’s the truth about Owen? Are you Owen. Is your husband Owen?”

Initially, Owen showed up as a stereotypical nerd. No depth, just a nasally voice and some thick glasses. In frustration, I began to explore his character a bit more, asking a few simple questions.

In order to answer these, I needed to conduct some solid field research. I needed to observe a few big nerds out in the wild. Where would I find nerds, I wondered as I got up off the couch and walked into the dining room.

There, right in front of me was a triumvirate of nerdtacular action. One nerd sat at the table with a headset on, talking to two other nerds. Three huge nerds joined together in one place through the miracle of technology and gaming, right when I need to observe nerds… a coincidence?

I don’t think so.

I grabbed a slice of pizza, pulled out my notebook and watched from a distance, jotting down notes as I went.

(Note: Do not use all of Tim’s traits—verges on nerdy stereotype.)

Despite the nerdiness of some of my real life characters, I knew if I could combine these three, I would have the biggest and most unique nerd the world has ever seen!

With that thought, I looked down at the table that surrounded Nerd # 1 and attempted to find some answers to the first question: What are Owen’s interests and strengths?

Right. And here I thought it was O.C.D.

Regardless, I was getting somewhere. I knew that this nerd was an inventor. He liked innovation. Judging by the use of Kleenex and the correct tools, he liked efficiency. Judging by the sunscreen and apple, he liked to be prepared. 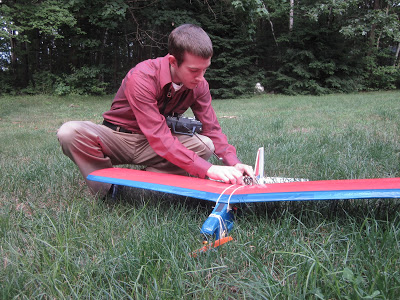 On to question #2 : What would Owen sound like? What would he say when with a friend? Would he be using metaphors? Spouting facts?

In order to find out, I knew I would have to get the attention and engage in conversation with one of the nerds. Possibly separating one of them from the rest of the pack. I walked into the living room where I sat down at my own computer. I could see Nerd #2 was on gmail chat, and I jumped in. It took a few minutes for the response to come through, but when it did it went pretty much like this:

ME: So your middle name is Edison, huh?

ME: Oh, I thought you were named after Edison, like Thomas Edison. The inventor.

Nerd # 2: Ha, No thanks. You should read this: http://theoatmeal.com/comics/tesla

I opened the link and smiled. Nerd # 2 had exceeded my expectations within six lines. Not only had he corrected me once, he then gave me an informational link that would tell me that Edison was not even an inventor and that Tesla was the one who should have gotten credit in creating the light bulb. 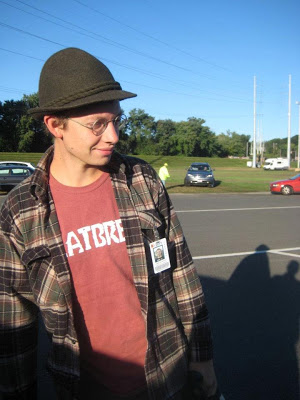 I scribbled in my book: Unprompted, Owen will inform you of…things that you don’t necessarily need to know. He knows uncommon knowledge. And would like you to know it, too.

Lastly, I turned to question number three: What would Owen look like? Would he have short hair, long hair? Would he wear a hat? Would his clothes be boringly realistic? Would he have any outwardly odd quirks?

I tapped the pencil eraser against my cheek. I would need to document the nerds. That, or–a few clicks of the keyboard–facebook had done the work for me.

Nerd # 3. I pulled up a picture and bingo. A prime specimen. Face shot. Serious. Freckled nose. Thick Glasses. Straw Like hair peering from underneath what I immediately recognized as a vintage aviator cap. Why? I wondered. Then again, why not? 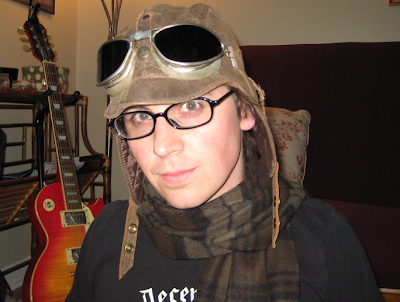 With my three questions answered I made my way back to the story and I
let the knowledge I had gained on my trek out into nerd-central inform
Owen in every breath he took.

Owen began to pop off the page, saying things like, “Did you know that a stomach growl is indicative of hunger? Your stomach muscles are contracting and forcing your digestive fluids and air around inside, making that gurgling sound.”

Owen keeps a journal. Not a diary. Just ask him. He’ll show you the front which says, Owen’s Book of Logic and Reason: Observation Log IV. Here he makes observations about the world and writes down plans for his innovations, like dual night vision and magnification goggles.

And yes, he does wear glasses, and he does have a slightly nasally voice, but he also will break the stereotype by wearing a vintage aviator cap that he picks up along the way.

In the end, Owen Stone wouldn’t exist without the valuable field research I was able to conduct. Seeing nerds in action gave me the chance to write the logical, sympathetic unique character that everyone just loves.

And that’s the truth about Owen.