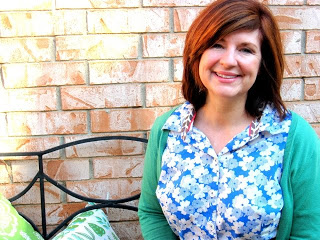 “You can have one year off to write.” That’s what Kimberly Willis Holt‘s
husband told her back in June 1994. She didn’t own a computer so she
began to write on yellow legal pads.

Since then she’s written seventeen
books, and won many awards and honors, including the National Book Award
for Young People’s Literature. She’s never gone back to a traditional
job.

Kimberly is a former Navy Brat who lived around
the world, but always considered herself a southerner. She’s proud of
her Louisiana roots and attended the University of New Orleans and Louisiana State University.
The little town of Forest Hill where her parents grew up is reflected
in several of her books. She’s been a Texan for the last thirty years,
and her book When Zachary Beaver Came to Town is set in the Texas
Panhandle.

Somewhere along the way, she bought a computer.

What memories of your debut author experience stand out? If you could offer advice to the new voice you once were, what would you say? 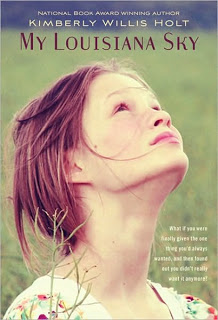 When my first book, My Louisiana Sky was six months from publication, I started to plan my book tour. I used most of my small advance to finance my travel and my promotional information.

The memories I treasure the most about that first tour were the encounters with the people who supported an unknown author. Lois Grant and Beth Vandersteen of Rapides Parish Library in Louisiana were the first two people to respond enthusiastically to my request to speak. They hosted two receptions for me, one at the main library in Alexandria and one at the small branch in Lecompte near my grandparents’ homes.

They weren’t the only supportive ones. Jean Dayton, the Community Relations Manager of the Shreveport Barnes and Noble (now a successful booking agent) went beyond the call of duty. She got me in touch with a local book reviewer. The review was in the Sunday paper right before my signing. I had thirty people show up. That’s a big turnout for an unknown writer whose first book has barely hit the bookshelves.

Another CRM in Baton Rouge was embarrassed when no one showed up. He even bought a book for a little girl who wandered over to get a cookie from the signing area. A few years later he left the store and worked for the Louisiana Book Festival. He booked me twice for that event. 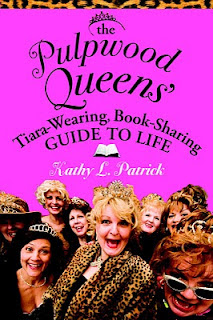 Also a couple of months before I went on tour, I received a call from a sales rep who represented Holt books. Her name was Kathy Patrick. She is a Book Woman extraordinaire. (She now owns Beauty and the Book, a bookstore beauty shop, and is the founder of the famous Pulpwood Queens, the largest book club in the U.S.)

Kathy had read an advance copy of My Louisiana Sky, and loved it. She wanted to know if my publisher was sending me on tour. I told her, “No, but I’m sending me on tour.” She lived in Jefferson, Texas and asked if I would start my tour there. I agreed. After all, Jefferson is on the way to Louisiana.

She lined up a couple of book signings at two of her accounts and an event at her library. When she heard me speak, she said, “We need to get you at Mid-South.” Mid-South was a regional booksellers conference. That autumn I was in New Orleans speaking to booksellers who became early supporters of my work. Kathy opened a lot of doors for me.

On that first tour, I spoke free at a lot of schools, I lined up signings in every major Louisiana city. Most of those had few or no sales, but I felt gratitude for the people who ordered my book and allowed me to sit in their store. I have a hunch they hand sold my books after I left, because my books ended up in their other stores around the country.

If I could offer advice to that new voice, it would be to stay the course and appreciate every minute, good and bad. When I returned home from the tour, I learned that my book won a Boston Globe Horn Book Honor and that my book had been optioned for a movie.

Even if those things hadn’t happened, I still planted a lot of seeds. And best of all I met wonderful people and got to share the excitement with my three living grandparents.


Do you have a publishing strategy? If so, how has it worked and/or changed over time? If not, why not? And how has that worked for you? 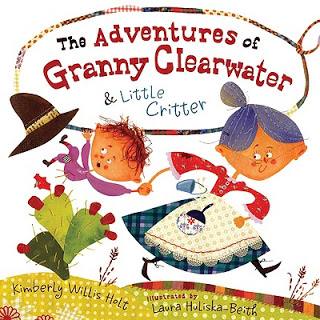 I’ve always believed in writing from the heart. Over the years, I’ve observed other writers trying to chase the market, but I can’t write like that. There has to be joy in the journey.

Having said that, I’ve made some risky choices. When I began, I was quickly titled a southern middle grade author. And because two of my early books had some nice success, that seemed to seal the deal.

Then I wrote a Y.A. book set on Guam and a short story collection. I wrote picture books. I wrote a series for young readers.

It seems a lot of my early readers didn’t know what to think about that.

I’ve probably received an F in branding myself. But to me, I feel like I’ve had one heck of a ride. I’ve always written the stories I cared about. And that’s the way I plan to do it for the rest of my life. Maybe not the smartest publishing move, but one I accept wholeheartedly.

A couple of years ago, I experienced a big disappointment. I had struggled for seven years with a book that when I finished it, felt proud of. To me, The Water Seeker is my best work. 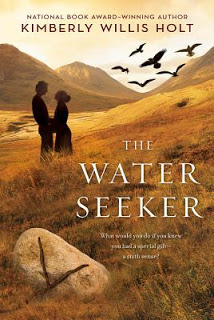 A month before the book debuted, I learned that most booksellers weren’t interested in selling the story. It crushed me. I couldn’t write. What is the point, I thought, if my best work isn’t appreciated?

I didn’t write for a year and half. Oh, I fine-tuned a book from my series, but I wasn’t inspired to write anything new.

Then I decided to go to my grandfather’s home and stay tucked away for a few weeks. The only things I packed were my clothes, an idea for a story, and the trace of a character’s voice. I just had to find the courage to pick up my pen, again.

The house became my muse. Everywhere I turned, I bumped into my ancestors. When I looked out the window at my grandfather’s camellia gardens, and boiled pasta on the same stove my grandmother had made chicken and dumplings on, I remembered I was born into a storytelling family. And that is a gift. I owe it to them to carry on.

What advice do you have for the debut authors of 2012?

You can study the market all you want. You can add zillions of friends on social media sites and plan out a top-knotch marketing plan. Marketing is important, but nothing trumps a good book. Tell a good story. Tell it the best way you can. Readers will find it.

The Career Builders series offers insights from children’s-YA authors who written and published books for about a decade or more. The focus includes their approach to both the craft of writing and navigating the ever-changing business
landscape of trade publishing. 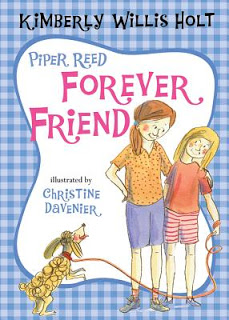 From the promotional copy of Piper Reed, Forever Friend:

Piper is excited to move to a new state and catch up with old friends. But the move doesn’t go as smoothly as she expected: Piper has trouble feeling accepted in her new surroundings.

But then she meets Arizona Smiley. Arizona is an avid stamp collector and bowls in a league. Piper is intrigued by Arizona’s originality and before long, she wins Arizona’s affections, and the two become great friends.

This move turns out to be the best one yet, and Piper is eager to spread her trademark “Get Off the Bus” catchphrase once again.