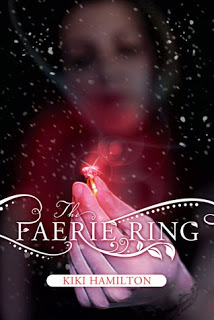 Kiki Hamilton is the first-time author of The Faerie Ring (Tor, 2011). From the promotional copy:

The year is 1871, and Tiki has been making a home for herself and her family of orphans in a deserted hideaway adjoining Charing Cross Station in central London. Their only means of survival is by picking pockets.

One December night, Tiki steals a ring, and sets off a chain of events that could lead to all-out war with the Fey.

For the ring belongs to Queen Victoria, and it binds the rulers of England and the realm of Faerie to peace. With the ring missing, a rebel group of faeries hopes to break the treaty with dark magic and blood—Tiki’s blood.

Unbeknownst to Tiki, she is being watched—and protected—by Rieker, a fellow thief who suspects she is involved in the disappearance of the ring. Rieker has secrets of his own, and Tiki is not all that she appears to be. Her very existence haunts Prince Leopold, the Queen’s son, who is driven to know more about the mysterious mark that encircles her wrist.

Prince, pauper, and thief—all must work together to secure the treaty…

My research was multi-pronged for The Faerie Ring as I had to research Victorian London along with the history of faeries. Luckily, I found both to be fascinating topics!

I wrote the first draft of The Faerie Ring in a fairly short amount of time, then in revision, spent time enriching the historical details and checking for accuracy.

For London, I’d never been there when I started writing, and actually didn’t know anything about the city. It was really quite fortuitous that I set my main character living in Charing Cross railway station, which is the true heart of London and the point from which all distances are measured to this day. 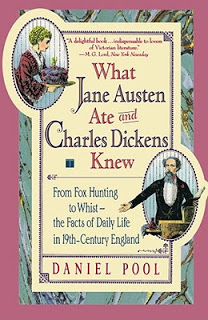 My story is considered historical fantasy, so I’ve worked hard to keep all historical facts accurate. The Faerie Ring is set in 1871 because that’s the year one of my characters, Prince Leopold, Queen Victoria’s youngest son, was 18.

My research was conducted through a variety of sources – several books were a wonderful resource: What Jane Austen Ate and Charles Dickens Knew: From Fox Hunting to Whist-the Facts of Daily Life in Nineteenth-Century England by Daniel Pool (Simon & Schuster, 1993) and Victorian London, The Tale of a City 1840-1870 by Liza Picard (St. Martin’s Griffin, 2005). Additionally, I used online resources, including Google Earth.

After I’d sold the book, but before I’d worked on any editorial revisions, I had the opportunity to visit London for the first time. It was a wonderful experience and probably my greatest coup in writing this book.

As everyone knows, London is an ancient city with so much history oozing out of the buildings and sidewalks, it can’t help but to inspire a writer! I got to walk in Tiki’s footsteps (my main character) from Charing Cross to St. James Park to Buckingham Palace and more. The trip was surreal and fantastic and very beneficial in filling in some of the more oblique, but still very important, details.

For faeries, I did a ton of research into the wide and varied history within the British Isles through a combination of online research and books. Additionally, part of the world is completely imagined – one that I’ve envisioned and created – based on folklore and the lives of my characters.

Of course, some of the roadblocks I faced are the fact that I’m writing about an era that I can never actually visit and a race (faeries) that are imagined, so much of what I’m writing about is created out of whole cloth, but needs to retain the flavor of actual history in a palatable way for contemporary readers. But for a fantasy writer – that’s the fun part!

Through the generosity of other authors, there is quite a bit of information out on the web that gives ideas of how to best promote a debut book. Based on this, I knew that I would need a website before I started querying agents. 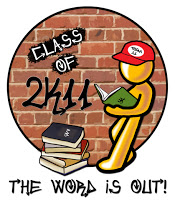 The hard part when you start a website is finding content (at least it was for me) so it’s important to allow yourself enough time to create your online presence. I started more than a year before I sold my book.

I am also thrilled to be part of the Class of 2k11, which is a group of seventeen authors whose books debut in 2011. Our class follows a model that was started in 2007 by Greg R. Fishbone and has had subsequent classes each year.

We work together to market and spread the word about our books. Not only is it more fun to spread the good news about our books as a group, but it is a wonderful support network to share the ups and downs of our path to publication.

Additionally, I’ve been part of The Elevensies, which is a much larger group of debut authors (90+ members) who also have a “share the journey” mentality and act as a great resource to post to an online forum about what we’ve learned as we progress to our release dates, as well as having a safe place to ask questions or share good and bad news.

Some of the things I have found most effective to promote The Faerie Ring have been my website and blog. I try to post three times a week on a variety of writing-related topics.

The great part of this is that I use Blogger, which allows one to easily change and update content, plus, lets you create websites for free.

Bookmarks and postcards have been very popular, and I’ve distributed those around the world, which is kind of fun to think about. I also have buttons, which seem to be in demand, so I have an easy contest for those once a month.

Some of the most influential support I’ve received has been from the blog community. I had no idea that such a fantastic and vast network of readers existed, and I have been surprised many times by their kindness and support. Bloggers offer the opportunity to spread the word about your book through weekly memes such as Waiting on Wednesday, which highlight the book that blogger is most anticipating, as well as interviews, features and blog tours.

Additionally, there is the power of Twitter and Facebook. Social networking tools like these connect you to an amazing number of people that you would otherwise never encounter. Most people tend to prefer one medium over the other (I prefer Twitter – once you get the hang of talking in small bites of conversation), but you can set your account so one feeds to the other automatically, thereby giving you a presence in both places. The hardest part becomes time management 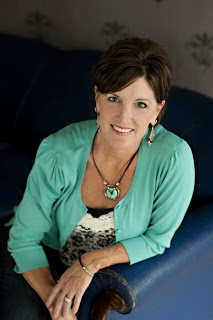 I guess the biggest bit of advice I’d give is to take the slow and steady approach. Rome wasn’t built in a day, and neither is an online presence. Take your time, meet new friends, build your presence at a pace that is comfortable for you and most of all – one that you can maintain consistently over time. Friends and readers will follow.

Also, I’ve made contact with my local booksellers and teen librarians to let them know of The Faerie Ring and that I’m available for discussion panels, etc.

Finally, I have been very fortunate to have the fantastic support of my team at Tor Teen: my editor, Susan Chang, the publisher, Kathleen Doherty and my publicist, Alexis Nixon, who have provided me with the opportunity to do pre-release signings of advanced reader copies (a pre-publication paperback proof of The Faerie Ring) at Book Expo America and the annual American Library Association conference, which was an unbelievably rewarding and exciting experience.

Having fans line up for a book that hasn’t even released yet is probably every author’s wildest dream!

6 thoughts on “New Voice: Kiki Hamilton on The Faerie Ring”