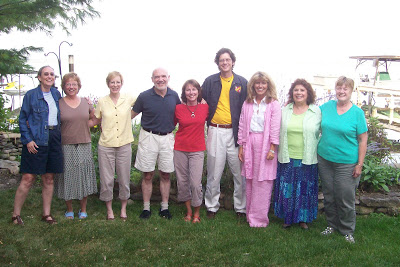 Rumor has it that you have a rockin’ critique group. Who are the members?

* Tedd Arnold (even though he hasn’t attended in a couple years)(writer/illustrator of picture books such as the Fly Guy books (Cartwheel), and writer of Rat Life (Dial, 2007)(winner of the 2008 Edgar–best mystery novel, YA category));

*M.J. Auch (writer/illustrator of picture books such as The Plot Chickens (Holiday House, 2009), and writer of middle-grade books such as Guitar Boy (Henry Holt, 2010));

* Patience Brewster (illustrator of such books as the Park Pals series and creator of fabulous greeting cards and Krinkles ornaments);

* Bruce Coville (writer of books for all ages, including The Unicorn Chronicles–and the mastermind behind Full Cast Audio);

* Kathy Coville (illustrator of several of Bruce’s books, such as the Moongobble and Me series, as well as books for other authors); 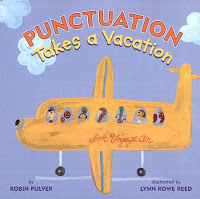 How did you all come together?

Shortly after the sudden and untimely death of Frances in 1995, Charlie invited several of us to speak to one of his classes. He mentioned that one of the things he missed–as a writer–was being able to talk to Frances about writing. So, M.J. Auch had the brilliant idea of forming a writers group that would meet in Geneva so Charlie could attend.

Ironically, other commitments permitted him to attend only a few meetings. But the rest of us were having such a good time, the group stuck together.

How do you structure your schedule, meetings, menus (if applicable)?

Once a month we go to the home of Cynthia DeFelice (with her beautiful house on beautiful Seneca Lake; it’s the most central location, a little over an hour’s drive for most of us). We spend a certain amount of time catching up on one another’s news, then we get down to serious business.

Although different writers groups run things differently, what works for us is to read to each other–a picture book text, a short story, one to several chapters of a novel.

(Or sometimes the illustrators will share pictures for us to ooh and ahh over.)

The reader is usually the author, though sometimes the author wants the benefit of hearing someone else give a cold reading. Comments (except for the occasional “Excuse me, could you please repeat that last sentence”) are saved till the end of the reading.

People sometimes comment on others’ comments (“I thought so, too,” or “No, I understood it the way you had it.”) Often it’s the interactions amongst the listeners that prompt the most useful critiques.

For example, there might have been a sticking point in the story that only the last person to speak points out–but then the others all say, “Yes, that bothered me, too, but I wasn’t sure why” or “I didn’t know how to put it”–then together we get the thought expressed in a useful way.

The critiquers are expected to present their opinions but not to try to bully everyone into agreeing.

The author is expected to listen without becoming defensive, and to take notes to think about at leisure after the meeting (when the comments sometimes make more sense than they seem to right away–What do you mean it wasn’t clear? How much clearer could it be?!) 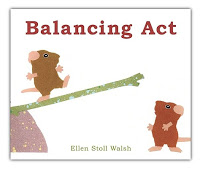 The advantage of this kind of meeting is that the author gets feedback while the story is still being formed. (And that the author can notice–even beyond the comments–the listeners’ immediate reactions (a startled gasp, a laugh, sitting up straighter, looking out the window distractedly)–not to mention catching phrasing that is awkward when spoken out loud.)

The disadvantage is that longer pieces get broken up and read over a period of months (or years), so the listeners have sometimes forgotten key elements that were perfectly clear to them previously.

(Sometimes an author prints out (or e-mails) the story once it’s done, to give to some of the members to read as a whole. (Although even that is not optimum since we’ve heard many of the episodes before and know the author’s intent. Nothing beats the reactions of a person reading a story for the first time, the way a child–or an editor–would.)

Menus… Ah, yes, food. Our meetings start at 9:30 am and usually don’t finish till 4 p.m. or even later, so eating is important to keep up our strength.

We used to make a much bigger deal of lunch, with everyone bringing something (fantastic soups, salads, breads, desserts), but then it got to be too big a production–too much time preparing and lingering over lunch. Now we bring some snacky things and brown bag lunches.

Where do you meet? Why is that space good for y’all?

Cynthia’s house is centrally located, and she has a really good, comfortable, open space to accommodate us–as well as lots of parking.

So, who’s your big-picture person? Your logic guru? Your poet? The line-editor? What other superpowers have I missed?

I don’t think there’s any one person who specializes. Different people will spot repetitions (of words or ideas), or will say “I kind of lost track of the viewpoint character during the scene where…,” or “I think we need to know what the character is feeling. I mean, yes, we can guess, but we want to actually feel it.”

Sometimes, for the women in the group, it’s good to have the guys say, “You know that scene where you have the male protagonist say that bit about friendship? Yeah, well, probably not so much.” And sometimes the guys need to hear the female reaction to something they’ve written.

What have been a few of your most glowing moments?

It’s always neat to hear about the successes of our members–Edgar awards, Empire State awards, Knickerbocker awards (to name just a few that multiple members have won in different years), state reader nominations and awards, plays made from our works, TV series, movie options (even if most of those haven’t worked out), some fantastic school visits, various births, birthdays, weddings, and several of us have become grandparents.

Not to mention the death of publishing companies.

The memories that stand out?

Not so much a memory, but the knowledge that we are there for one another.

How has the vibe and/or membership changed over the years? 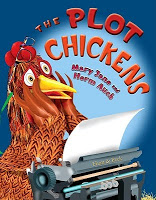 As touched on in the subject “Menu,” food used to be a bigger deal. So were birthdays. With eight members, each of whom coincidentally had his or her birthday in a different month from the others, we were celebrating a birthday at 2/3rds of our meetings. And I do mean celebrating: theme cakes, birthday gifts.

When we finally (admittedly with some ambivalence) pulled the plug on that, the meetings became a little less social, a little more… well, I would never call our meetings “serious,” but certainly more focused on writing.

Vibe: As M.J. Auch put it: “I began thinking of the meetings as an essential business tool, rather than just a fun time with friends. I think this all might have happened around the time when the publishing debacle was beginning, so mutual support was even more essential, along with sharing of info about editors, agents and publishers.”

Membership: The core group were those who had spoken at that class at Hobart taught by Charlie Temple: M.J. Auch, Cynthia DeFelice, Robin Pulver, and Ellen Stoll Walsh. Plus Tedd Arnold, whom Cynthia knew.

I did not attend for the first couple months because I felt I needed to stay closer to home because of my daughter’s school schedule.

I started going in the summer months, and immediately saw this was too good a thing to miss, and I figured one day a month away from home should not be too hard for my family to deal with. Patience joined us about a year later, then Bruce, and Kathy. 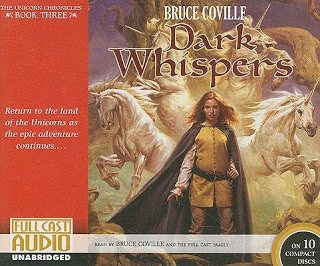 What makes your group special?

The key to a successful writers’ group is that the people respect each other.

We write different sorts of things, and in our leisure time we enjoy reading different sorts of things. So, sometimes one member will say, “I loved the story, though I had a bit of trouble with that one character,” while the next member might say, “That one character was absolutely the best part,” and the one whose story is being critiqued needs to listen to both comments, put his or her ego on hold, and determine what’s best for the story.

This is easiest to do if you trust the members of your critique group–obviously not agree with all of them, or even any one of them 100% of the time–but trust that they have your best interests at heart, and that they are good and careful readers doing their best to help.

What do you see in your crystal ball?

On the other hand, I am also guessing that we will continue to celebrate one another’s successes (we are, after all, a very talented bunch), including new books, reviews that “get it,” and heartfelt letters from readers saying things like, “You helped me through a difficult time.” What more could one ask for?