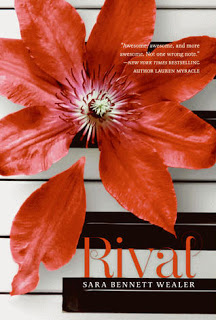 Sara Bennett Wealer is the first-time author of Rival (HarperTeen, 2011). From the promotional copy:

Meet Brooke: Popular, powerful and hating every minute of it, she’s the “It” girl at Douglas High in Lake Champion, Minnesota.

Her real ambition? Using her operatic mezzo as a ticket back to N.Y.C., where her family lived before her dad ran off with an up and coming male movie star.

Now meet Kathryn: An overachieving soprano with an underachieving savings account, she’s been a leper ever since Brooke punched her at a party junior year. For Kath, music is the key to a much-needed college scholarship.

The stage is set for a high-stakes duet between the two seniors as they prepare for the prestigious Blackmore competition.

Brooke and Kathryn work toward the Blackmore with eyes not just on first prize but on one another, each still stinging from a past that started with friendship and ended in betrayal. With competition day nearing, Brooke dreams of escaping the in-crowd for life as a professional singer, but her scheming BFF Chloe has other plans. And when Kathryn gets an unlikely invitation to Homecoming, she suspects Brooke of trying to sabotage her with one last public humiliation.

As pressures mount, Brooke starts to sense that the person she hates most might just be the best friend she ever had. But Kathryn has a decision to make. Can she forgive? Or are some rivalries for life?

How do you psyche yourself up to write, etc.? 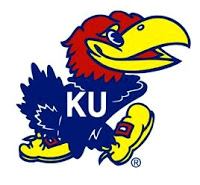 I feel really fortunate that I started my career in journalism. (In fact, I believe Cynthia and I went to the same J-school at the University of Kansas!)[Cyn Note: Yes, that’s right! Go Jayhawks!]

I was a beat reporter for a daily newspaper, so I always saw writing as a job. I got used to writing every day, whether I felt like it or not. I would go in each morning and have to pitch ideas, then I’d have a story (sometimes multiple stories) due at 5 p.m.

I also got used to being critiqued and to revising my work.

Newspaper editors aren’t known for being particularly sensitive about their feedback—they’re under deadline, they’ve got a ton of other stories to work on, and if yours doesn’t measure up in some way they’ll let you know, then it’s your job to fix things fast. I developed a thick skin!

Now I work in advertising and marketing, and that’s also great experience. Often, you’ll try several different concepts before you land on something the client likes, and if you write something that’s unclear or off-equity or doesn’t communicate just the right message, then it doesn’t matter how gorgeous it is, you’ve got to revise.

All of this is to say that I rarely have to psyche myself up to write or revise my novels because I approach it as a job that I really enjoy. Yes, there are days when it’s not a lot of fun, but I know the job needs to get done, and that will only happen if I’ve got my butt in the chair and I’m writing. If the words aren’t flowing on a particular day, I don’t worry whether what I’m writing is any good. I set a goal for myself—usually 500 words a day—and then let myself quit once I’ve achieved it. I know I can go back and polish later

The challenges to achieving my goals are usually family-related. I have two small kids and a husband who works long hours, so there are days and nights when it feels like I’m never going to get any writing time for myself. Still, I usually manage to squeeze it in. I just don’t watch a lot of TV. And again, if I’m tempted to skip a night, I just remind myself that I only need to do 500 words. Sometimes I check my word count after every couple of sentences just because I’m so desperate to be finished! But the words add up, and once you’ve got some momentum, it’s easier to keep adding more.

As a contemporary writer, how did you deal with the pervasiveness of rapidly changing technology, etc? 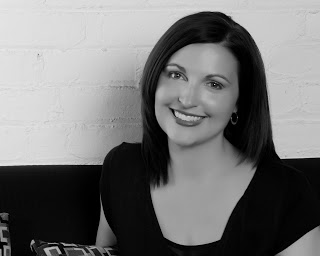 I’ve been writing about teens for about 10 years, and so much has changed in what really is a short period of time. Especially in the past couple of years, technologies have progressed so rapidly that one draft of the same project can feel dated if I put it aside for just a couple of months.

This used to freak me out, making me wonder how I’d ever keep up, but I’ve settled on an approach that has freed me mentally and, I hope, helped keep my work from feeling too old-fashioned.

Basically, I’ve just accepted the premise that technology is going to touch nearly every part of teens’ lives from here on out. They are connected 24/7, to each other and the world, and they’re used to getting information and to communicating immediately. I think that is going to be true no matter what specific apps or brand of devices are used, and I think we can agree that there are certain universals that won’t go away. For example, the phone will be the medium of choice – no matter the nitty gritty of how it operates, if you just say, “I got out my phone,” a teen will fill in the blanks.

I try to keep things general – no brand names, no real specifics of how the phone works, etc. That is how a manuscript gets dated. Today everybody’s all about the iPhone. Next year it will be something totally different!

Texting and chatting also are not going anywhere – whether it be typing texts or video chatting, I can’t imagine the basics will change all that much. Again, I try to communicate the generality of what my characters are doing and stay away from describing specific interfaces.

A couple of other strategies I employ: I try not to make plot points hinge on reveals of information that could easily be uncovered using technology.

I also try to avoid hanging too much on “older” media, such as letters arriving in the mail, magazines, print newspapers, etc. unless there’s a reason why they need to play a prominent role. At times, I even avoid talking about technology altogether.

At the end of the day, I’m telling a story which should have some universal themes and ideas—the basics of how people feel and act and interact are not rooted in or dependent on technology. If I can keep a story on a plane where technology weaves in and out but does not become a critical element, then I think I’ll be more successful at creating something timeless.

“This quick paced and solid debut novel has all the drama of real high school. Think ‘Glee,’ only with chamber music.” — Kirkus Reviews

“Wealer’s debut novel establishes realistic situations and dialogue, empathy for all sorts of teens, and challenging themes that command a reader’s thought and attention. These complex, interesting, believable protagonists will satisfy many readers who pick up the book expecting a lighter sort of musical read and instead find real substance.” — Booklist