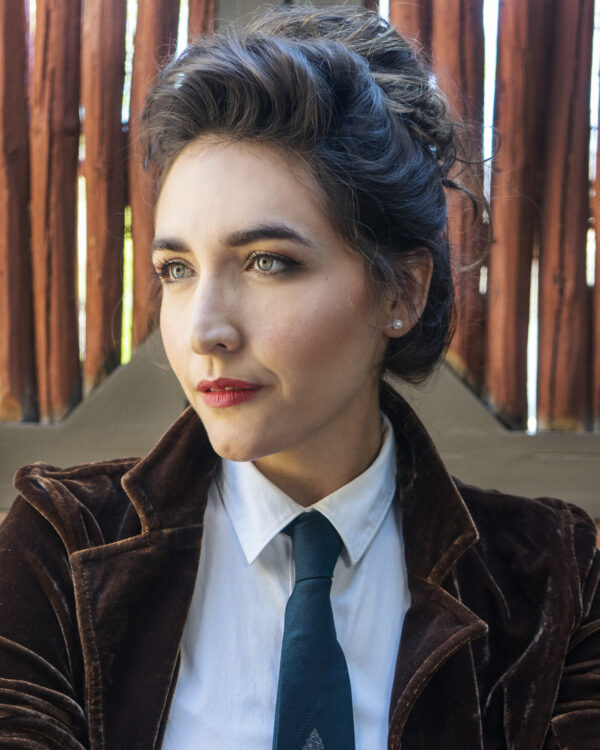 Today on the blog we welcome Alessandra Narváez Varela to the blog. Narváez Varela speaks about her journey to write for young readers and how her experiences growing up shaped the story of her debut, Thirty Talks, Weird Love (Cinco Puntos Press, 2021).

Could you tell us about your newest release?

Thirty Talks Weird Love, my debut book, is a young adult novel published in November 2021 by Cinco Puntos Press, an imprint of Lee and Low Books. The story centers on Anamaria Aragón Sosa (I use her two last names as we do in México; also, she’d be upset otherwise!), a thirteen-year-old girl living in Ciudad Juárez in 1999. This means she’s living through the first wave of femicides in the city, causing her fear and anxiety, while also dealing with symptoms of depression, an unhealthy obsession with grades, girlhood issues and a very interesting dilemma: to believe or not believe a ragged poet lady who says she’s Anamaria…as a thirty-year-old woman!

If you were wondering about the title, I hope it makes sense now: “Thirty” is the nickname Anamaria gives this woman because she can’t possibly believe this could be her in the future, and she does often speak in a way that Anamaria finds weird.

That’s Thirty in a dense, chewy nutshell, which I took two years and a half to revise, along with Lee Byrd (editor), Stephanie Frescas Macías (junior editor) and Paul LaPrade (editor, first reader and amazing spouse). Mentioning this team is important because it took a “village” to get this semi-autobiographical story to its present shape.

What’s been the biggest surprise about the author life/publishing/marketing?

I was most surprised by the “village” I just referred to: while writing that first draft is a one-person endeavor—for me it all started on a sleepless night in January 2019—once a press says “yes,” it’s all about collaboration. Not only between writer and editor(s), but also between writer and graphic designer, publicists and book sellers.

A special shout out to Publicity and Operations staff at Lee and Low—Jalissa, Jennifer, Shaughnessy and Hsu—who have the patience to explain how things work.

Once Thirty was out in the world, there’s also the readers who’ve contacted me through my website or through social media; I have had amazing conversations through this medium. Another revelation related to this collaboration, especially as a newcomer, is that you’ve got to be fearless in making connections with prospective readers and supporters a press might not be considering outright. I have cold-called and cold-emailed plenty of bookstore owners, reviewers, teachers and librarians to talk about Anamaria’s story so it can reach more readers, especially those—Latinx, bilingual, dealing with mental-health issues—who need this kind of book most.

Writing a story that drew from my experience—I am from Ciudad Juárez, I was 13 in 1999, I was (and still am) impacted by the femicides, and I deal with depression—is more challenging than I initially expected. In the early stages of revision, I erroneously thought Anamaria was my clone; of course, she revealed to be her own person with her own story.  This made me rethink several major and minor elements of the story which I swore I would never cut out; for example, the metaphorical ant I was bent on Anamaria imagining walked on her arm whenever she was most stressed. Luckily, my editor stepped in to make me realize it just didn’t work (I’ve vowed to bring this ant back in another story!)

My training as a “straight-up” poet at the University of Texas at El Paso was another sort of bump because though I read novels for fiction courses, I didn’t expect to write one, which goes to show: read everything as a writer, you never know! Poetry is a form of storytelling with a very specific awareness of music and word interaction with the white space of the page, but suddenly, I had to incorporate characterization, setting and time. To illustrate the extent of my inexperience: Thirty existed in time vacuum for a while. How many days, weeks, months had gone by between scenes? I didn’t know and it took a patient editor and a hand-written, foldable timeline for me to understand the passage of time in Anamaria’s story.

The last bump I’d like to mention, which is more of an ongoing hurdle, is learning how to balance different roles—poet, author, teacher, publicist, speaker, spouse, daughter, friend—while taking care of my mental and physical health. I can’t say I have an answer yet, but I’m encouraged by my awareness of this need to breathe and be as much as the need to write and teach.

What appeals to you about writing picture books (MG or YA)? What are the craft challenges of writing for this age group?

Just as I didn’t imagine I’d write a novel, I never imagined I’d write for a young adult audience. When I finished the first draft of Thirty—back then it was titled “13&30”; the film “13 Going on 30” put a stop to that—I just knew it was meant for a teenage audience because of my protagonist and the topics of mental-health awareness and self-love I wanted to communicate.

However, once Cinco Puntos Press gave Thirty the green light in August 2019, I immersed myself in the YA literary canon, albeit in reverse. I read The Poet X by Elizabeth Acevedo (HarperTeen, 2018), I’m not Your Perfect Mexican Daughter by Erika L. Sánchez  (Knopf Books for Young Readers, 2017), and Brown Girl Dreaming by Jacqueline Woodson (Nancy Paulsen Books, 2016); then, I read The Outsiders by S.E Hinton (Viking Press, 1967) and The Chocolate War by Robert Cormier (Pantheon Books, 1974).

This taught me something longtime YA authors already know: young adult literature is fertile ground to discuss difficult topics. I knew this from my experience working as a high-school tutor, but I didn’t know how young people’s ability and eagerness to discuss the ugly, the hurtful, the complex would translate onto the page. This also relates to my lack of an “average” teenage-hood; unlike most of my students, who openly and passionately discussed topics like depression or relationships, I only thought about school.

With time, and with the help of Anamaria and my team of editors, I realized that accessing that teenage self that felt deeply about things that were not academic was a gift and an opportunity to deliver what I think YA readers want: honesty, humor and humanity.

Ideally, I write from mid-morning to early afternoon, in as much silence as possible because that’s when I’m most unpolluted by the humdrum of life and work.

Also, I have vivid dreams, so I often wake up in a storytelling groove. I can write on the makeshift “office” I set up on my kitchen table when the pandemic shifted teaching to an online setting or on the antique secretaire in my bedroom. But there’s a difference: the kitchen office is great for revising and for transcribing my handwriting into Word; the secretaire is best for writing uncensored, raw drafts, which is something I love—it’s just me and a character or a speaker. Only we exist.

This intimacy is necessary to give myself the chance to create, to cry, to laugh, to read out loud and to fail. The latter is a lesson I struggled to learn as a graduate student, but that I try to instill in every student I meet. Luckily, writers like Anne Lamott have been thinking about this for a while: imperfect drafts are the rule, not the exception.

As writers, we should be free to try and fail as many times as necessary in order to best serve our craft and our readers. 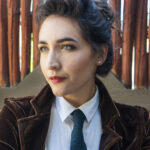 Alessandra Narváez Varela is a poet and teacher born and raised in Ciudad Juárez, México. She earned a B.S in Biology and a Bilingual MFA in Creative Writing at the University of Texas at El Paso, where she now teaches. Her poetry has been published in Poets.org, The Normal School, The New York Times, Huizache and Acentos Review. She has written about her journey as a bilingual poet for Lee and Low’s Open Book Blog and about her experience with mental health illness for We Need Diverse Books. Thirty Talks Weird Love, a young adult novel in verse from Cinco Puntos Press, an imprint of Lee and Low Books, is her debut. The audiobook, narrated by the author, is available from Listening Library. 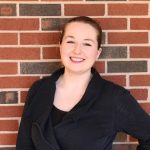