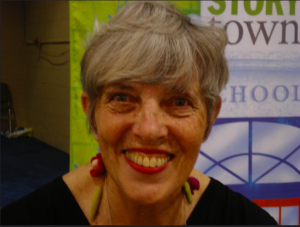 Award-winning author and illustrator Lois Ehlert has died at the age of 86.

‘Chicka Chicka Boom Boom’ Illustrator Lois Ehlert Dead at 86 by Hannah Frishberg from the New York Post. Peek: “Before her career in children’s books, which she began in her 50s, she obtained a degree from Milwaukee’s Layton School of Art and worked in graphic design. In addition to ‘Color Zoo’ and ‘Chicka Chicka,’ she also illustrated 1987’s ‘Growing Vegetable Soup,’ 1998’s ‘Planting a Rainbow,’ 1989’s ‘Eating the Alphabet’ and 2001’s ‘Waiting for Wings.’”

‘Chicka Chicka Boom Boom’ Illustrator Lois Ehlert dies at 86 from the Associated Press via NPR. Peek: “In 1990, she was given a Caldecott Honor as the author and illustrator of ‘Color Zoo,’ which uses basic triangles, rectangles, squares and circles to create images of animals in oversaturated oranges, purples and greens. Its only words are the names of the shapes and creatures themselves.”

‘Chicka Chicka Boom Boom’ Illustrator Lois Ehlert Dead at 86 by Peter Sblendorio from New York Daily News. Peek: “She received the prestigious Caldecott Medal, an annual honor for children’s picture books, for 1990′s ‘Color Zoo,’ and released her final work, “Heart to Heart,” in 2017. But Ehlert was best known for the educational and vibrantly colored “Chicka Chicka Boom Boom,” which centers on the letters of the alphabet climbing a coconut tree.” 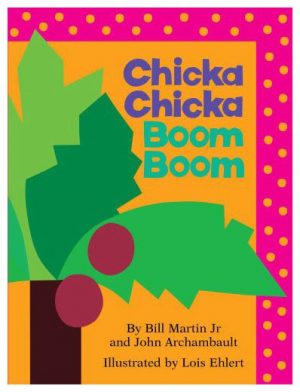 Lois Ehlert was born on November 9, 1934 in Beaver Dam, Wisconsin to Henry and Gladys Ehlert.

From an early age, Ehlert’s parents encouraged her to create. Her father, a woodworker, provided her with pieces of wood, while her mother, a seamstress, provided her with scraps of fabric. Lois would sit at a small card table and create art out of found objects. She continued to use the same card table well into adulthood adjusting it to meet the needs of each project.

Ehlert continued her artistic journey through high school where her work earned her a scholarship to Layton School of Art. She graduated from the school in 1957. After her graduation from Layton, Ehlert began working as a freelance graphic designer for children’s books in Milwaukee, Wisconsin. 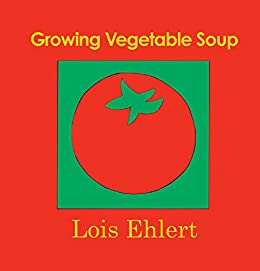 After the release of Growing Vegetable Soup, Ehlert attended the University of Wisconsin to further her artistic education. She used her newfound skills in her book Color Zoo (HarperCollins, 1989) which contained her trademark bold colors and die-cut artwork. Color Zoo received an additional Caldecott Honor. 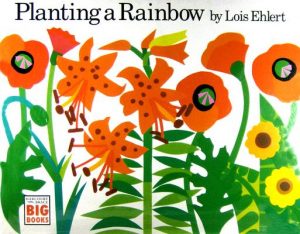 Ehlert’s best-known illustrations are from Chicka Chicka Boom Boom written by Bill Martin Jr, and John Archambault (Simon & Schuster, 1989), has sold more than 12 million copies and won a Boston-Globe Horn Book Honor. After its release, Publishers Weekly called the book “bright and lively” stating, “Children will revel in seeing the familiar alphabet transported into this madcap adventure.” Over her career, Ehlert won multiple awards in addition to writing and illustrating well over 30 books for children.