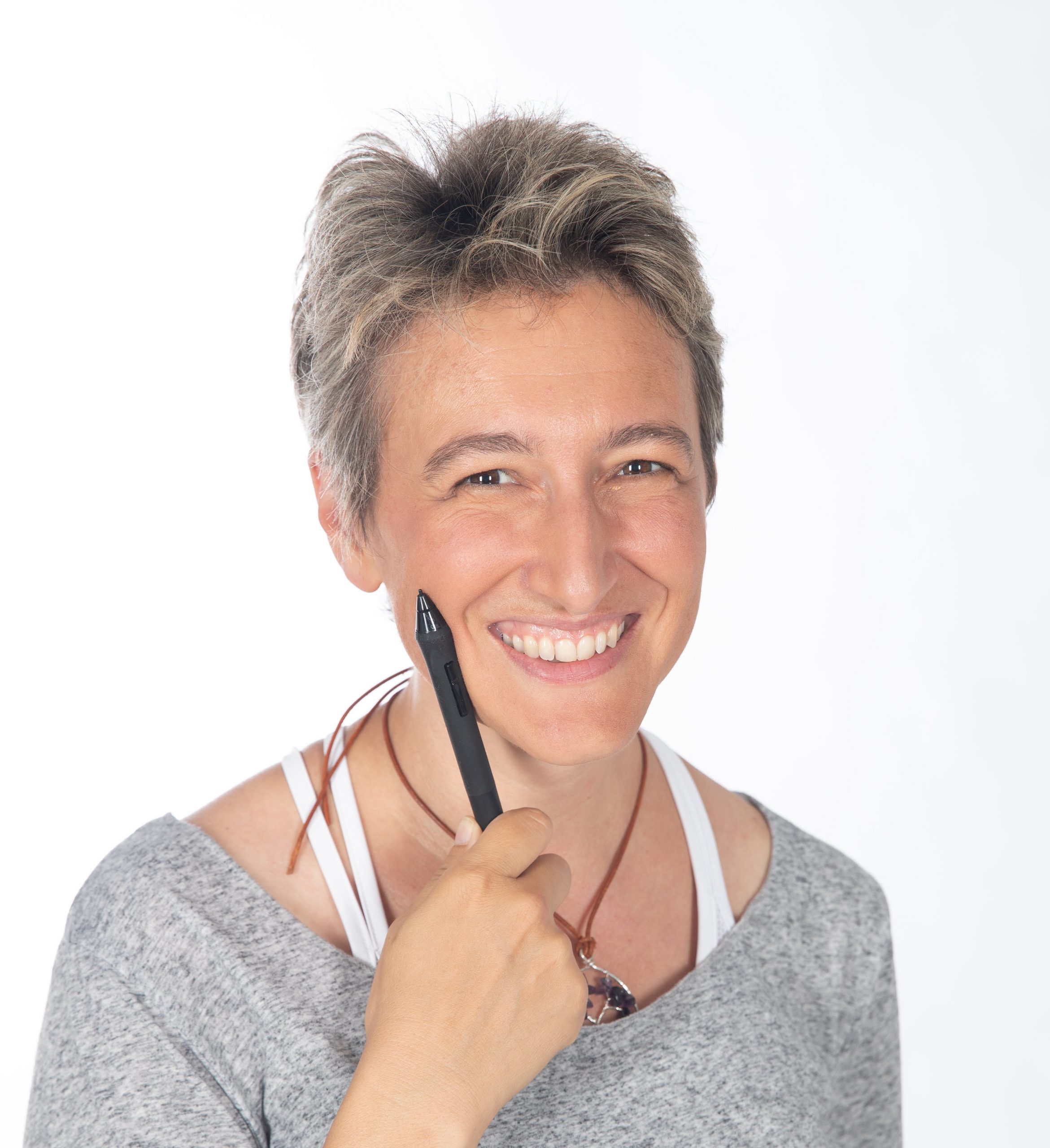 I’m talking today with Simona Ceccarelli, an illustrator based in Switzerland who has worked books for publishers in several countries, including the U.S. market.

Simona, it’s been so rewarding to watch your career take off! It wasn’t that long ago that the first book you illustrated came out, and now it’s hard to keep up with all your new releases. How many projects do you have in the pipeline at the moment? 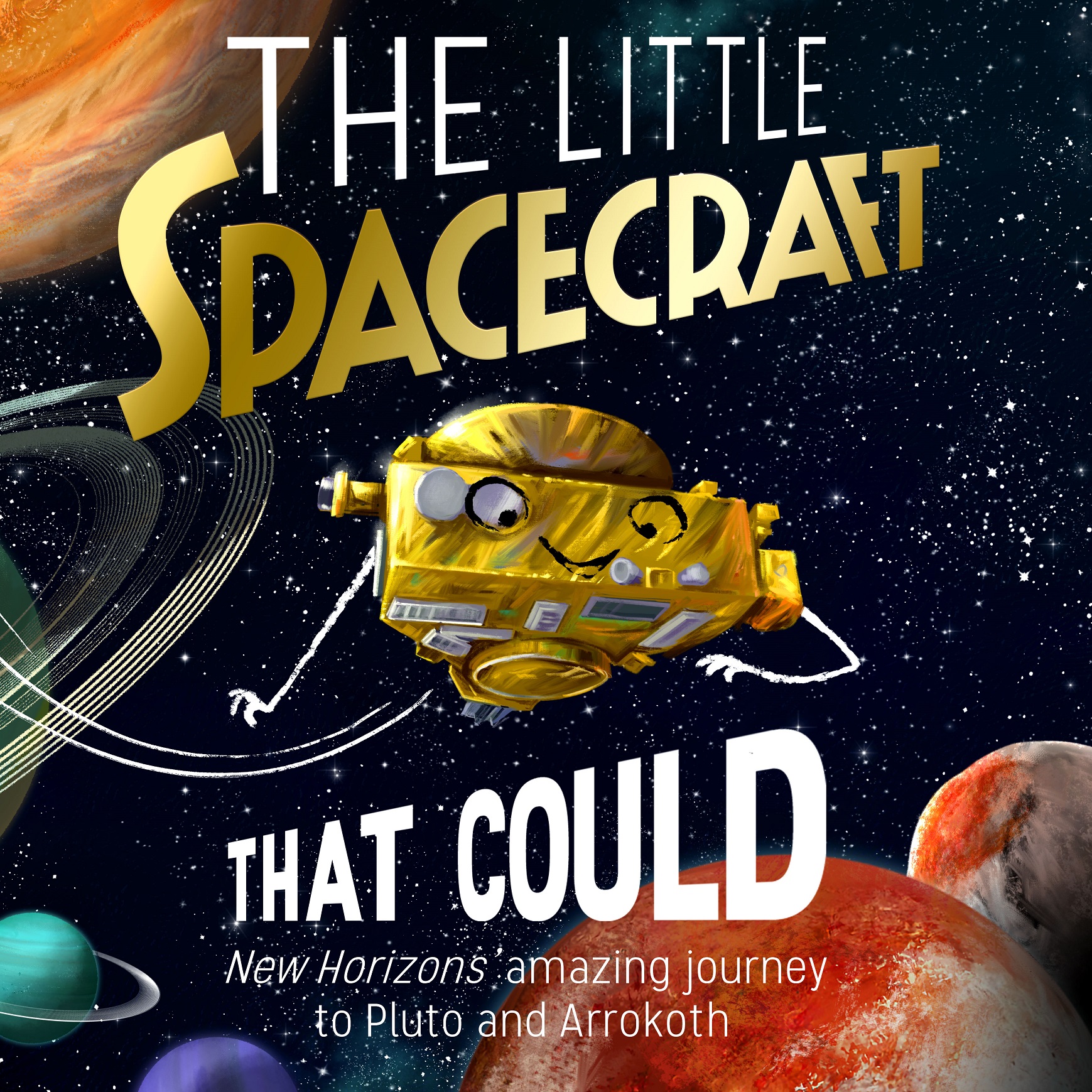 I have around 13 books on contract this year such as The Little Spacecraft That Could, written by Joyce Lapin (Sterling Children’s Books, 2021) and My Room is a Zoo! written by Jerry Ruff (Amicus Ink, 2021). Some will be released this year, some are coming out next year.

I’m currently discussing contracts with deadlines in 2022 — I’m getting close to being booked completely for the next two years.

It is! But it also comes with what my agent calls “opportunity costs.” If your schedule is too full, and an awesome project comes along, you might not be able to take it because you are already committed to other projects.

I’m trying to manage my schedule to leave some space open to work on my own stories, on my licensing portfolio, and to still have room to take on a super awesome project if it comes along.

Do you still update your portfolio, even though you have projects in the pipeline and many published books? Do publishers still look at a portfolio at this stage of your career, or are they mostly looking at your past work?

I update my portfolio every six months or so, because new books come out and you want to keep your newest work in your portfolio.

I’m also always updating my Behance portfolio, which is where many people find me. But some of my contracts are from publishers I’ve already done work for. Last year I started illustrating middle-grade books, and now I get contracts for series of three, four or five books that I work on over a period of up to two years.

Is there any difference to your creative process between illustrating a picture book and a middle-grade series?

It’s totally different! Picture books, board books or early readers use color illustrations, while middle-grade interior illustrations are mostly black and white. For those illustrations, in the German market, the author is often involved in the process, but basically, it’s just you and the editor. Those can be finished more quickly than cover illustrations.

Middle-grade cover illustrations are in color, and those take a lot of time to develop. There’s a lot of discussion about how to position the book and the marketing department is normally involved from an early stage. I usually send six different cover options in terms of design. Then there are color studies. You also have to think about the books as a series — the covers need to belong together but be distinct. You have color concepts and character concepts, so even if a cover is just one illustration, it takes a lot of time.

Does your U.S.-based agent handle the contracts in Germany?

Yes, she represents me worldwide. When I signed with this agency, that was an important consideration for me. My agent is in the U.S., but the back-office is in Canada and they have sister agencies all over the world. They can negotiate contracts in any language, around the world. That was very important for me.

You mentioned the back office, which handles administration and payments for an agency’s clients. As an illustrator based in Europe, was that international capability important to you when you were querying for representation?

I know people focus a lot on the agent themselves — their reputation, how well they can represent you, and their ability to get and negotiate contracts for you – but I believe that the back office is at least equally important. If you are living outside the U.S., you need an agency that can handle that.

What led you to illustrate children’s books?

I wanted to do book illustration since I was a young person. It was always on my mind as something I was passionate about — especially book covers. I still have several of the illustrated books that I have had since I was a teen.

It was always in the back of my mind, but life took over and I had a different career, and then I swapped careers a couple of times on the way to working full-time as an illustrator.

You always have to ask, “Does this bring me toward my goal, or farther away?”

I was a scientist, and I was able to move first into scientific communication, including some film animation and design work. Becoming an art director for an international company was a viable step in the direction of moving towards a career in illustration. That was where the worlds of science and art bordered each other. As an art director, I worked with and learned from designers, videographers and photographers.

Gradually I moved more and more into illustration. I started hiring and managing illustrators, managing campaigns, and then I relinquished my team direction role to focus 100% on directing visual presentation. I actually worked with agents from the other side! I got the full experience of working with professionals from the perspective of an art director who worked with agents, to the creative perspective, since I also got the chance to do editorial illustration and marketing illustration. Then in 2016, I took my first book illustration contract as a freelancer. I got more and more contracts, until 2019 when I was able to quit my job to focus on illustration full-time.

Is that part of the advice you would give to aspiring illustrators? Take that next step that takes you in the direction towards your goal.

Yes. I would advise anyone at the beginning of their career to be open to many types of illustration. Some people just want to illustrate picture books. What about an educational book, or a school textbook? The goal of picture book illustration is worthy, but you can’t sit waiting for that one goal to happen. It’s not in my nature to sit and wait for an opportunity.

So are you always asking yourself, “What are the opportunities before me? Which one will take me in the right direction? Then you make that choice?”

Yes, I’m focused on what I can do right now that brings me in the direction that I want to go.

Yes. For example, middle-grade illustration styles are very different in the U.S., Germany and the U.K.

How does this regional or national stylistic difference impact you as an illustrator when you’re submitting your portfolio for consideration to publishers?

I’ve been at book fairs and had a U.K. art director tell me my art was “too American.” I wondered what that meant, but they couldn’t explain it.

But then I started looking at books across markets, and I began to see the differences. My agent can recognize the country of origin of a book by looking at the cover. And now I can tell the stylistic differences of American and U.K. middle-grade covers.

That said, even though in general there is a very distinctive national taste, the world is more global now and young people are influenced by the styles they see on the internet. So some markets are beginning to evolve in terms of style.

On your covers for the German market, are you consciously trying to find a middle ground between the German and the American sensibilities?

Yes. That’s where I live. My sensibility lies a little bit in between the American and European markets, and I think it suits this trend particularly well. It doesn’t break completely with the German way of doing things, but it goes a little in the direction of being more global in style.

Would you say that being based outside the U.S. or U.K. is an advantage or a disadvantage?

So far it’s been only an advantage. In the end, everybody has their individual style. Whether you are American or European, you make you. Then you find the people that like your style.

I feel like we’re seeing publishers actively looking for diverse art styles, as well as artists with diverse backgrounds, in order to bring new and different art styles to the world of publishing.

Yes, I think the U.S. market is very interested in diversity. When I visited a major children’s publisher a couple of years ago, I asked what percentage of artists on their roster were international and I was told at least 40, maybe 50%. That says it all. That means there is absolutely no issue for international illustrators working with a U.S. publisher.

Thank you for talking with me today about the experience of working internationally as an illustrator of children’s books! 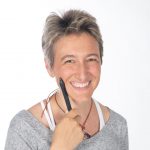 I [Simona] grew up in Italy, with a passion for both art and science, a large library – which has been expanding out of control ever since – and the urge to open all doors and follow every path. My first journey was to study science and I worked as a medical research scientist for more than 10 years.

Art eventually lured me back to follow “the road not taken.” I studied illustration and visual development at San Francisco’s Academy of Art University and found my happy place in children’s illustration. My main path now is from the coffee machine to my studio, where I find all the adventure, excitement, laughter and emotion I could ever dream – and more.

When I’m not drawing I laugh with my kids, plant flowers, ride horses and read books (not all at the same time).

I currently live in Switzerland with one husband two kids, three nationalities, four languages…and a cat.