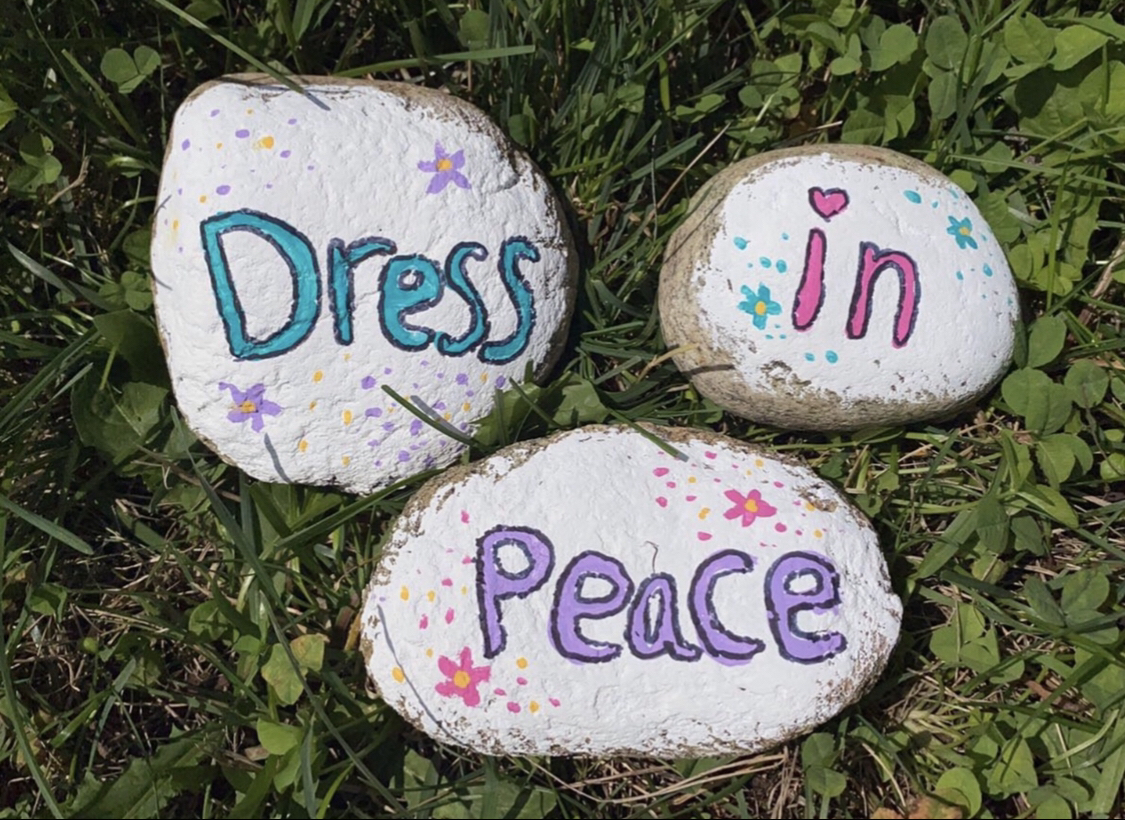 Carrie, congratulations on your middle-grade debut, Dress Coded! I’m so pleased to share this book and its message with our readers.

I’m so happy to be here!

At your launch, you spoke about your inspiration. Can you tell our readers a little about the real-life stories that sparked Dress Coded? 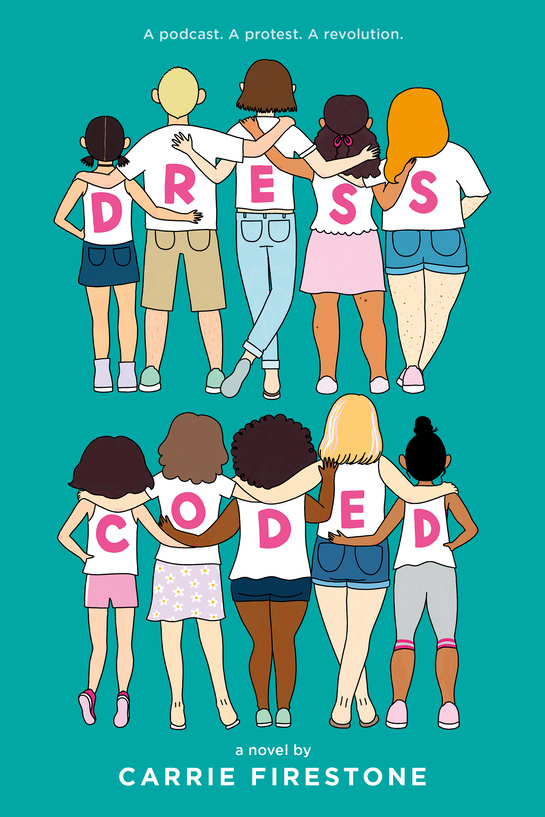 Yes! I interviewed a number of teens about their dress-coding experiences. Three of them gave me permission to share their stories. They are very different people from different school districts, but all dealt with hostile staff who humiliated them in front of peers.

LaShantee was told to change her outfit or go to the room for “students who don’t listen.” Tara was dress coded in front of her math class, which left her so deflated, she lost interest in giving tours to rising sixth graders at her middle school. Lindsay was dress coded daily (by the woman who inspired my character “Fingertip”) and hid in the bathroom for much of the three years of middle school.

I wrote Dress Coded for LaShantee, Tara, Lindsay, and so many other girls who should have been allowed to #DressInPeace.

It’s my hope that this book inspires young people to find ways to challenge unfair dress codes in their districts, and to speak out against systemic misogyny in schools and beyond.

One thing readers might not know about is how dress-coding isn’t just a contemporary issue. Can you share some of the other stories from history?

Women have had to deal with dress shaming and unfair laws that police clothing for centuries. In the 1850’s, during the early part of the Suffrage Movement, a group of women began to reject the organ-crushing corsets and impossibly cumbersome dresses in favor of Turkish-style pantaloons. This “Bloomer Girl” movement drew vitriol from men and women alike.

Fashion often reflects social movements, and dress coding has a long and painful history in American culture. When it becomes “normal” to belittle, shame, and judge people who identify as women for their clothing choices, the fallout is pervasive.

The you’re not leaving the house in that outfit, young lady trope we so often see on TV and in movies sends a message that it’s the parent’s right and duty to “cover up” the child to keep her safe.

This leads directly to the often-held belief that rape and assault victims are somehow complicit in the crime because of how they were dressed. One of the reasons I wrote Dress Coded is to shed light on these long-held narratives. It’s toxic and dangerous to teach our children that girls should mind their shoulders and knees in school because they could “distract” boys.

You chose an interesting way to tell the story through podcasts. Can you tell us a bit about that choice?

Honestly, I’m not sure how that happened. I’m not even a podcast person. Molly just popped into my head and decided she wanted to start a podcast! I found the podcast format was a helpful storytelling tool. I was able to give a platform to multiple voices in the book, and probably found a few new characters I wouldn’t have discovered if they weren’t willing to come forward and tell their stories to Molly.

The podcast also gave Molly agency. It allowed her a platform to speak out in a safe, age-appropriate way.

How do you think readers can use this book to start a conversation that evokes change?

I would love to see teachers use Dress Coded as a springboard for argumentative essay assignments since dress coding is often a subject for pro/con class discussions. More broadly, I consider the book a blueprint for youth activism. It illustrates the fact that activism isn’t just making a poster and taking to the streets. It involves slow-moving, often tedious, deliberate work.

For young people, it might mean collecting signatures for a petition, or attending long meetings, or organizing committees and rallies. I think readers can use Molly’s movement as an example of how to move forward with their own vision, whether it’s changing their school’s dress code or changing something else in their community. 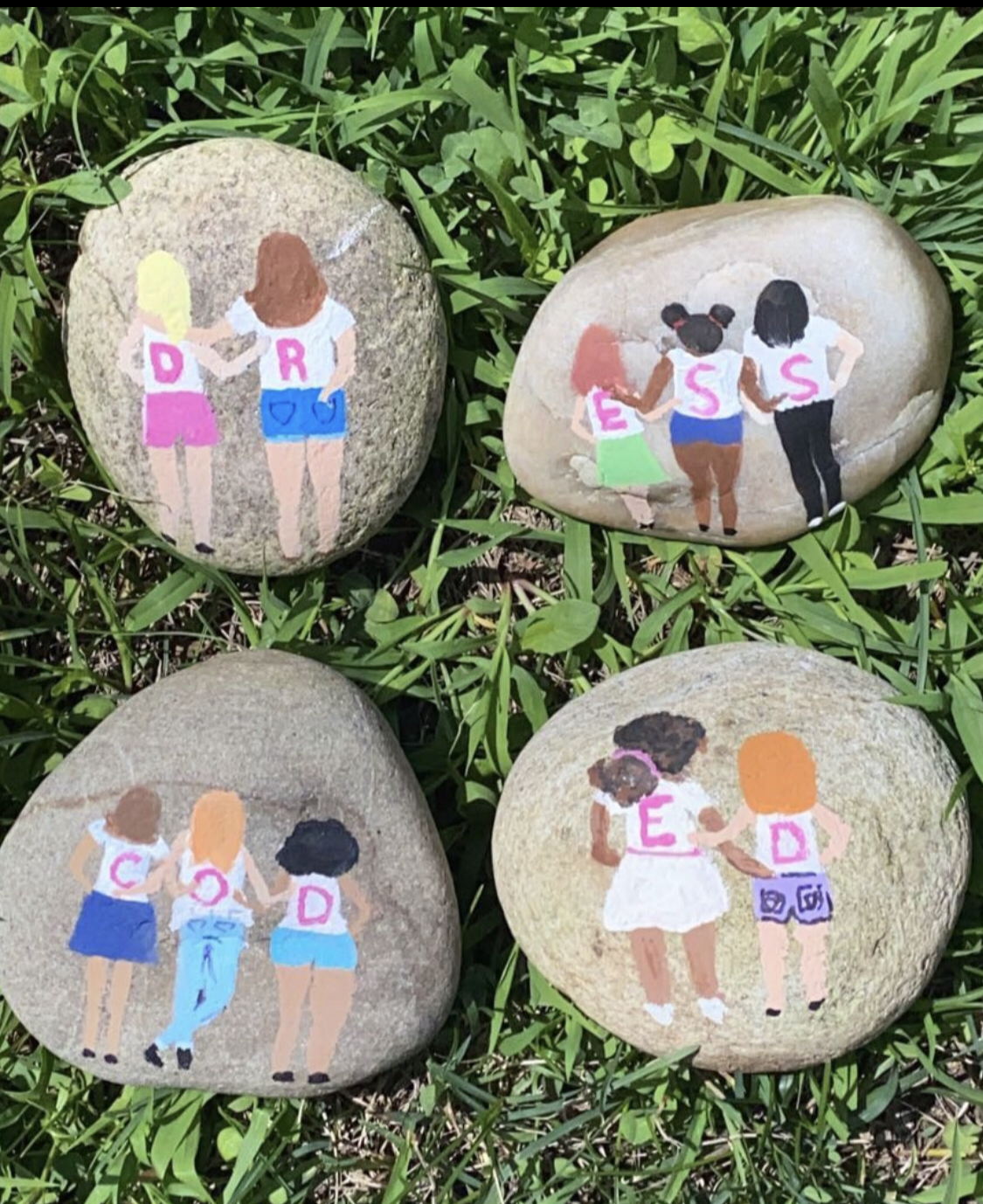 Dress Coded is your first middle-grade book. Your first two releases were YA. Can you tell us a little bit about the difference between writing for these different age markets?

I think it’s similar to acting. You have to get into the head of the character. My YA characters are a little looser with curse words and romance. MG characters have to keep their inappropriate thoughts to themselves. For me, I got inspiration for my YA voice from my own high school journals, while my children and their friends chatting in the back of the minivan helped shape the MG characters.

What’s been the biggest surprise about the author/publishing/marketing life?

I would say the biggest surprise for me is that no matter how many books I write, I always have a huge freak out when I start a new project. I pace my neighborhood, watch sitcoms, stare at the wall, and decide I’m done writing books forever. This goes on for anywhere from a couple weeks to several months.

I eventually get through it by sitting down with huge pile of books and reading until I’m grounded, energized, and inspired. I’m grateful to all the amazing authors out there who write the books that “unstick” me and make me want to sit down and write.

And on the positive side, I never imagined people would take the time to read my books and write me thoughtful, powerful letters about how my stories have impacted their lives. People write that The Loose Ends List has ignited a love of travel, The Unlikelies inspires them to do good deeds, and Dress Coded is starting some big conversations about how families view dress coding in schools.

Just yesterday, I received a note from a girl who was happy to see a not-so-perfect sibling relationship because she has struggled with a sibling herself. Those letters, more than anything, keep me going on this author journey.

Balance is always a struggle for me. But I will say we aren’t authors if we don’t write. Writing has to come first. I know plenty of successful authors who don’t do a lot of public “author stuff.” But I haven’t read any stellar books by people who don’t actually write. One thing that helps me is I have secured a writing space at the Arts Center in my town.

I’ve made a rule that I can only read and write there- no correspondence, no paperwork, no emails—only pure reading and writing. I recommend finding a dedicated reading and writing space. It could be a chair in a corner of your bedroom or a section at the end of your dining room table. But protect it from social media, bills, and all the other things that distract us from our craft. 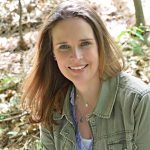 Carrie Firestone is the author of the acclaimed young adult novels The Loose Ends List, which Kirkus Reviews called “a poignant and important story about compassion, love, and the decision to live life on your own terms” in a starred review, and The Unlikelies, which Bustle declared “the summer read that’ll remind you how much good there really is in the world.” A former New York City high school teacher, Carrie currently lives in Connecticut with her husband, their two daughters, and their pets. Dress Coded is her debut middle-grade novel.