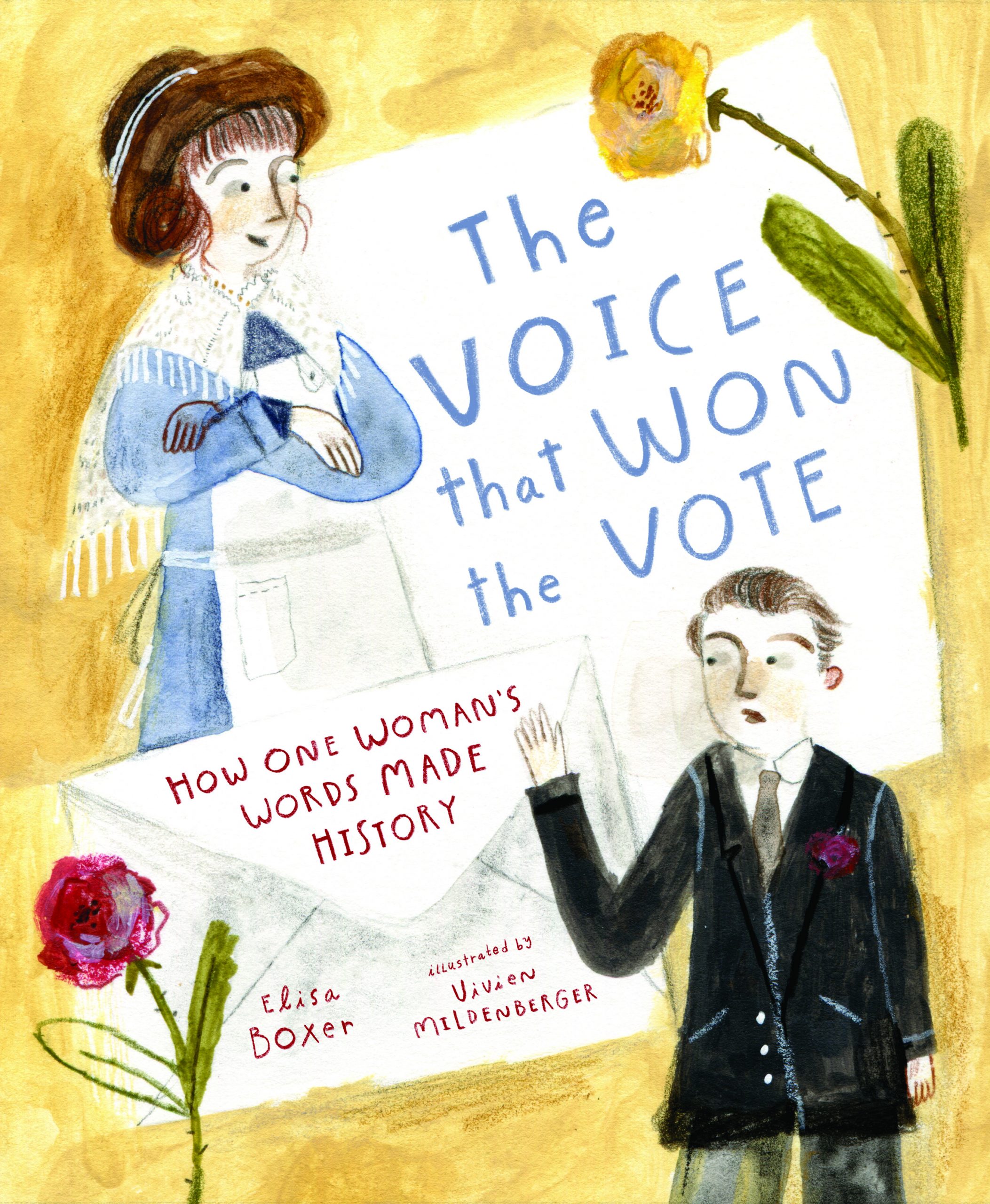 I am so pleased to welcome Elisa Boxer, author of The Voice That Won The Vote: How One Woman’s Words Made History, illustrated by Vivien Mildenberger (Sleeping Bear, 2020). Today Elisa shares her thoughts on writing for children and the importance of each voice.

As a journalist, I’ve always been drawn to researching unsung heroes and telling their stories. So a couple of years ago, when my agent, Steven Chudney, gave me the heads-up about the upcoming 100th anniversary of the 19th Amendment, I searched for little-known figures in the women’s suffrage movement.

When I found the story of Febb Burn, I knew hers was a story I wanted to tell.

Here was a woman who helped save suffrage by writing a letter to her son. She defied society’s expectations of her by refusing to stay small, and by daring to use her voice in the best way she knew how. I couldn’t believe there were no children’s books about her. Actually, there were no books about her at all, except for small mentions here and there.

I felt The Voice That Won the Vote could help highlight for children the power of one vote, and one voice. I hope it encourages children to think about which issues matter most to them, and how they might go about expressing their truth about those issues.

The team at Sleeping Bear Press really shared my vision for bringing this message to young readers. And Vivien Mildenberger’s art is so inspirational. For me, her illustrations drive home the power of courage to change history.

As long as I’ve been reading children’s books, I’ve been writing them. I think that’s because as far back as I can remember, like many other writers I know, I’ve had big feelings in a world that hasn’t always encouraged the expression of them.

So just as I always had my nose in a book that reflected a character’s deep emotions, I’ve always been drawn to telling stories as an outlet for expressing my own heart.

My early children’s books were written in crayon or magic marker. Then, up until a few years ago, they were written in notebooks. I started submitting my first “real” manuscripts in 2017.

I’d say start with what lights you up, or breaks your heart, or otherwise moves you to the point where you’re able to really dig into the topic with the passion necessary to sustain you through the multi-year process of writing, revising, submitting, more revising, marketing and promoting.

I have several more books on the way, and each carries an emotional resonance for me and an underlying message that I am so eager to share with young readers. That’s because, for each book, I initially felt (and still feel!) that deep tug; that deep “yes.” So rather than listen to the market, I’d say listen to your gut.

I don’t know that I’ve ever felt such a strong sense of community as I do from this world of children’s literature. When I was pre-published, everyone was so generous with advice and encouragement. From the get-go, I saw that this is a community whose members lift each other up.

One of my first experiences with this was many years ago, at the SCBWI conference in New York, when Cynthia gave a talk about the importance of social media. I approached her after that talk and she was more generous with her time and advice that I ever could have imagined. So I’m happy to finally be able to say thank you!

Debuting during a pandemic was not on my list of challenges. But the fact that so many of us were reeling from cancelled launch events, storytimes, book signings and school visits only highlighted the selflessness of the kidlit community. So many people stepped up with support, including people like Julie Hedlund, who rallied 12×12 members to promote our pandemic releases, and Justin Colon, who offered interviews and #PBChat to help get the word out about our books.

Many of us are introverts, right? It’s tough enough to promote ourselves without a pandemic. But it felt especially weird, watching the world turn upside down, with my target audience of parents and educators struggling to feed their families and find toilet paper, but hey, here’s my new book, maybe you’d like to buy it?

Eww. But the kidlit community held space for all of those feelings and fears and emphasized the importance of sharing our work in these strange times.

Another invaluable source of support has been my debut group, the Soaring ’20s. Talk about all in this together! Now that my book is out in the world, I’m thrilled to be able to pay it forward and help boost, promote and encourage other authors who find themselves where I was not long ago.

Five Myths About the 19th Amendment and Women’s Suffrage, Debunked by Olivia B. Waxman from Time. Peek:

“‘Women’s rights is not a new concept on this land; it’s a very, very old one. And the clan mothers of the six nations of the Iroquois Confederacy, the Haudenosaunee women, have had political voice for 1,000 years.'”

Who Was Excluded? Women’s Suffrage from the U.S. National Park Service. Peek:

“After the passage of the 19th Amendment in 1920, women of color were often kept from the polls. African American women faced racial discrimination and were discouraged from voting through intimidation and fear.” 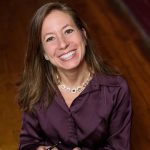 Elisa Boxer is an Emmy-winning journalist and columnist whose work has appeared in publications including The New York Times, Fast Company, and Inc.

She has reported for newspapers, magazines and TV stations, and is thrilled to bring her journalism experience to the world of nonfiction children’s literature. The Voice That Won The Vote: How One Woman’s Words Made History is her first book, and she hopes it inspires young readers to know how much their voices matter. Learn more at http://elisaboxer.com/

Download a teacher’s guide for educators and parents. It includes ELA, math, science and social studies tie-ins, as well as some fun election-themed activities.