Tomie dePaola (pronounced da-POW-la), celebrated and beloved author and illustrator, died March 30 in Lebanon, New Hampshire after complications from surgery following a fall. He was 85.

Obituary: Tomie dePaola, ‘Strega Nona’ Author and Illustrator, Dies at 85 by Iliana Magra and Julia Carmel from The New York Times. Peek: “Mr. dePaola, whose best-known books were probably the ‘Strega Nona’ series, wrote and/or illustrated more than 270 books. The ones that resonated most with children, he told The Times in 1999, were the ones inspired by his own life.”

Obituary: Tomie dePaola by Shannon Maughan from Publishers Weekly. Peek: “Holiday House editor-in-chief Mary Cash…fondly recalled the author by saying: ‘All the people I ever met who knew Tomie felt their lives had been enriched by the experience. Tomie was brimming with creativity, good will, and a true joie de vivre, which he gleefully spread in every direction….’” 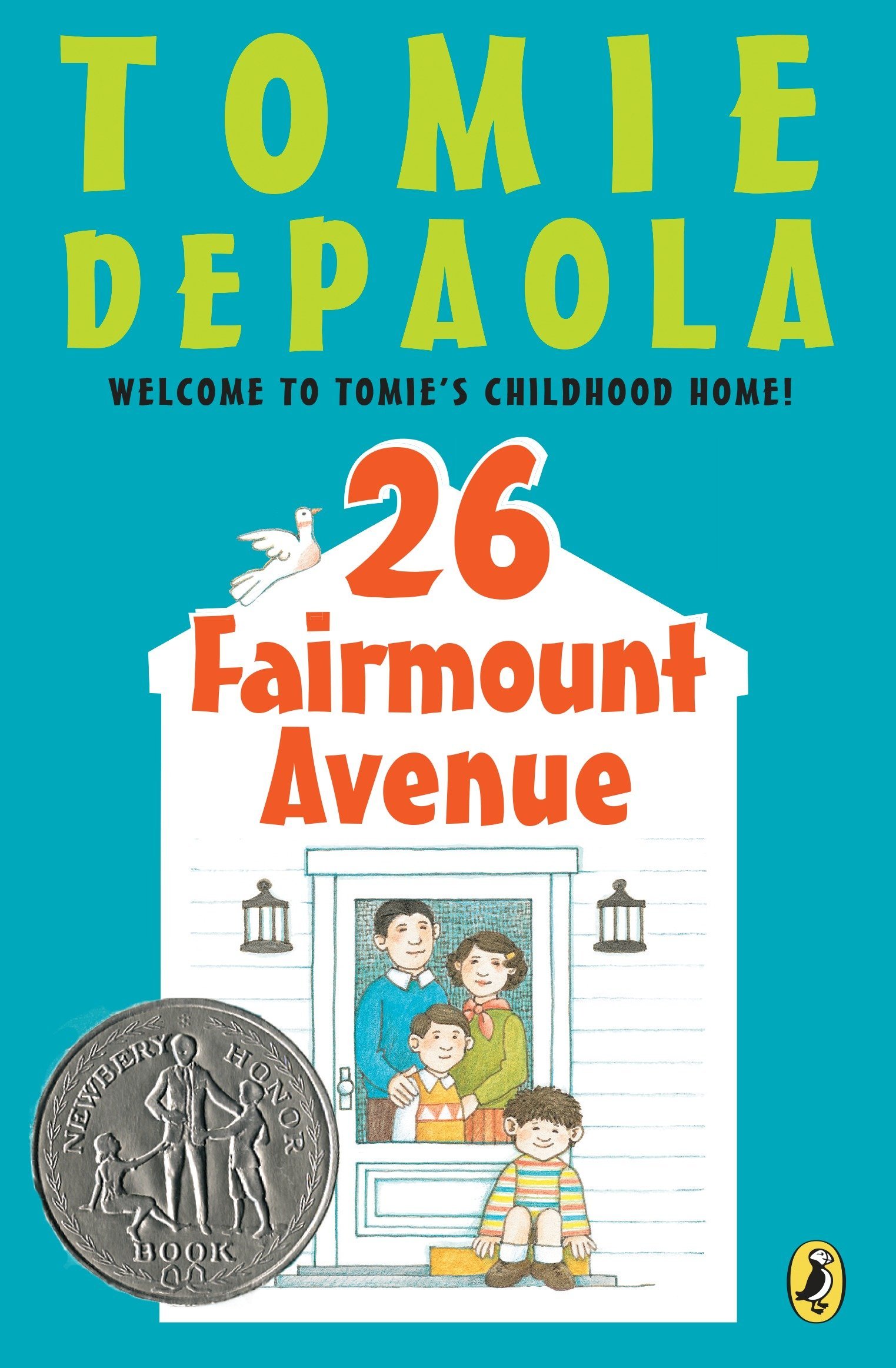 dePaola, born in Meriden, Connecticut on Sept. 15, 1934, immortalized the town and his childhood in his 26 Fairmont Avenue series (Putnam).

The first book in the series earned him a Newbery Honor in 2000.

His love of drawing, which is depicted in The Art Lesson (Trumpet, 1989), started early. In the book, he’s shown working out a compromise with his art teacher so that he’s able to use his personal box of crayons.

As a child, his encouraging parents even allowed him to use part of the attic for his “studio.”

Eventually, his talent earned him a scholarship to Pratt Institute in New York where he was named “one of the top 125 Pratt icons of all time” (quoted from the congratulatory letter published on his blog in 2012).

He also received and MFA from California College of the Arts in Oakland and his doctoral equivalency in fine arts from Lone Mountain College (now part of the University of San Francisco).

dePaola taught art and theater at several colleges. Meanwhile, he began a career in children’s literature that would span more than half a century. His first illustrated book was Sound by Lisa Miller (Coward McCann, 1965). The first book he authored and illustrated, The Wonderful Dragon of Timlin (Bobbs-Merrill, 1966), was published a year later. 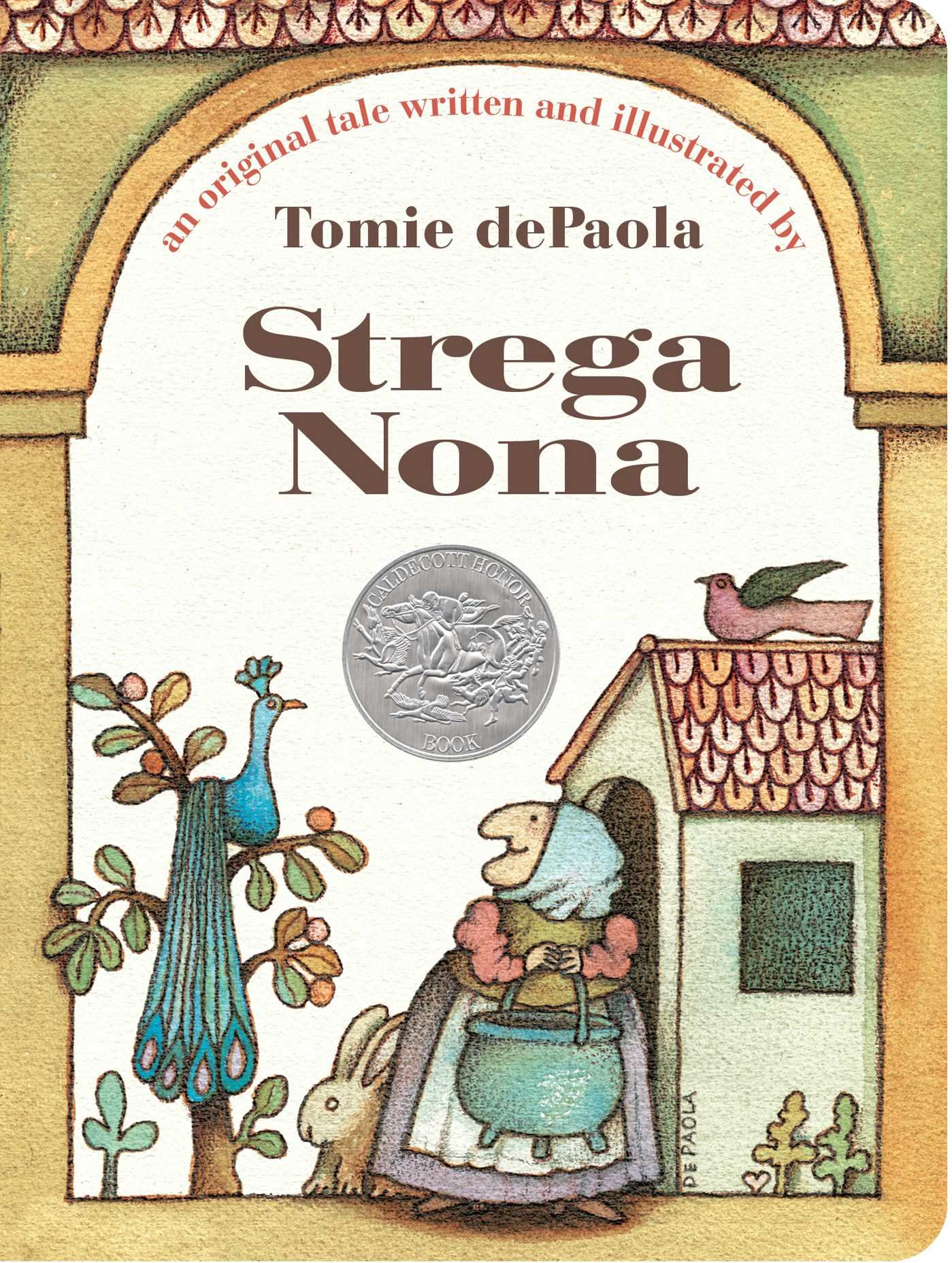 Of the hundreds of books he worked on, dePaola is best known for his beloved character Strega Nona (Prentice Hall, 1975). He based his story loosely on the Brothers Grimm’s The Magic Porridge Pot. He set his story in Calabria, the region his grandparents came from in Italy, and swapped the porridge pot for a pasta pot.

In all, his kindly grandma witch appeared in nineteen books, the first of which received a Caldecott Honor. In a Publishers Weekly interview with Sally Lodge, dePaola said of Strega Nona’s longevity, “Had I known, I’d have been more careful and drawn the pictures more slowly!” 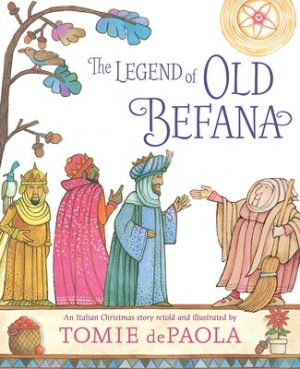 While much of dePaola’s work has the folktale feel of the Strega Nona books, with titles such as The Legend of Old Befana (Houghton Mifflin Harcourt, 1980) and Fin M’Coul and the Giant of Knockmany Hill (Holiday House, 1981), his oeuvre is more varied than that.

School days, traditions, friends, family, animals, firsts, silliness, and solemnity are all hallmarks of dePaola’s work. However, the devotion of family and faith are the most prominent themes. Indeed, the image of a white dove graces most of his work. 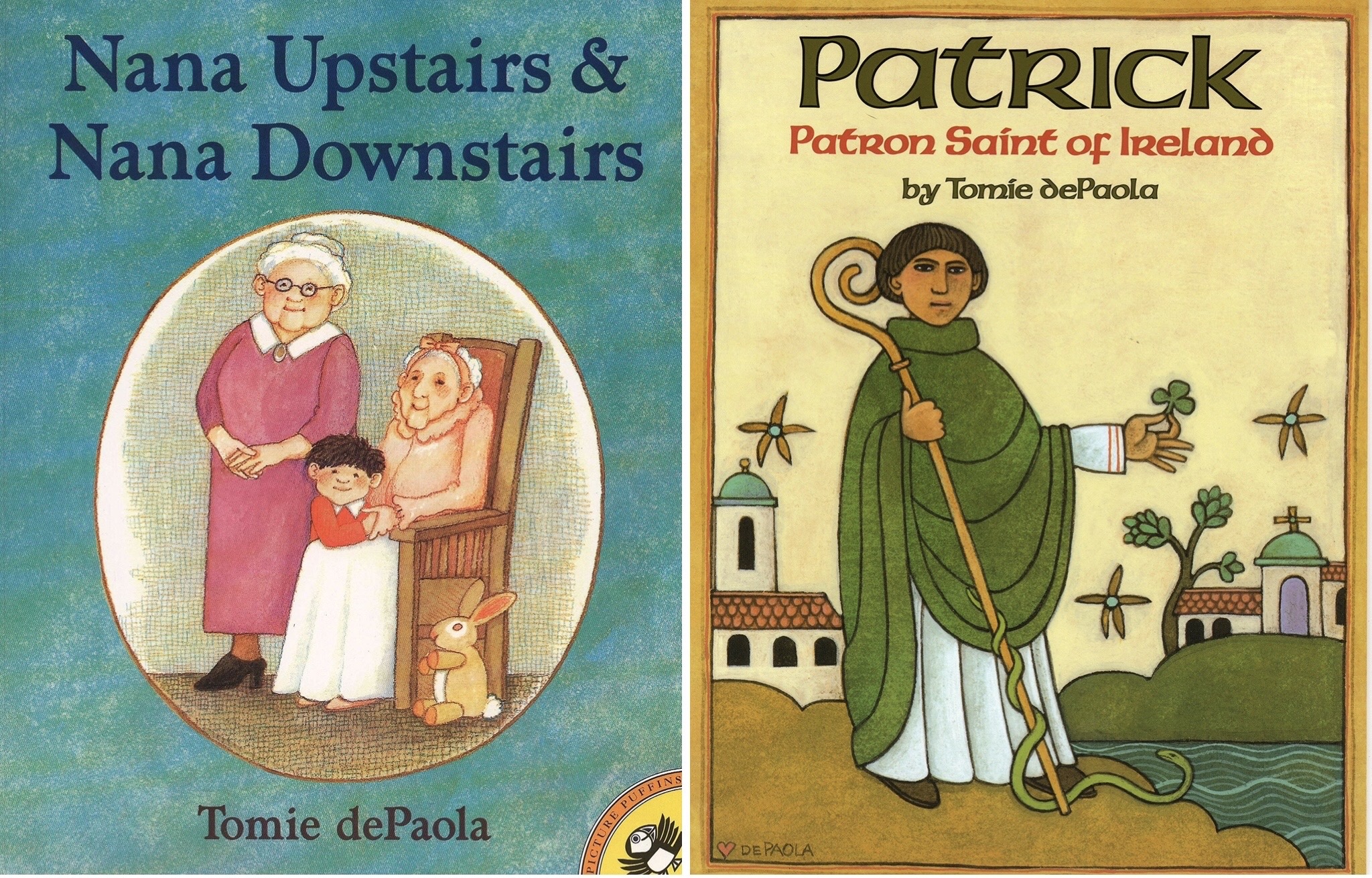 In addition to the Newbery and Caldecott Honors, dePaola received the Children’s Literature Legacy Award in 2011 as well as Lifetime Achievement Award from the Society of Illustrators in 2012. He received the Regina Medal, the James Smithson Bicentennial Medal, and was awarded several master’s and doctoral degrees from various universities and colleges.

dePaola was a generous mentor to many aspiring illustrators and writers for children.

For years, he presented The Tomie dePaola Illustrator Award annually at the SCBWI conference in New York to an “illustrator of promise.” He always chose the assignment and the winner himself.

Social media was full of tributes to dePaola as news of his death broke. Those reflecting on his memory included Lin Oliver, Jon Klassen, Peter Reynolds, and Nancy Paulsen.

Listen to dePaola talk about his vocation as well as his latest book, Quiet (Simon and Schuster, 2018), in an interview with Kerry Weber of America Magazine.

“I take it very seriously and especially since it’s really aimed at children, only the very best is good enough for children.” 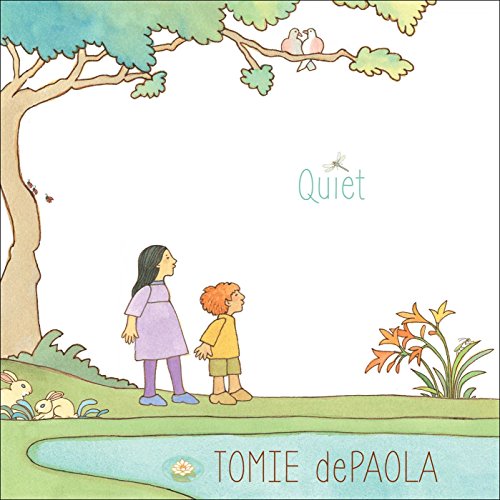