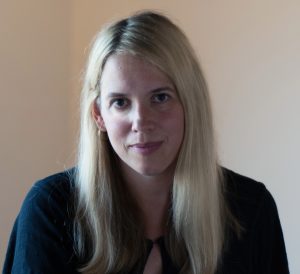 Discovering a New Magic at the Heart of the Creative Life

As artists, we spend most of our time alone in a room writing or drawing. On our bad days, we wonder if our efforts are nothing more than a narcissistic pursuit of a private vision.

I spent many days like this as I worked for over a decade – pre-agent, pre-editor, pre-contract – on my debut picture book biography, The Boy Who Dreamed of Infinity: A Tale of the Genius Ramanujan, illustrated by Daniel Miyares (Candlewick Press, April 2020). But at the heart of both this story and the story of how it came to publication is something that runs quite counter to solitary work: collaboration.

Collaboration is a fascinating word. It literally means “work done together.” And it exists within a great family of other words beginning with the prefixes – col, con, com, cog, and cor – which all indicate the same thing: together or with. But when two or more things, especially people, come together we don’t only get the harmony of connection, or colleagues, or communion. We also get conflict, collision, combat. And now not only are we soundly outside the artist’s cell, fully contending with the world, but we begin to see the explosive power in collaboration.

I began working on the story of Ramanujan in 2005, when I took a five-week research trip to India. For years I consolidated my travel journals, read biographies, made notecards, and spun my wheels.

The breakthrough finally came in 2015 when I began working with Esther Hershenhorn through the SCBWI-IL Laura Crawford Memorial Mentorship. I remember our first meeting over pasta. There was a common delight in Ramanujan’s story, a shared belief in its worth, but after that day I went home and set aside my stack of drafts, all variations on the same theme, and began with a blank page.

I have another book coming out this year about the Zhou Brothers, two artists who paint together on the same canvas. “When you paint by yourself you won’t have the courage to destroy your own painting,” said one of the brothers.

“You think you are always right. But two people together, they don’t care. With this kind of fighting something comes out that’s never happened before. It creates a new magic.”

Esther and I never fought. She was wonderfully respectful and kind, but, in some real sense she didn’t care about those old drafts, not like I did. Or rather she cared deeply but her vision wasn’t clouded by worn out attachments. Alone, I would never have had the courage to destroy my old work and start from scratch. And the story that emerged felt to me like a new magic.

Collaboration is also at the heart of the story I wrote. Captivated by numbers at a young age, Ramanujan set out alone to discover the world of mathematics. But he never saw himself as operating in a vacuum. His inspiration, he thought, sprung from a divine conversation, a goddess whispering her maddening, beautiful thoughts to him in his dreams. And a deep yearning to communicate his ideas to another always drove his quest. Ultimately, he wrote letters in the hopes of finding a true correspondent, someone to both delight in and tangle with his vision.

The story I wrote ends before Ramanujan meets G. H. Hardy, his colleague and combatant in pursuit of truth. But in that final moment when he steps onto the great steamer and sails across the ocean, it is clear that the aim of the creative life – whether mathematics or art or writing – is not solitude but communion.

Artists do spend significant swaths of time alone, but behind our work is always a search for connection, with the voices and ideas that came before, with the readers or viewers that might exist in the future. And along the way we need to find collaborators – who can both converse and conflict with our work – helping us to bring forth something that’s never happened before.

Amy Alznauer has been thinking about the story of Ramanujan ever since she was five years old, when her mathematician father discovered Ramanujan’s Lost Notebook in a box of dusty papers in a Cambridge library.

Amy also has two other books coming out this year: Flying Paintings: A Story of Revolution and Art, illustrated by Zhou Brothers (Candlewick Press, September 2020), and The Strange Birds of Flannery O’Connor, illustrated by Ping Zhu (Enchanted Lion Books, June 2020).

She teaches mathematics at Northwestern University and lives with her husband and two children in Chicago.