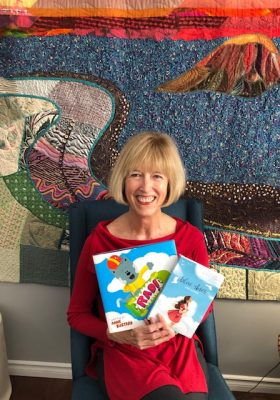 Anne Bustard is a successful children’s author with a long, distinguished career.

In children’s-YA writing and illustration, maintaining an active publishing career is arguably an even bigger challenge than breaking into the field. Reflecting on your personal journey (creatively, career-wise, and your writer-artist’s heart), what bumps did you encounter and how have you managed to defy the odds to achieve continued success?

I am a big dreamer, a late bloomer, and a never-give-up-er.

Since my first book in 1989, I have had one published every decade except the 1990s, (but perhaps my dissertation counts)? Each one was a glorious gift. And now, it is with sky-high joy, that this spring, the double miracle of two new books occurred. I am especially thankful because both of these books have writing roots that date back over fifteen years.

This tells me that my instincts about Blue Skies (Simon & Schuster, March 2020) and RAD!, illustrated by Daniel Wiseman (Abrams, May 2020) were right, but my implementation needed time, so much time, more time than I could have ever imagined.

By necessity, choice, and privilege: day jobs, grad school, and elder care were priorities. I’m grateful that there was only one stretch of years when I stopped writing all together because of family health issues, and a more recent pause for a happy reason—I got married for the first time!

Along the way, I’ve chosen to believe this tenet—time can be redeemed. Meaning, if our dreams are waylaid because we’ve temporarily, or maybe not so temporarily responded to a higher calling, when we are freer to focus on our dream, we won’t have lost that time at all.

In fact, whooshes of new insights, increased energy, and often an acceleration of the process fills the well to overflowing.

Having said that, even though my dream of seeing my work in the world beyond my computer never wavered, it was tested. In spite of my never, never, never give up stance, those dark-I-think-I-may-quit-moments came. Twice. Both times my next efforts resulted in publication. 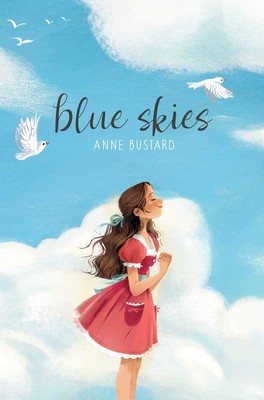 In the case of Blue Skies, I’d just shelved the second of two floundering middle grade projects, and I wasn’t confident that one more would be the charm. But Glory Bea, my main character, is a believer in miracles, both ordinary and extraordinary. So am I.

Her story had been in a drawer for over seven years. If I could tell one more story, this was my first and only choice. From its beginning as a picture book in the early 2000s, thanks to an editorial suggestion, with the support of VCFA, it became a novel-length manuscript in 2010. All along the way, the story touched my heart. I was a Daddy’s girl, and it is about an unbreakable father-daughter bond.

So in 2017, I reread it. And was elated—I saw its flaws. Even better, I had thoughts about how to revise. Time was my friend, not my enemy, which both shocked and delighted me.

We all know publication is never guaranteed, but I was eager to put in the time and effort in order to see what would happen.

It’s interesting to me that both of my I-may-quit crises occurred in the last decade. In hindsight, I believe it’s because I was finally living my dream and writing full time. So for me, the stakes were higher. And maybe, just maybe I was more impatient with myself. My name means grace, and that’s what I needed to give myself.

I am ever so thankful that I didn’t give up. Especially because both Blue Skies and RAD! are about survivors who become thrivers. Apparently, that’s what I write about. I am eternally grateful for everyone who has encouraged me along the way, including you, Cynthia Leitich Smith, who read the first and some later drafts of both of these books.

Over the years, a version of the repetitive rhyming line in RAD! appeared in four different attempts to write a fiction picture book. I’ll always be indebted to the editor who passed on one of my submissions, but said, “If you ever come up with another story using that line, let me know.” 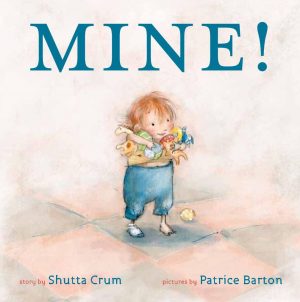 Before I tried the fifth time, I read dozens and dozens of new picture books. The market had changed dramatically since I’d last attempted one. For starters, they were a lot shorter. I was captivated by Shutta Crum and Patrice Barton’s Mine! a book with one repeated word. That’s it! My rhyming line was the story. So my quest became to find one to go with it. I did. And it sold!

Then came an announcement in Publishers Weekly that heralded a forthcoming book with the same title and similar storyline. The End, I thought. And it was. Of that book.

But my fabulous agent brainstormed a zillion other possibilities, I managed three, and I rewrote it based on one of her suggestions. We revised it multiple times, and by the end of that week, it was back on my editor’s desk. That editor took another job, but fortunately the book was still a go. 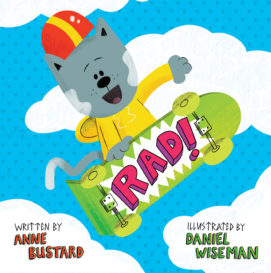 Another wonderful editor guided it to completion with amazing 90s-infused illustrations by Daniel Wiseman. From first draft to publication was close to twenty years.

I came to writing as an enthusiastic reader but I needed to learn about its craft. And still do!

My writing has never been a solo effort. I have been surrounded by smart, kind, generous writers, teachers, and editors who have given me feedback, wisdom, and hope. Almost every year since Kathi Appelt, my first teacher, encouraged our class to form a critique group, I’ve been a part of one.

School and books are my happy places and I’ve been reignited and reinvigorated through each class I’ve taken, each book I’ve read. They’ve inspired and educated me. I am grateful for SCBWI, the Writers’ League of Texas, Rice University’s School of Continuing Studies, Highlights Foundation, The Writing Barn, and VCFA. The works of Rita Williams-Garcia, Patricia MacLachlan, Patricia Reilly Giff, Jacqueline Woodson, Cynthia Kadohata, Caroline Starr Rose, Katherine Applegate, Thanhha Lai, and more have guided me.

It’s been a glorious journey and I can’t wait to see what happens next!

If you had it to do all over again, what–if anything–would you do differently and why?

Given my life, I don’t know how I could have done anything differently. I’ve benefited from the ups and the downs, the joys and the delays. I’m exceedingly thankful that I’ve always had people around me who believed in my writing and me even when I didn’t.

The field and body of literature are always evolving. For you, what have been the stand-out changes in the world of children’s-YA writing, illustration, literature and publishing? What do you think of them and why?

I’m ecstatic about the increase in diversity of authors and illustrators and characters in children’s-YA literature. The We Need Diverse Books initiative opened many eyes and minds and hearts. It is beyond time for everyone to be authentically represented on the page in a multitude of stories.

I’m hopeful that the walls that remain will fall, and that every child and young adult will always be able to find stories that reflect themself. We all need to see each other and ourselves in print. Each of us matters.

Independent bookstores are on the rise again. Yay! Over the past twenty years, they’ve taken hits from big box bookstores and the Internet. Handpicking and hand-selling books is an art that we should applaud and support.

As a co-owner of a children’s-only bookstore in the ’80s and ’90s, we did business with hundreds of different publishers. As one began to buy the other, we joked that some day there would only be five. Of course there are more than that today, but five houses are significantly bigger than all the others.

Watching the rise and fall and rise of picture books has been fascinating. The economy, printing costs, and e-book worries were some of the factors that contributed to fewer picture books being published for a time. But Neal Porter, Paula Wiseman, and others, never wavered. They believed picture books could be and should be immortal (my words).

Thank goodness. Today this children’s books soar. In particular, nonfiction picture books are having a moment, and I hope it’s more than one.

Breathe. Be thankful. Be playful. Be joyful. Lift up others. Enjoy the highs. Don’t obsess over the lows. Be willing to stretch. Plan ahead as much as you can. Know your limits. It’s okay to not do it all promotion-wise. You can do this! You’re ready.

How about for those in their writing apprenticeships, at the start of their writing journeys? What craft and career advice could you share?

Ask yourself, if you could only write one story, which one would it be? Work on that first.

When it’s done, or needs a rest, ask the question again. Repeat.

Nothing is wasted. Ever. Not your effort. Not your words. You have to write your current draft before you can write the next one. It will teach you something you need to know, I promise. It may only be one word, phrase, sentence, paragraph, or chapter, but you’ll need it for the next round.

Writing is discovery— about ourselves, our characters, our world, and the ones we create. We can’t pre-empt the next draft, though I certainly wish we could. That only happens in fiction. 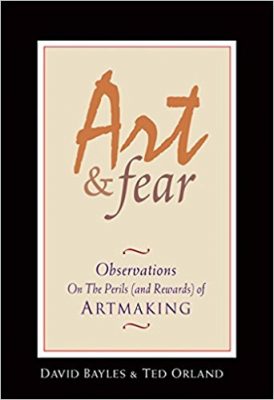 David Bayles and Ted Orland say it best in their book Art & Fear (Image Continuum, 2001), “Vision is always ahead of execution.” While this makes sense to me, I have to constantly remind myself of it.

Be present to your current manuscript. Don’t hold back an idea for this story for a future one. Use it. If it doesn’t work, you can always cut it. Give 100 percent to this work.

Overwriting happens. If one of your stories has this condition, let it sit. For years. Work on other projects.

After eons have passed, if it still calls to you, reread it. Do sparks of new possibilities appear? If so, dive in. If not, let it steep some more, or adopt a character or the setting or _____, or never look at it again. FYI, in Blue Skies, Glory Bea’s grandmother was a matchmaking mermaid in one of my in-the-drawer-for-good stories.

Join a critique group. Give and receive feedback as a gift. Be generous with your encouragement and astute questions.

Celebrate the success of others in the writing community every chance you can.

What do you wish for children’s-YA writers, illustrators, and readers, looking to the future?

For writers and illustrators, I wish that we would thrive.

Be brave. Grow stronger. Be allies for each other.

For readers, I wish multitudes of stories that resonate with their hearts and souls and minds.

To always work on the story that answers the question: If you only have one more story to tell, which one will it be? I’d love to connect more with readers in person and online.

And follow all of the advice I gave to apprentice and new writers. It all still applies to me.