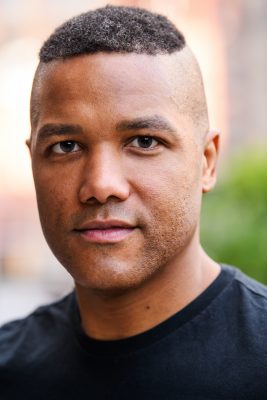 Today, I’m excited to welcome Kevin Noble Maillard to Cynsations. Kevin is a professor of law at Syracuse University, a journalist, and a member of the Seminole Nation. His debut picture book Fry Bread: A Native American Family Story is illustrated by Pura Belpré-award winner and Caldecott Honor-recipient Juana Martinez-Neal (Roaring Brook/Macmillan, Oct. 2019 ).

What was your initial inspiration for writing Fry Bread?

I went into this wanting to write a board book, something fun and bouncy. My son was two years old at the time, and it was so hard to find a book that had any Native characters in it.

I had heard of #WeNeedDiverseBooks, but all that attention to variety in character and story produced very few books for or about Indian children. If there were any books at all, most of them focused on Pocahontas or pilgrims, and were not written by Native authors.

I was amazed at this absence, and it seemed like such an enormous gap in children’s literature. I knew of Joseph Bruchac and Cynthia Leitich Smith, and I eventually found Julie Flett, but I was having a hard time pulling together a collection of titles for babies and toddlers.

I simply wanted a book for my own very young kids about Native people that were alive, modern, and not mythical.

Cynthia did this with Jingle Dancer illustrated by Cornelius Van Wright (HarperCollins, 2000) and I knew there were so many other stories to be told. So pretty naively, I decided to write my own.

I gave my first draft to Connie Hsu at Roaring Brook Press. It had two characters with cute names. It rhymed. It was very straightforward and direct. I was so proud of it.

Connie, who grew up in Alabama, is a master at diplomacy. In the nicest, most bless-your-heart kind of way, she let me know that my rhymey couplets were not working. She told me to go for a lofty, lyrical, symbolic story.

I was not thinking of myself as that poetic kind of writer. I had never written anything creatively, but I had a definite idea of what I wanted to do. I took six weeks to circle back, dig down, and write what I never thought I could, and gave Connie a big surprise.

I looked at Roaring Brook’s entire catalog. There’s a certain artistic flow to all of their titles, and the books are just spectacular and moving.

Tony Johnston’s Sequoia, illustrated by Wendell Minor (2014) was really helpful for me, as was Last Stop on Market Street by Matt De Le Pena, illustrated by Christian Robinson (Penguin, 2015). Both titles have a big, rolling magic moment of glory about three-quarters of the way through—where there is a big, two page spread and the words are really royal—and I wanted that for my own.

I like to think of writing as a king of song creation, even in stories that do not rhyme. I can hear these rhythms and melodies of beautiful words in other people’s books, like Traci Sorell’s We are Grateful: Otsaliheliga, illustrated by Frané Lessac (Charlesbridge, 2018).

All the familiar elements of songwriting are there. There is an introduction, then a verse, and a chorus that is repeated. And then there’s the best part—the bridge—that is always very invigorating and grand, and this is where the big message comes out. Then the chorus comes back for a final goodbye and parting note.

I always imagine huge, symphonic arms that are open wide, like the Christ the Redeemer statue in Rio, and the words are flowing out and dancing in the air around it.

There’s this phrase from Last Stop that says it just perfectly: “He was lost in the sound and the sound gave him the feeling of magic.”

I love to let those words just sit and let go. It’s amazing how that simplest but choice combination of words can convey so much meaning and elicit so much emotion.

I’m a fan of everything camp and melodrama, but nothing hits me like the quiet power of understatement.

I have two immediate networks, and it’s been so important to hear about other people’s experiences. First, there is the New in ’19 group of debut picture book authors. It’s a good sized group—at least 40 people—and we share our books and support one another in reviews.

The second one is a group of Native writers, really organized by Traci Sorell, who is a born leader and totally dedicated to promoting the work of Native writers. Debbie Reese has supported me from the beginning, and she has been great about pairing people together.

I’m definitely not the first tribally enrolled author of books for children, but it’s awesome to see so many more new people come into the scene.

I’m also a law professor and journalist, and my work has always focused on illuminating “hidden” stories, especially about families. Of course, these stories are in plain sight, and now we have more writers influencing the flow of attention to these narratives.

So for me, writing children’s books is right in my field, and I am writing about things I have always written about, except this time, the audience is shorter.

Who’s the fry bread maker in your family?

Just like any other Native family, it used to be an old lady. Two of them, in fact. They were my aunts, and they both made it. There was a bit of competition to see who made it best. But when they got older and died, there wasn’t anyone to make it anymore. I really missed it, and no one else was stepping up to assume the role, so in my family, I became the fry bread lady.

One of my favorite things about your book are the end papers that list U.S. tribal nations. My eyes filled with tears when I saw my own tribe, Wichita and Affiliated Tribes, there. To feel seen in a book as a Native person is an emotional experience I can’t put into words. As children, many of us did not see ourselves in books. How did the idea to include tribal nations come about?

This was Juana’s fantastic idea. She wanted every Native person reading Fry Bread to be seen. Most people think of the big, powerful tribes: Navajo, Cherokee, Choctaw, but there are so many hundreds more out there. To see all of these names in one place is a way of demonstrating the massive diversity of Native America, and it’s also a way of asserting the persistence of each one of these individual Nations. We are definitely still here.

How did you feel seeing your own tribe listed?

I put Seminoles all over the book: the patchwork patterns in the clothing and objects, the end papers, and also in the manuscript. But seeing these pictures and words all together for the first time was overwhelming.

My editor emailed me a PDF of the book, and I opened it while I was on the 2 train in Manhattan. Tears everywhere.

What do you think about readers’ reactions to the end papers?

People have been posting pictures of their fingers pointing to their Nations. It’s been very special to see people recording and sharing their validation to the world, especially from members of the smaller or state recognizes tribes. People finally feel like they are being seen.

Kevin Noble Maillard is a professor and journalist who lives with his family on the 13th floor of a 115-year old bank in the heart of Manhattan.

He is a regular writer for the New York Times, and has interviewed politicians, writers, tribal leaders, and even some movie stars.

When he was 13 years old, he won a fishing derby for catching 72 fish in two hours. Originally from Oklahoma, he is a member of the Seminole Nation, Mekusukey band.