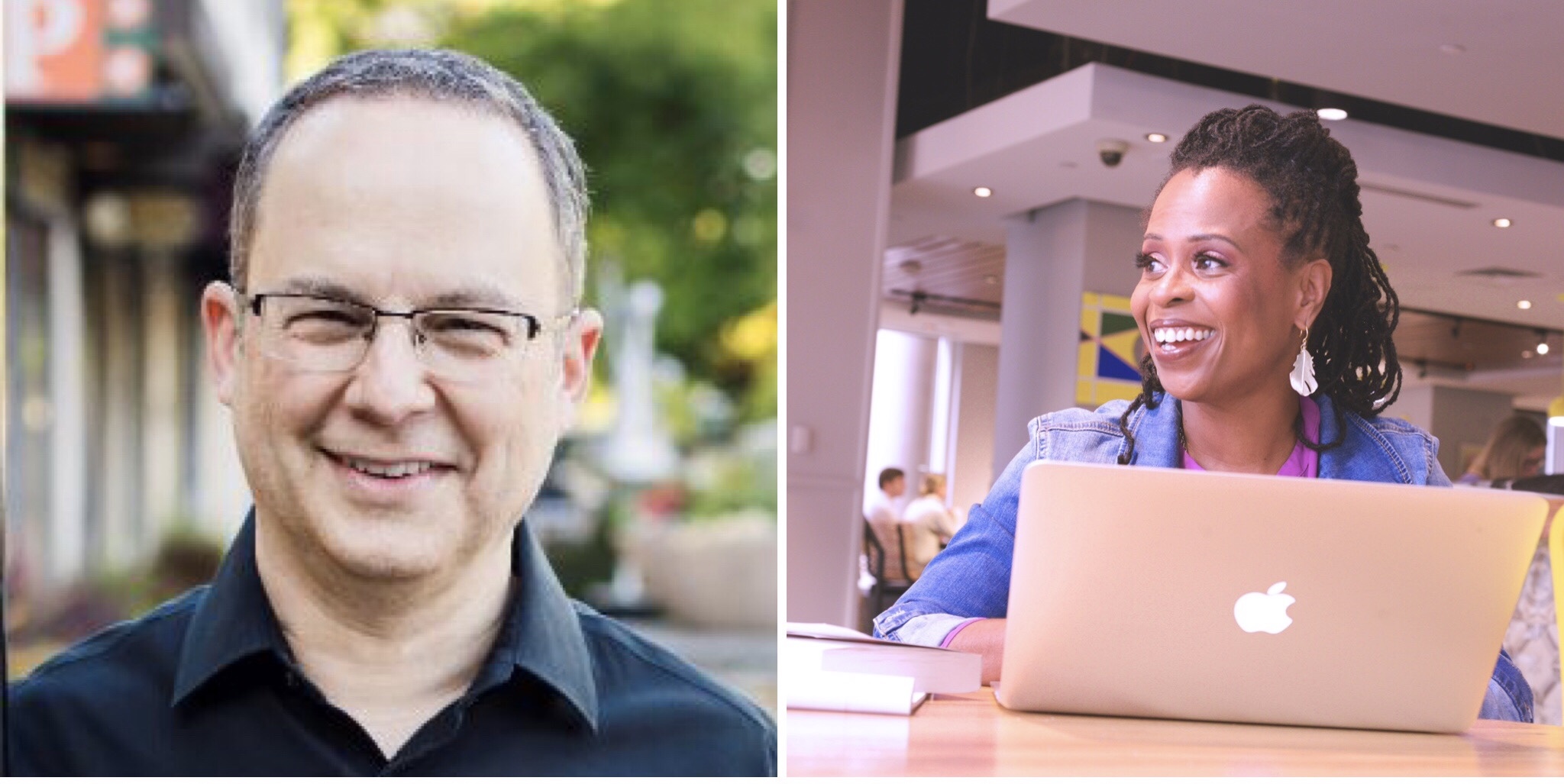 Brian Weisfeld’s novel with Nicole C. Kear, The Startup Squad (Imprint, 2019) and Alicia D. William’s novel Genesis Begins Again (Atheneum/Caitlyn Dlouhy, 2019) were both inspired by the children around them. They’ve shared their inspirations and insights they’ve gained along their writing journeys. Welcome, Brian and Alicia! 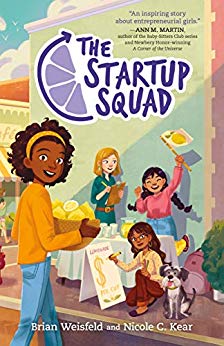 I was a business guy before I was an author. I spent my career helping visionaries scale and build companies including IMAX Corporation and Coupons.com.

But five years ago I was inspired by my two daughters to create The Startup Squad.

When my older daughter (now thirteen) was eight, she sold Girl Scout cookies for the first time and ran a charity bake sale with a friend of hers. Both times she was so excited to be doing it! But she had no idea how to actually get someone to buy something from her.

It was my wife who told her to say, “Good morning” to get people’s attention, and to look people in the eye when she spoke to them, and to tell people that the proceeds were going to charity so that even if they didn’t want to buy a cookie they might still give her a couple of bucks.

Then, one Sunday morning, I was lying in bed reading books with my girls. My older daughter was on my right side reading Who Was Queen Elizabeth? by June Eding, illustrated by Nancy Harrison (Penguin, 2008) from the Who Was series of books (I think those books are so well done). 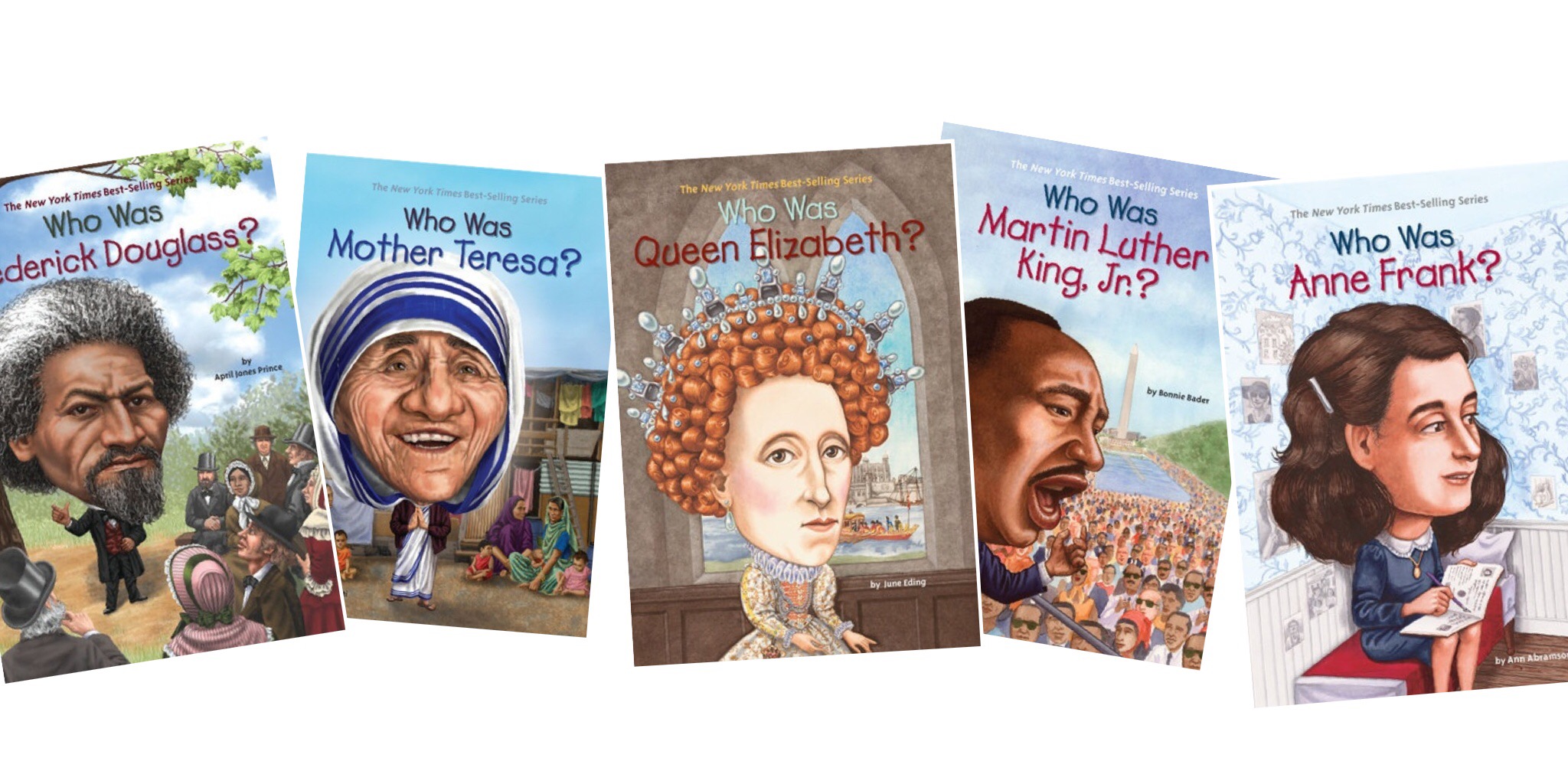 My younger daughter, who was in kindergarten at the time, was on my left side. As fate would have it the book she wanted me to read to her was a little less empowering. At that moment, I had a spark of inspiration.

I decided then to write a novel series for girls to inspire them to open their first businesses and to empower them with an entrepreneurial mindset.

I believe that the experience of entrepreneurship–opening your first lemonade stand or bake sale, learning the basics of sales and marketing, and most importantly, learning the intangible traits of grit, a growth mindset, risk-tolerance, and how to get back up once you’ve been knocked down–provides a tremendous foundation that can give girls a greater opportunity for success in life, no matter where their passions lie.

That was my inspiration to create The Startup Squad.

Next, I had to figure out how to do what I call “bake the broccoli into the brownies”–to make sure that the kids didn’t smell the lessons embedded in the books. I asked hundreds of girls to read the original manuscript that led to my publishing deal and each girl’s feedback made the manuscript stronger and stronger. And of course my co-author, Nicole C. Kear, has an incredible touch when it comes to writing a great story filled with engaging characters so that it doesn’t feel didactic.

Third, I had to hide the fact that I was writing a book from my kids for as long as possible. My daughters were my first beta readers, and I was afraid that if they knew they were reading “Daddy’s book” they wouldn’t give their honest feedback. So I told them that “my friend” was the author of the book that they had read new drafts of every week!

Finally, I had to expose myself creatively for the first time in my adult life. I had always been “left-brained,” logically helping entrepreneurs build companies. Writing was totally different. It was my right-brain’s awakening, and I was afraid and embarrassed to share my creative output with anyone. But I also knew that I needed feedback in order to know if I was onto something and to see if I had the ability to write a book.

I had moved from New York to Silicon Valley ten years prior. So I decided to only share the first drafts of the book with my friends in New York. That way, if my writing was absolutely awful, I wouldn’t risk it ruining my reputation and job prospects in my new home! Pressing Send on that manuscript for the first time was one of the hardest things I’ve ever done. 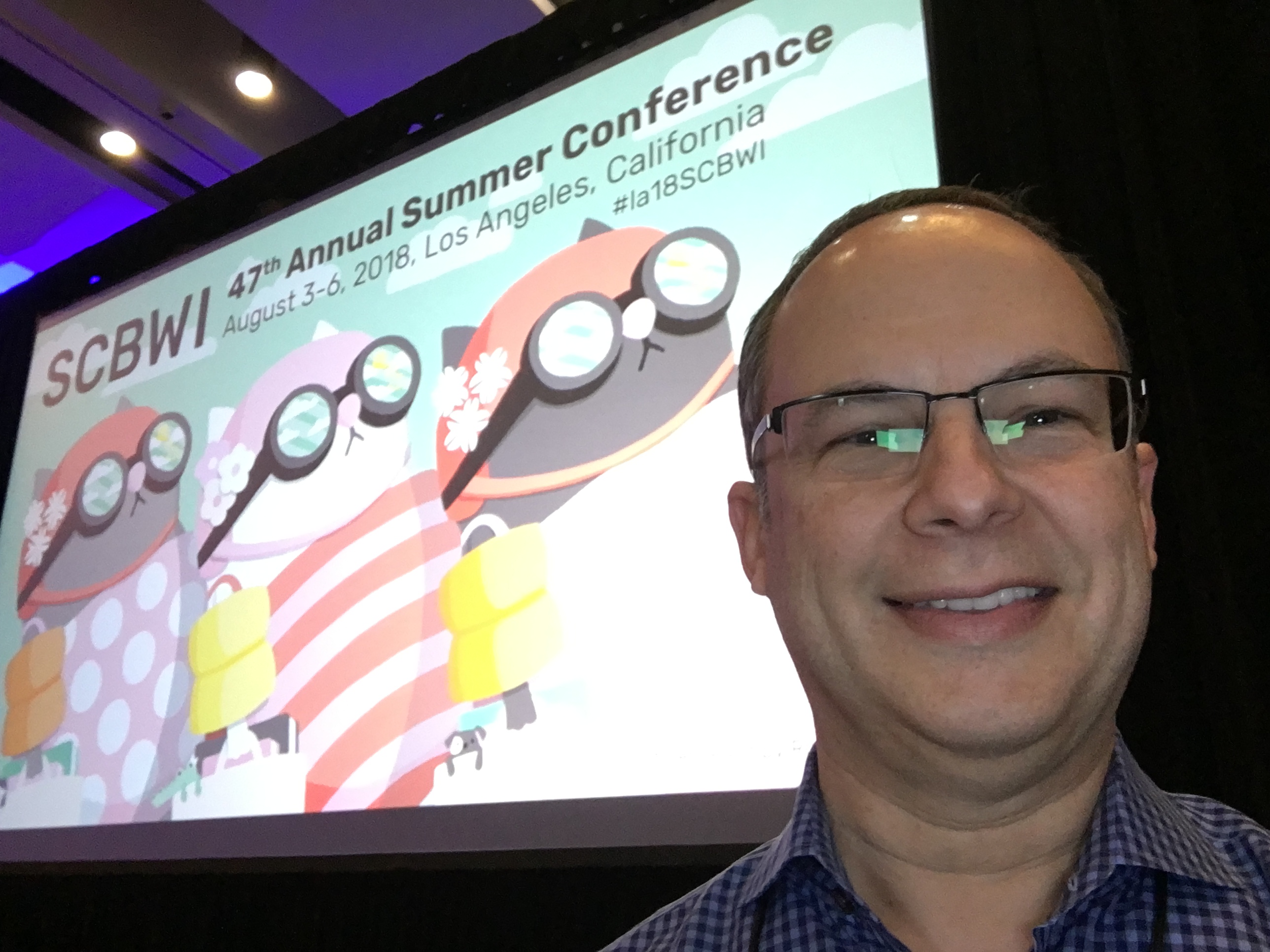 Interestingly, I would say the best and worst were the same moment. Early in my journey, I attended a writing conference at which I submitted the first ten pages of my manuscript for a critique from a real-live editor at a publishing house.

I walked into that critique meeting knowing that the editor was going to sign me on the spot! I just had a feeling. But of course, that didn’t happen. In fact, her critique was absolutely brutal. She hated everything about those ten pages and was not shy about telling me so.

Two examples. She wrote in the margin next to one scene: “All I have to say to this is DUH.”

Next to a scene of dialogue between two of my sixth grade girl characters she wrote: “I was surprised that you have girls yourself.”

Ouch. That was by far my worst moment.

But it was also a wake-up call. She was telling me in no uncertain terms that writing this book was going to be much harder than I thought. I had to decide if this was something that I really wanted to do. If so, it was going to require far more work than I had put in at that point.

I left the conference, drove to a nearby town, and parked myself on a bench to think about what I was going to do. For a number of reasons, not the least of which that someone had just told me that I wasn’t going be able to do this, I decided that I was going to go for it.

I sat on that bench and read every word of that critique to decipher its true meaning. For example, when she wrote “I was surprised that you have girls yourself,” I realized she was telling me that my dialogue needed to be realistic. I stayed on that bench dissecting her critique for over an hour—and then promised myself that I would never look at that critique again.

To this day, I still have not reread it. But here’s the thing–she was harsh, but she was absolutely right. My writing was awful. She made it clear that I was going to have to work a lot harder to make this happen.

So I decided to redouble my efforts. I went to more writing conferences, took more writing classes, and even hired freelance children’s book editors to help me. That was the moment that led me on a path to my publishing deal and so in a way was also my best moment.

Had she gently said to me “I think your dialogue can be stronger,” I’d be reading this interview instead of writing it. She gave me the kick in the pants that I needed at the exact time that I needed it and I thank her for it.

Funny story, I bumped into her at a book festival a couple of years later and had the chance to do exactly that!

The two things I would recommend are related. First, learn how the publishing industry works. Like every industry, it has its unique customs, procedures, language, and cultural norms. Learn them so it seems less like you are a beginner and more like you are a pre-published writer who knows the ropes. Read books about the industry. I started with Lisa Rojany Buccieri and Peter Economy’s Writing Children’s Books for Dummies! (For Dummies, 2012).

Do online research, go to writing conferences if you are able, and meet as many people in the industry as possible.

The second related tip is to join your local SCBWI chapter (Society of Children’s Book Writers and Illustrators) and try to attend its events. SCBWI exists in part to help aspiring authors become published authors. It has a wealth of resources and a lot of friendly people who share your aspirations.

My local SCBWI San Francisco/South chapter has not only helped me along my publishing journey but has introduced me to a great support network of fellow writers that I am proud to call my friends.

As an author-teacher/librarian/agent/publicist/editor, how do your various roles inform one another? 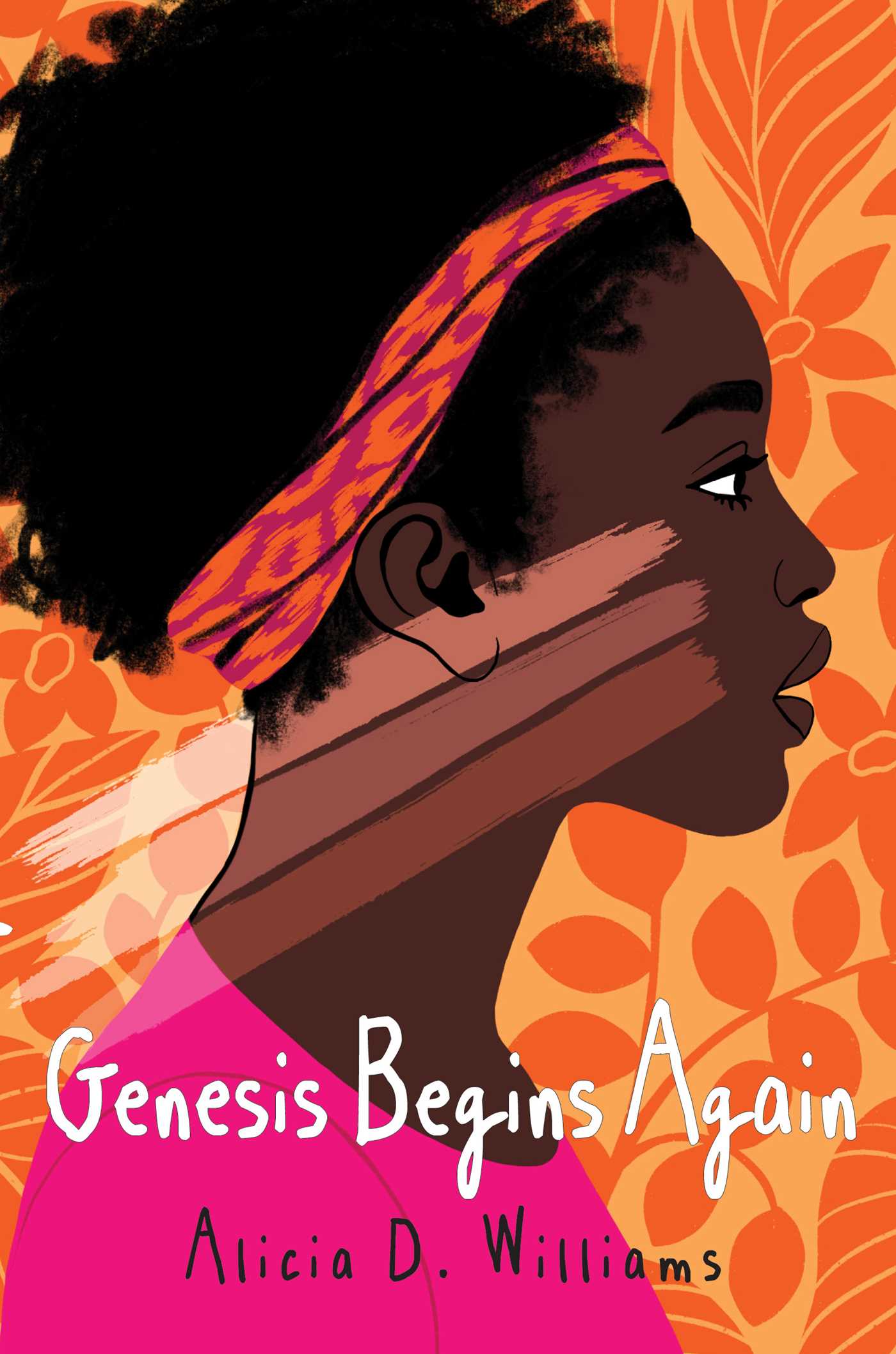 Being both a teacher and writer, I’ve learned to use my experiences for inspiration and influence. I’ve even been inspired by after-school conversations with peers.

While working on Genesis Begins Again, I was a teaching assistant in kindergarten. During circle time, I took note of how children viewed themselves and their world. Also, at the beginning of every year, we’d notice the children of color, regardless of ethnicity, would never choose a brown or dark skin tone crayon from the multicultural crayon selection. Or, they would lightly, barely shade in their faces. I explored the why in my story.

I also listened to their curious comments to the stories being read aloud and wondered again.

When observing or interacting with students, I’m constantly wondering what life is like for them–at school, home, or even out and about. All of these different discoveries are filed in my mental Rolodex to be used as needed. And as a storyteller, I love love love reading aloud to my students, and they love it too.

Lastly, as a teaching artist, I combine both for arts-integrated lessons to get students to write using drama, movement, and music.

The best part of publishing was having my book go to auction. That was really exciting! But it was terrible to think that I loved all of these great publishers, but had to choose one and say no to the others. Erg!

Another best part was to know that a story I’ve been working hard on would one day be a real book—on bookshelves!

The worst of that, well, publishing takes a long time. It’s not zip, zam, boom, at all. My experience took four years and I watched people get book deals and then celebrate their launches while I waited. Now I realize that it was all for the best because Genesis had to bake in the oven and come out just at the right time.

What really worked for me was learning the craft. I talked talked talked about writing and dabbled in it. However, it wasn’t until I went to graduate school did my world of writing expand, not just with the craft, but also with literature. My courage and confidence grew, which definitely helped me to trust myself more. And most importantly, fall in love with kidlit and love children. In order to write this genre, I do believe you have to love the audience you’re creating for. 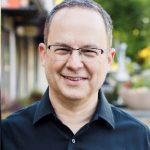 Brian Weisfeld has always built businesses – from a gummy bear business as a kid, to IMAX Corporation and Coupons.com more recently.

Brian is the Founder of The Startup Squad, an initiative dedicated to empowering girls to reach their potential, whatever their passions.

Brian lives in Silicon Valley with his wife and two daughters. 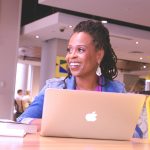 Alicia Williams is a graduate of the MFA program at Hamline University. An oral storyteller in the African American tradition, a Master Teaching Artist of arts-integration, and she is also a teacher who lives in Charlotte, North Carolina. Genesis Begins Again is her debut novel.